A trial with too many errors 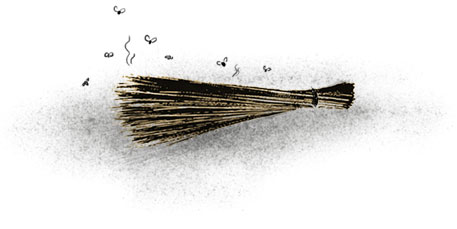 IN THE past one month, the Aam Admi Party (AAP) has grabbed headlines for all the wrong reasons. For a party that emerged out of a public protest against corruption and assumed power twice in the capital, these developments have large ramifications. For the impatient middle class, with hardly mature political perspective, AAP represents an “alternative” politics. But as the intra-party squabbling suggests, there is not much difference between a mainstream party and the supposed champion of public cause.

Here, I will limit the debate to the problems that AAP outlined and the solutions it promised. The failure of the party to address pressing concerns of everyday life could crumble the democratic structure. At least, without any alternative to the current system of governance, it is most likely to reduce people’s faith in it.

Let us look at some issues that AAP capitalised on during the election campaign. The party promised clean water, access to energy, better public transport and an overall transparent government setup that reflects public concerns. In the first month of its governance, AAP leaders definitely retained the focus on these issues. But their solutions, as outlined by AAP, are no different from other political parties. This is a bad sign given that other parties, in the past, have miserably failed in keeping their word.

AAP is focusing too much on cheap electricity and water. And it has hardly applied logic to solve the problems ailing the public transport sector. It has made promises, but the same ones have been made by other parties too. Instead of conceptualising new and practical measures, AAP is trying to perpetuate old practices. For example, affordable water is necessary for the economically weaker section. But claiming fulfilment of its electoral promise on the basis of just one action is a disservice to those people who are not connected to the water supply system. The new rebates for water supply are anyway limited in scope. Similarly, AAP has decided to scrap the Bus Rapid Transit system. But these steps are hardly “alternatives” that the people of Delhi voted for.

This is where the buck might stop when it comes to voters’ choice for an “alternative”. The ones who will suffer the most are civil society groups whose movement gave birth to AAP. It is most likely that people voted this party to power looking at the credibility of its candidates and the voluntary groups associated with it. Most of these groups have been working in the public domain for decades and in the process have created a space for alternative voices. Does AAP’s failure mean that people will lose faith in civil society groups too?

There is already internal unrest among the members of these groups who have been directly or indirectly supporting the AAP experiment. Many of them contested the last general election as AAP candidates. But now, many are overtly withdrawing from the party with the dissatisfaction that the experiment never lived up to people’s expectations. Many feel that their association with AAP will eventually hamper their own public credibility and the issues they have been fighting for.