We know the causes of air pollution, but in the political theatrics around it, each solution suggested is contested 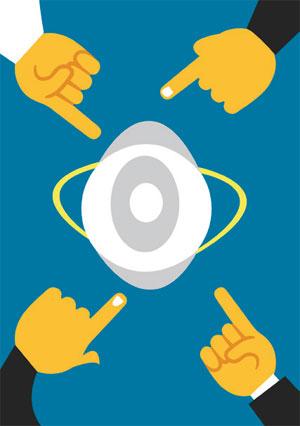 An indication of just how severe the air pollution over Delhi is the soaring price of air tickets to places like Goa as the middle-class flee the city. What an indictment.

Then, we are told that United Airlines has stopped flying to Delhi for the same reason. Earlier it distributed masks to passengers as they landed in Delhi. This is when the US is busy dumping its petroleum industry’s toxic waste on the global market and we in India are equally busy buying it up. What a shame.

The fact is that pollution levels in north India, Delhi and its surroundings were alarmingly high in the past fortnight. The PM2.5 concentration was in the emergency category, it was (and remains) very bad for our health. The reasons are many, and usual—anticyclonic conditions, in which winds brought dust from Kuwait, Saudi Arabia, Iraq and particles from burning crops in Pakistan, Punjab and Haryana. This collided over Delhi with moisture-laden winds from the east. The ground level conditions were still and there was no dispersion. So, we had a cloud of pollutants hanging over us. We suffocated. But winds would blow and the crisis would be over. The problem is that we have done nothing to reduce the causes of emission.

Instead as the pollution spiked, so did the political drama in the media. I am not sure what is worse in Delhi today? Toxic air that is killing us or the political theatrics that come with each smog incident—slugfest over who is to blame and quick-fix, get-popular-first scheme announcements. It would almost seem that everybody loves a high pollution episode.

The problem is that we don’t want solutions. That will hurt somebody’s interest. We want the problem to go away without doing anything. Let me explain. We know the causes of air pollution: vehicles, industries using pet coke, furnace oil and coal, burning of garbage, dust on roads, construction activities and farmers who burn crop residues because their options are limited. But what we forget in this theatre is that each solution suggested is contested.

For vehicles, the big game-changer is to improve fuel and technology to BS VI—standards that will lower emissions. But for years, vehicle manufacturers contested that this could not be done by 2020. The government sided with them setting 2028 and then 2025 as the transition date. The same fight (and these are not drawing room arguments) took place when vehicles had to move to BS IV this April. Companies wanted more time as they had built up stocks of dirty vehicles. Their argument, “new vehicles are not the problem. Go after the old. We are only 1 per cent of the problem”.

It is now globally understood that diesel is a special problem, as these vehicles have the license to pollute much more than petrol and also emissions are carcinogenic. So restraint on diesel is critical. But the lobby is powerful; companies make profits out of the price differential between petrol and diesel; we, customers, love the giant SUV that runs on cheaper fuel. We are all complicit. But touch it and the answer is, “We are only 1 per cent of the problem.”

The problem is that whatever you can do to clean up vehicles, if we keeping adding like there is no tomorrow, there will be no tomorrow. So, there are two policy changes—first to augment public transport and second to make driving more expensive through increased parking charges and taxes. But this is the classic chicken and egg dilemma—but one that remains stillborn. No action on one means no action on the other. There is outrage, but there is no accountability.

Then of course, there are the power plants that run on coal and the system that promotes the dispatch of cheaper electricity from older plants. But again, ask for changes and you will be told, “hands-off”; this is essential for economic growth of the country. Then ask for bans on the use of individual generator sets and you will be told, “Why us, we are only 1 per cent”.

Then, say that pet coke—the world’s dirtiest fuel—should not be imported. Explain that countries like the US and China have restrictions on its use and are dumping it on us. Even the Ministry of Environment, Forests and Climate Change opposes this but says, “it is only 1 per cent.” It does not explain just how disabled and broken its system of enforcement is.

The only issue on which everybody agrees is that farmers in Punjab and Haryana are to blame. They are responsible, says our Chief Minister and goes on indulging in the worst political cat-fight with his counterparts. Here the solution is to provide alternatives to farmers so that they do not burn stubble.

The tragedy is why do something if one can escape by shouting and throwing stones at each other. But that is because we believe the war on pollution can be “won” on television debates. It’s time we really smelled the air.