Change the mindset from ‘last mile’ to ‘first mile’ 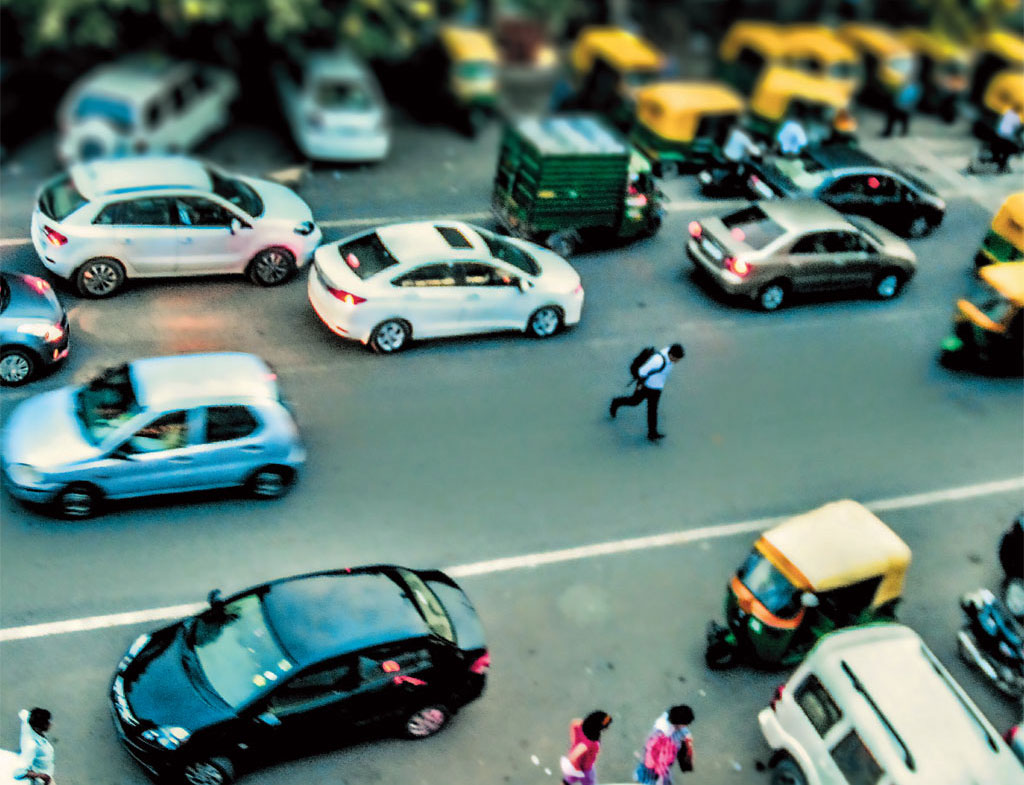 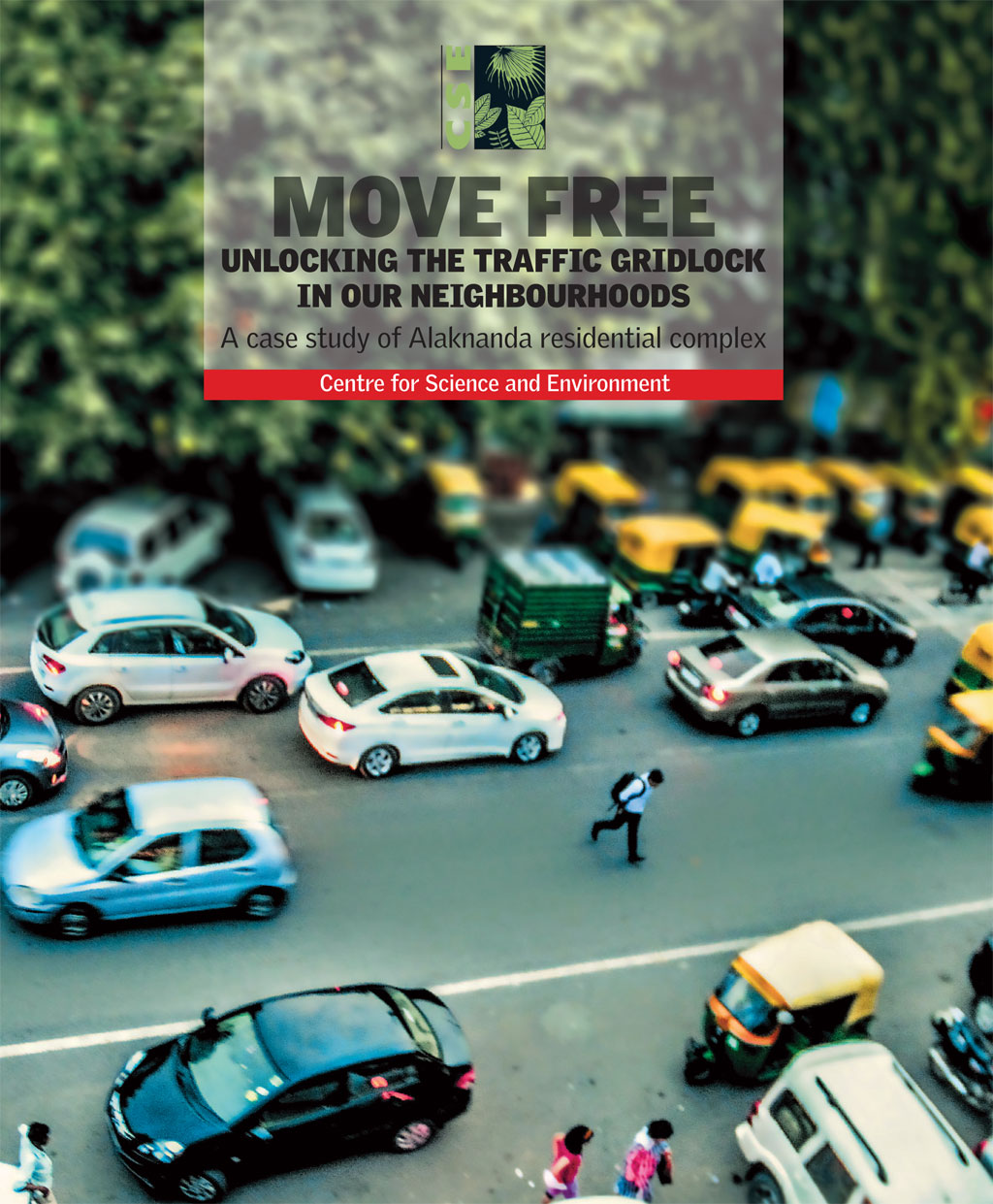 Often the famous “last words” in any urban mobility conversation are about “last mile connectivity”. And I wonder, why “last mile”? Such a view is possible only when urban planning is top-down.

It is the policy makers’ bird’s eye view that sees only the need for big wide roads for motor-driven people to reach somewhere without really knowing the map of the last mile. Policy eyes do not see beyond the arterial roads. For them, it is always about the homebound bird in the evening and not the early bird leaving home in the morning. And that is the problem.

The plan and polices do not allow people to have choices about their modes of travel before stepping out of homes. This is because the policy mindset has confused the "first mile" with the "last".  Last mile is always the postscript to big infrastructure planning.

This was very clear to us when our team at Delhi-based non-profit Centre for Science and Environment (CSE) reached the door step of residents in some prominent neighbourhoods of South Delhi for a "bottom-up" study.

We walked through the colonies of Alaknanda, Greater Kailash II and Chittaranjan Park. It was clear that without addressing the local reasons that are making residents captive users of cars, Delhi cannot solve the problems of pollution and congestion.

The thoroughfares—either 24 m or 18 m wide—are already loaded with ever increasing traffic due to multiple car ownership and exploding through-traffic from surrounding arterial roads which do not have adequate street network to allow more efficient dispersal of traffic. These local streets are becoming conduits of unprecedented peak traffic which is already more than two times the designed capacity of the streets. This makes entry and exit from homes a daily battle which adds to stress and ill health.

Can we move freely in our neighbourhoods?

What a mess! Nearly all available public spaces and streets have been grabbed by car owners seeking free parking. On Alaknanda street, the actual on-street car parking area is more than 3.15 times the legal parking area.

The situation is worse in Chittaranjan Park. Twenty-eight per cent of its geographical area has been used up by car parks. If the entire Chittaranjan Park area gets built to the maximum allowable floor area ratio under Delhi Master Plan 2021 and the generous minimum parking norms are enforced, the parking demand alone would eat up as much as 75 per cent of its area.

The parking crisis is bad enough today. The future looks scary. All its inner streets, which are 6-8 m wide, are choc-a-block at night. This makes any emergency exit or entry a nightmare. Parking is a social crisis in this neighbourhood just like in any other neighbourhood of Delhi.

I was shocked when I heard murmurs in Chittaranjan Park about some residents eyeing the precious parks and playgrounds meant for their children to have multi-level car parks. This is madness in a city where doctors are warning us about inactive childhoods and growing childhood obesity and diabetes. The revised Master Plan will not allow this.

But I was pleasantly surprised when, during a night time survey in Alaknanda, we found a residential car park behind Alaknanda market. Residents pay a rent of Rs 1,000 per month for only night time parking or Rs 1,500 a month for 24-hour parking. This is an interesting trend and consistent with best practices.

In Tokyo, legal parking areas in residential neighbourhoods are limited and are priced. This has led to a thriving rental market where people pay a rent to privately managed neighbourhood parking lots.

Take the example of Kolkata which has a very high street density and also, a high proportion of narrow streets less than 18 m wide (as in Chittaranjan Park). Kolkata Municipality does not allow night time parking on these streets in residential areas. This has led to development of a private off-street parking rental market.

Also, look at cities of Rajasthan or in Gangtok, Aizawl and Shimla where buying a car without proof of legal parking is not allowed. If others can do it, there is no reason why we should say no.

Imagine the enormous revenue that neighbourhoods can generate from parking and which can be spent on local area development. Only a few hundred cars parked on a small stretch behind the Alaknanda market are generating more than Rs 13 lakh based on the current monthly rates.

Walking in this neighbourhood, however, is an extremely stressful exercise. Footpaths are choked and encroached. Crossings are unsafe. Many fear crossing roads in this area. There are several schools where children could have easily walked and cycled, but under current conditions, they are clutching their lives with their hands.

Our street safety audit has shown that proper footpaths are available in around 70 per cent of the total length surveyed in Alaknanda and in most cases, do not conform to the Unified Traffic and Transportation Infrastructure (Planning & Engineering) Centre or UTTIPEC street design guidelines. In several parts, the footpaths have been barricaded by railings that make them inaccessible. Grills and views blocked by parked cars have made footpaths unsafe and vulnerable to crime.

This has turned even the shortest of trips which are easily walkable into polluting car trips. Our survey around Alaknanda market has shown that a quarter of all visitors come from within 1-2 km and another 20 per cent from 2-3 km. Overall, 77 per cent of all shoppers are within 4 km of the market.

Despite being nearby, the majority take cars to access this market. A stunning 48 per cent—almost half of all shoppers and shop keepers—come by car and 23 per cent by two–wheelers. Imagine, if all were given nice walking and cycling access or Intermediate Public Transport (IPT) connectivity, a significant proportion of these motorised trips could have become zero pollution trips and would have lessened traffic pressure. Think of the per capita energy wastage, emissions and wasteful use of road space when 84 per cent of cars that come to Alaknanda market have single occupancy.

What travel options do residents have when they step out of their homes? A scary story is unfolding. I was horrified to see Chittaranjan Park, which had seven bus routes and mini buses serving it a few years ago, now left with only one bus route.

Earlier, bus stops were vibrant community spaces during morning peak hours when students and office goers would line up to get direct access to key institutional areas. Silently, all except one bus route has been withdrawn by Delhi Transport Corporation (DTC). Congestion and poor turning radius are some excuses.

Bus stops are deserted and act more as rain shelters. What is the point of Delhi government aiming to have 10,000 buses when bus services are curtailed from colonies to make people captive users of cars? These neighbourhoods are otherwise advantageously placed close to the violet line and the new Phase III line of Delhi Metro Rail Corporation (DMRC). But they are not connected by frequent and reliable feeder services.

Put your ear to the ground

Only if residents understood and agreed that solutions are possible. It is fascinating the way public anger and protests in these and other neigbourhoods in Delhi are shaping opinion and changing the bottom-up grassroot politics around liveability. That is the hope and the way forward.

Our politicians need to understand the power of this change. There is already organised community action in these neighbourhoods engaging residents in the debate to assess the problems and suggest solutions. Prominent professionals are coming forward to provide technical support to the community action. The United Residents Joint Action supported by several resident welfare associations are already at the forefront of building public understanding of local concerns and community support for meaningful action.

Change the practice. Save us from the half-baked top-down prescriptions of fixes like retrofitting central verge, blocking crossings and turnings to prioritise flow of through-traffic and ignoring mobility needs of residents and big picture solutions.

Neighbourhoods require integrated street management and design for safe access for all as well as parking restraints and pricing to contain uncontrolled car ownership and usage. They needs to connect with the world as much as possible without using cars. Build public demand for public transport.

We have seen how with alternative design the existing right of way can be reorganised for walkers, vendors and public transport users, without disturbing the existing carriage way for vehicles. Markets can become beautiful plazas and vibrant community spaces.

Year after year, the Bengali community-dominated Chittaranjan Park has shown how the community can support and enjoy car-free days for three consecutive days during the Durga Puja festival. This can become the blue print to plan pedestrian areas and cut down short motorised trips.

Clearly, at the zonal level, the Public Works Department (PWD) cannot continue to build flyovers and underpasses on arterial roads which are traffic magnets. Already, the Sarita Vihar underpass has brought a deluge of through-traffic to Alaknanda area. Even when the PWD minister has gone on record saying Delhi will not build more flyovers, PWD is pushing the construction of more flyovers on Mehrauli Badarpur Road which was originally identified as a public transport corridor.

This must stop if we want local solutions to work in this zone of South Delhi. Do not keep designing roads for cars. Keep people, their health, and liveability of neighbourhoods at the centre of planning.

Let us face the harsh reality. Our neighbourhoods and our air shed can not bear the pressure of more parking and traffic. We and our neighbours cannot keep buying cars hoping that the government will do magic and conjure up infinite space and allow us its use free of cost. It is not the obligation of the government to give us unlimited parking spaces.

Government should only limit legal parking, penalise illegal parking, and let the market decide the parking rate according to demand. Use the earnings to develop local areas. Truly, there is no space left. If there is, then we need other local services—primary schools, nursing homes and banks. Only we can decide and make choices to have liveable neighbourhoods and a happy city.

Click here to read the full study conducted by the CSE team.