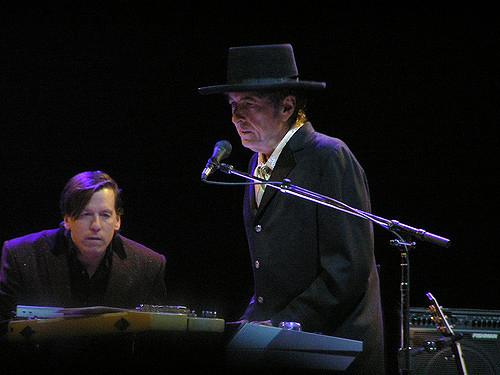 I usually get excited whenever I come across words of wisdom from great personalities who could either be a philosopher, poet, leader or songwriter. Famous lines, written in few words, establish a rationale that needs no detailed story or background.

"Marte hain aarzoo mein marne ki, Maut aati hai par nahin aati" (One dies longing for death/but death, despite being around, is elusive). This Urdu couplet by the 18th-century poet, Mirza Ghalib, was quoted by Justice Markandey Katju to convey the Supreme Court’s dilemma in rejecting a petition to allow Euthanasia—a practice of intentionally ending a life in order to relieve pain and suffering— to nurse Aruna Ramchandra Shanbaug in his 141-page judgment in 2011.

Time and again, the courtrooms in India witnessed poets and thinkers being referred in major judgments. The very recent instance was when the Supreme Court quoted, the iconic singer, songwriter and Nobel laureate Bob Dylan, in its judgment banning Bharat Stage III (BS-III) vehicles from April 1, 2017.

How Dylan settled the literal vs purposive interpretation debate in the Supreme Court?

From March 20 to 29, 2017, I witnessed courtroom wars between the automobile industry (backed by the central government) and the Environment Pollution (Prevention & Control) Authority (EPCA).

The country’s top counsels, including Abhishek Manu Singhvi and K K Venugopal, representing the automobile industry, harped on the fact that the Ministry of Road Transport and Highways notification for BS-IV vehicles in India clearly mentioned the word "manufacture" not the "sale or registration". They urged the court to read the literal interpretation of the notification rather than purposive.

After listening to all the arguments, the court, on March 29, 2017, banned the sale of BS-III vehicles in India from April 1, 2017. The detailed 32-page judgment was delivered on April 13, which made it clear that when health of millions of people in India is involved, notification related to commercial activities cannot be interpreted in a literal manner.

Justice Madan B Lokur emphasised this idea by referring Dylan in his judgment, "The various notifications do not deserve to be given a literal meaning but a purposeful interpretation. What is the mischief sought to be remedied and how best is it possible to remedy that mischief? To recall what lyricist and singer Bob Dylan had to say – the answer is blowing in the wind."

Other instances when Dylan stole the show

This was certainly not the first time when Dylan was quoted by any judge in India. In January 2017, the Kerala High Court, while rejecting a petition challenging the state’s liquor policy, said in its 46-page judgment that "what is today morally reprehensible and socially unacceptable may not be so tomorrow". It referred to Bob Dylan's song, “The times they are a-changing”.

Dylan is not only limited to courtrooms. In 2016, Prime Minister Narendra Modi’s address to the Global Citizen Festival concert overshadowed the Coldplay’s gig as he quoted the iconic refrain from the song, “The times they are a-changing”.

Dylan may again be quoted in future

After lobbying unsuccessfully for BS-III vehicles, the industry is trying very hard to delay the introduction of BS-VI vehicles in the country. The Society of Indian Automobile Manufacturers (SIAM), the body of the automobile industry, has hinted that introducing BS-VI vehicles from April 2020 is next to impossible. The SIAM is scheduled to be ready with its side of the argument in the coming weeks. As of now, the Ministry of Petroleum and Natural Gas has assured that BS-VI fuel will be available in the country from April 1, 2020.

Meanwhile, Dylan must be "a worried man with a worried mind” as he tells himself, "people are crazy and times are strange".