Why does Beijing value its citizens more than Delhi?

Both cities might have air pollution issues, but Delhi is way behind Beijing as far as awareness and solutions are concerned 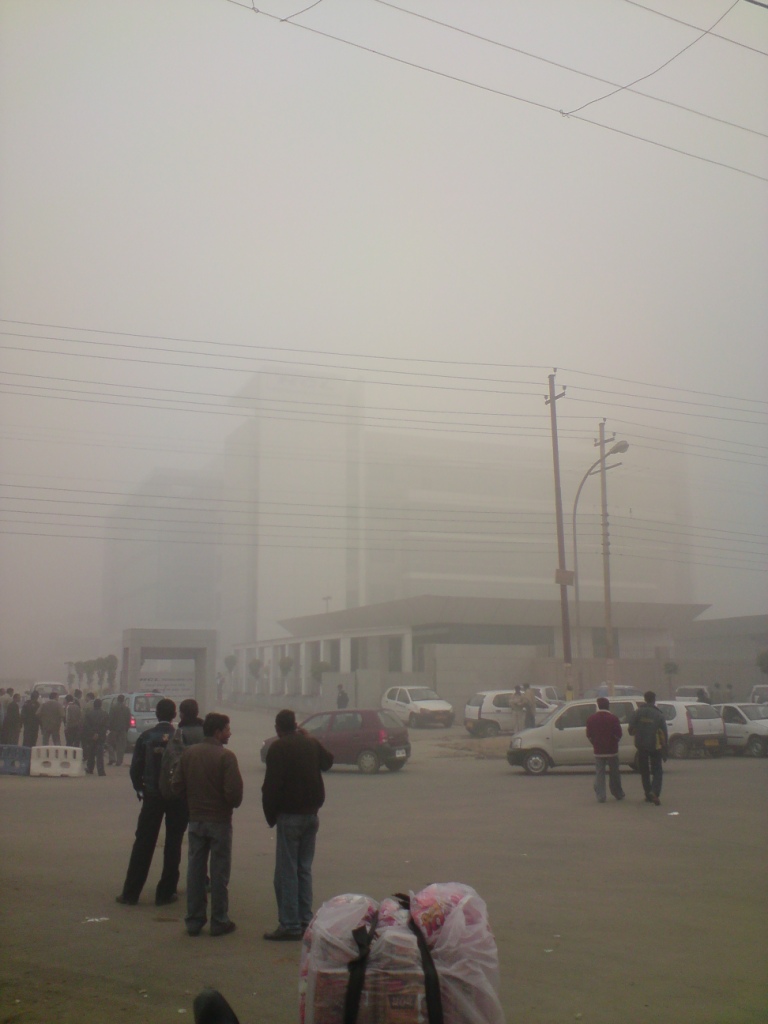 The authorities in Beijing declared a “smog alert” in the city on November 29, when China’s capital recorded a reading of 391 microgram/cubic metre for PM2.5. According to the air quality standards issued by the World Health Organization (WHO), the 24-hour safe standard for PM2.5 is 25 microgram/cubic metre. In other words, the PM2.5 values in Beijing were almost 15 times higher than the safe standards issued by the WHO. This warning came just before the 150 nations were gearing up for the biggest conference on climate change, the Conference of Parties (COP-21) starting in Paris on November 30,where all the leaders decide on mutual targets to tackle the issue of global climate change.

The Chinese Ministry of Environment Protection further forecast severe pollution for the greater Beijing region, western Shandong province and the northern Henan province until Tuesday, December 1. The ministry also asked its public to stay indoors as visibility became an issue along with public health at stake.

Like Beijing, New Delhi, the buzzing capital of India, has been plagued with bad air quality for most part of November. New Delhi loses almost 80 lives per day due to PM2.5. The national ambient air quality standard for PM2.5 in India is 60 microgram/cubic metre, over twice the World Health Organization standard. 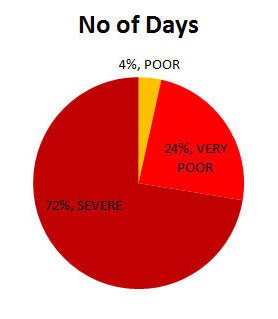 The air quality in Delhi has been ranked “severe” and “very poor” as per the national air quality index that categorizes the pollution based on a colour code and takes the value of the highest pollutant. For Delhi, it is mostly particulate matter (PM2.5 and PM10) that causes serious health troubles, PM2.5 being extremely fine particles that enter the human lungs and get trapped. The following table shows a categorisation of air quality in Delhi in the 30 days of November this year.

The air quality levels in Delhi for November were categorised as 'severe' and 'very poor' with PM2.5 levels categorised as severe for more than three consecutive days multiple times. This counts as a “smog episode”, when pollution levels rise and remain in the worst category of the air quality index for three consecutive days. For most countries, this would mean shutting down schools and industrial units, reducing cars, making public transport free and most importantly, issuing a health warning and advisory. However, there was no warning issued by the Ministry of Environment, Forests and Climate Change. Nor does the public have any health advisory issued advising them to stay indoors or avoid certain activities.

According to this analysis, 72 per cent of the days were “severely polluted” in terms of PM2.5 which is the worst category of air quality index. This means severe health problems not only for those suffering from allergies, respiratory and cardiac disorders but also healthy persons.

There are multiple factors adding to Delhi’s current smog situation including paddy burning across Punjab, local garbage and rubble burning and the ever- increasing number of private vehicles on the city’s roads. Delhi also has geographical factors because it is a landlocked megacity and has fewer options of flushing out this polluted air outside the city unlike Mumbai that has a coastal advantage.

While Beijing issued its smog alert at 391 microgram per cubic metre, Delhi has been ailing, with levels crossing 500 microgram/cubic metre. November 29 saw a huge half-marathon in Delhi where thousands of people gathered to run in the early hours of the morning. A real-time exposure monitoring carried out by a researcher of the Centre for Science and Environment (CSE)’s clean air and sustainable mobility team showed that average PM2.5 values during the marathon were 1,210 microgram per cubic metre, 20 times higher than the 24-hour national air quality safe standard for PM2.5. This is also 68 times higher than the 24-hour safe standard laid out by the WHO. These numbers are not just extremely big but also hold serious health impacts. Air pollution is now linked with stroke, Alzheimer’s disease and Parkinson’s disease as well. We are still struggling with a lack of a concrete air quality forecast and the visibility of the city has gone down due to the thick smog enveloping Delhi.

Why is the value of human lives so low in our city? Is it a no person’s responsibility to protect the public and also implement strict measures when the city is ailing and struggling to breathe? As a child, I would always look at constellations (Ursa Major, Orion), the bright red star and evening star. However, I struggle to see a single star now. There has to be an answer from the officials to the growing public health disorders arising from air pollution. Or is it the realisation that because our pollution levels are almost always in the severe category, Delhi will have to have a “smog alert” every day, which means everyone will have to stay indoors all the time? As per the most recent study, in 10 years from now, New Delhi will record the highest premature deaths from air pollution: 32,000 (Max Planck Institute, Germany). This does not mean the rest of India is safe. Currently, air pollution is the fifth-largest killer in India, with almost 650,000 premature deaths each year. I demand an answer to my right to clean air. WE demand our right to clean air.