Black carbon is a threat to Himalayan glaciers 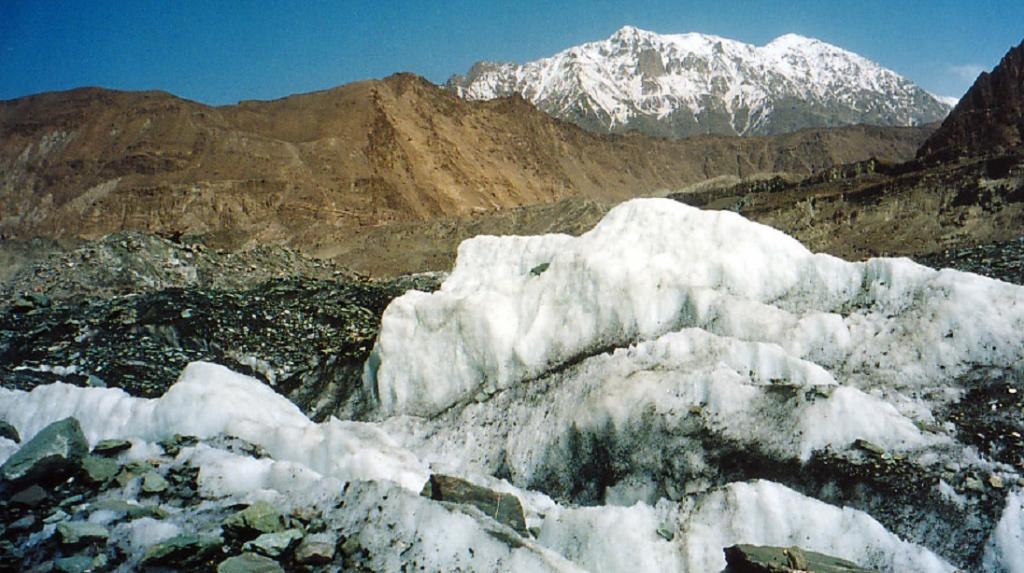 Black carbon, that often causes glaciers to recede, is emitted in the atmosphere due to incomplete combustion of fossil fuels in motor vehicles and aircraft exhausts, bio-fuel and biomass.

Both, India and China are the largest emitters of black carbon in the world, with emissions of up to 25-35 per cent. These figures are expected to increase dramatically in the coming decades, according to an April 2019 study in the journal Atmospheric Research.

Black materials absorb more light and emit infra-red radiation that increases the temperature. So, when there is an increase in black carbon in the high Himalayas, it will contribute to faster melting of Himalayan glaciers.

In the long run, changes in the atmospheric composition of the high Himalayas will affect rain and snow precipitation patterns. Accordingly, natural resources and socio-economic activities of Himalayan communities will also be affected.

Last year, the Union environment ministry told Parliament that some major institutions were studying the issue of black carbon, to make some suggestions on it.

PS Negi, a scientist at Wadia’s research group on ‘Geomorphology and Environmental Geology’ said they had been monitoring black carbon through two weather stations on the route to the Gangotri glacier for the past few years.

These stations are Chirbasa, at a height of 3,600 metres and Bhojbasa, at a height of 3,800 metres. Both are in Uttarakhand. Black carbon concentration in this region has changed drastically during summer. The results of the study by Negi’s group was published in the scientific journal Atmospheric Environment.

“Analysis of the data from these weather stations in real time has helped us to know about black carbon concentrations and seasonal variations in the high Himalayas. We have found that the concentration of black carbon increases in summer months due to varied factors,” Negi said.

Meanwhile, the Wadia Institute of Himalayan Geology found that black carbon concentration on the Gangotri glacier ranged from 0.01-4.62 µg / m3. Thus, once can conclude that high-altitude glaciers of Uttarakhand are more prone to further climate change disasters as compared to others.

Hence, a policy plan by the Central and state governments on the lines of the National Green Tribunal (NGT)’s action for Beas Kund in the Rohtang area should be drawn up.

Forest fires are generally reported in large numbers in Uttarakhand from March-June. The peak in fire incidents happens in May and June each year. Fires mostly happen in the state due to lightning, friction of falling rocks and animals accidentally causing rockfall, that create sparks, leading to forest fires.

Over 44,554 hectares of forest area has been damaged by forest fires in Uttarakhand since the state’s formation 20 years ago, according to the Uttarakhand State forest department data.

Given the above figures, even a minor change of 1 degree Celsius will result in a major decrease in the area under snow cover along Himalayan glaciers, along with a major loss to flora and fauna. Hence, the action of banning fossil fuels or the introduction of glacier tax can be a deterrent in these high altitude areas.