What has happened in Kerala is also happening across the world. It is an uncomfortable fact that we do not have a semblance of the plan to deal with this changing weather system 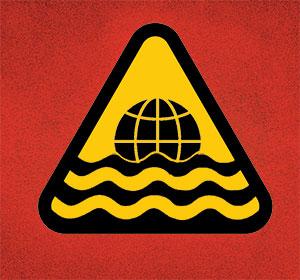 Think of God’s own country: bountiful and beautiful. It is a land of mountains, rivers, paddy fields and oceans. Now, think of the same country in a world that is malignantly unsustainable, and menacingly climate-risked. In August swollen rivers drowned Kerala. The cost of recovery would be so enormous that it is like re-building the entire state from scratch. And all this has happened because people who live in this land have not cared to protect the environment, aggravating the situation in the time of changing climate.

Kerala was a sitting duck waiting for the disaster to happen. It has some 44 rivers that gush down the Western Ghats traversing short distances—less than 100 kilometres in most cases—before they reach the ocean. It is also located in a high rainfall region. The state is thus one big drainage system.

The 61 dams, located in the forested Western Ghats, are one part of this drainage system. The dams, largely meant for generating electricity, also impound the rainwater. But this time, it rained so incessantly that the term “extreme” has to be re-defined. Kerala received some 771 mm of rainfall just in 20 days; 75 per cent of it was received in eight days. Worse, rainfall was highest in the forested regions of the state; not in the coasts where high rainfall is usually recorded. As a result, the mountains collapsed triggering landslides and claiming lives. But much worse, gates of 29 dams, filled to the brim and threatening to break, were opened. After 26 years and only the third time ever, the gates of one of the largest dams, the Idukki dam, were opened.

The fact is by the end of July, or the middle of the monsoon season, the reservoirs were almost full. Because of the variability in rainfall, dam managers store as much water as they can. They don’t release water intermittently and rather wait for the absolute end of the season for the same. This is because they don’t have information and the confidence that it would rain enough to store water needed to generate electricity. This compounded the disaster many times over. And this makes one clear that the Kerala flood is “human made”.

What has happened in Kerala is also happening across the world. It is an uncomfortable fact that we do not have a semblance of the plan to deal with this changing weather system. We are totally unprepared for what is today understood to be the extreme and variable nature of the monsoon.

It is a result of our combined and abject inability to mitigate global emissions, which is leading to such weird weather events. It is also the result of our mismanagement of resources. For example, Kerala has decimated its drainage systems, from forests to paddy fields to ponds and streams, that would carry excess water or store and recharge it. It is also the result of the sheer incompetence of our technical agencies to plan for flood control and dam management. It is, therefore, “human made”. It is “human made” because we refuse to accept that this is the new normal. We want to believe that this is just another freak event; another one in a 100-year event that we cannot plan for or do anything about.

This is where the reality must sink in—not just in words, but in practice. Kerala is going to be literally re-constructed. It cannot make the same mistake again. It must rebuild keeping in mind the new normal, where rainfall would be variable and extreme. It must therefore, plan deliberately for drainage—every river, stream, pond and paddy field should be mapped and protected at all costs. Every home, institution, village and city must harvest rainwater so that rain can be channelised and recharged. The forest ecosystem must be managed through deliberate policies that benefit people. Plantation areas must be managed to conserve soil.

Above all, it must recognise that all these measures may not be enough in this age of climate change. So, the governments must plan for variability. This will require improving technical capacities to predict and inform. Kerala could have averted this deluge if prior to July it had better information of the rainfall expected in the coming months. The dams could then have released water intermittently and make space for storing excess water during the extreme rain events.

The question is what it will take in future for avoiding such a deluge. Our technical agencies— from weather scientists to water and flood management institutions—must answer this question. It is no longer business as usual. That time is over. Let’s get this straight.

(This article was first published in September 1-15 issue of Down To Earth).