Climate talks: what is at stake in agriculture sector

Issues, which are being discussed under the agriculture sector, will have long-term impacts on various countries, particularly the vulnerable ones 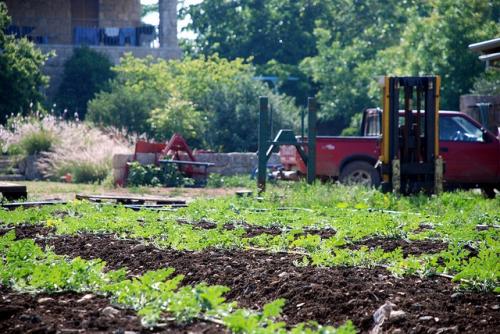 Agriculture is currently under consideration in a subsidiary body of the UNFCCC known as the Subsidiary Body for Scientific and Technological Advice. SBSTA is one of the two permanent subsidiary bodies to the UNFCCC established by COP and the Conference and Meeting of the Parties of the Kyoto protocol (CMP). It supports the work of the COP and the CMP through the provision of timely information and advice on scientific technological matters as they relate to the convention or the Kyoto Protocol.

Progress made in agriculture

We need to understand the issues which are being discussed under the agriculture sector, as these will have long-term impacts on various countries, particularly the more vulnerable ones. Global climate funds will also be channelised to those issues, which will be identified as potential adaptation measures in agriculture. Further, we need to keep a close watch, as there is a serious risk of vested interests influencing the negotiators to push their agenda under the guise of agriculture adaptation practices.

COP 17 (Durban 2011) decided that the SBSTA will consider issues related to agriculture, with the aim of exchanging views.

SBSTA 38 (June 2013) and SBSTA 39 (November 2013) invited views on the current state of scientific knowledge on how to enhance the adaptation of agriculture to climate change impacts while promoting rural development, sustainable development, productivity of agricultural systems and food security in all countries, particularly in the developing ones, taking into account the diversity of the agricultural systems and the differences in scale as well as possible adaptation co-benefits.

SBSTA 40 (June 2014) and SBSTA 42 (June 2015) decided to work in areas related to the development of early warning systems, assessment of risk and vulnerability of agricultural systems to different climate change scenarios, identification of adaptation measures, taking into account the diversity of the agricultural systems, indigenous knowledge systems and possible co-benefits. Further, it also looked on identification and assessment of agricultural practices and technologies to enhance productivity in a sustainable manner, food security and resilience, considering the differences in agro-ecological zones and farming systems, such as different grasslands and cropland practices and systems.

SBSTA 44 (May 2016) continued to work on the identification of adaptation measures, sharing experiences in research and development and on ground activities, identification and assessment of agricultural practices and technologies to enhance productivity in a sustainable manner, food security and resilience, considering the differences in agro-ecological zones and farming systems, such as different grassland and cropland practices and systems.

SBSTA 45 (November 2016) in Marrakech continued its work on issues involving agriculture. In accordance with the conclusions made in previous SBSTAs, this SBSTA agreed to continue its consideration of this agenda item at SBSTA 46 (May 2017).

Countries are already implementing many common practices, which are common as shared in their submissions to SBSTA 44. These practices include efficiently managing resources such as water, nutrient, and soil that can have multiple benefits for adaptation, mitigation and productivity.

Analysis done by EDS, a non-profit, shows that although the 11 submissions to SBSTA 44 done by different countries vary greatly in identified practices as well as the overall themes addressed, a few key commonalities and patterns can be found:

In general, practices that increased resource efficiency were found to have synergistic benefits in adaptation, mitigation and productivity outputs.

No focus on small‐scale producers, women

An analysis by the Center for International Forestry Research says that a more holistic approach to agriculture and adaptation submitted in SBSTA 44 is required. It says that the previous SBSTA sessions did not place enough emphasis on critical stakeholders such as small‐scale food producers, food-insecure households and women. It said that separating the social and environmental aspects of adaptation measures from those that pertain to productivity, food security and resilience creates risks. Effective adaptation approaches look at multiple elements at once and seek to achieve multiple objectives.

Negotiation progress at COP 22 was hampered because of fundamental disagreements on whether to focus only on adaptation and food security, which is of utmost importance to all, or to address mitigation in agriculture as well. Further, whether there should be a call for developed countries to provide finance and other support to developing countries.