Why I mourn Dussehra: Climate change and death of seasons

People of Odisha have given a clear verdict: from number of seasons to mating habits of birds, they say everything has changed as a result of climate change 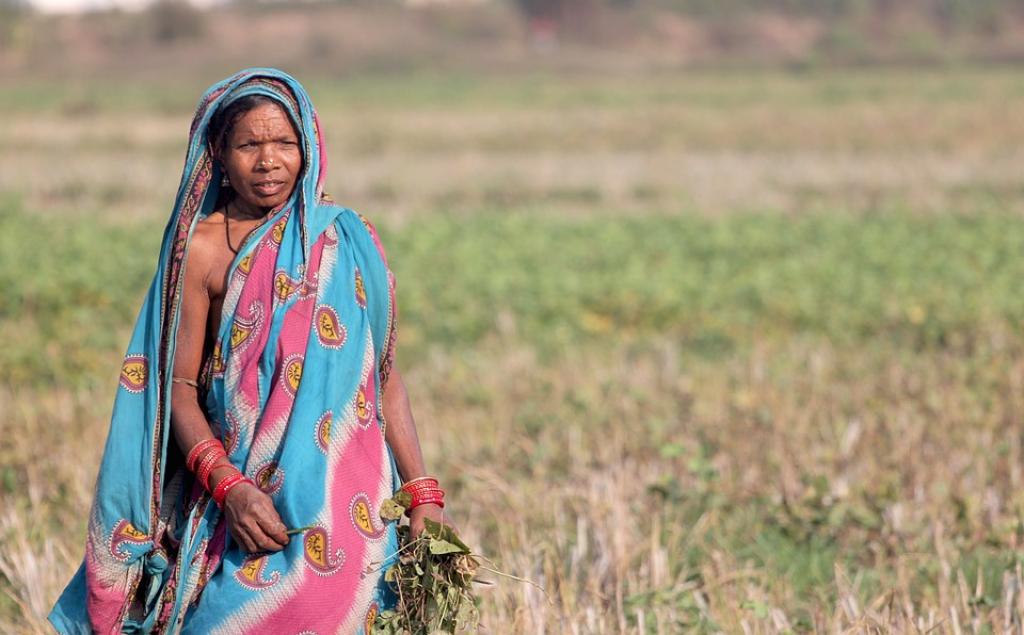 Every time I jog my memory I come up with a distorted picture of my home state Odisha. When I try to compare my childhood memories with the present climate patterns in the state, I realise that things have changed completely. And most Odias will agree with me.

Till about 25 years ago, the winters here would make a precise entry on Dussehra day, which usually falls within last week of September and second week of October. Around a week before Dussehra, my mother would take the warm clothes out of an old trunk. "Now it is late-November that we get a bit of the cold. Only a few days in December are cold enough to wear warm clothes," says my mother.

My mother is 91 years old. Her memories of Odisha's climate are alien to the generation I belong to. For her, that Odisha has already died; for me, my childhood Odisha is dying. The state now has a new and strange climate that nobody can understand or predict.

People like my mother remember six distinct seasons -- grishma (summer), barsa (monsoon), sarata (autumn), hemanta (pre-winter), shishira (winter) and basanta (spring). She has precise dates for the arrival of the six seasons in our hometown Sonepur. And she taught me how to look for signs of each of the six seasons. If our peepal tree started flowering, summer had already set in; when the bats began coming to the peepal tree at night, winter was at its peak; when damselflies flew around our house it was time for the monsoon. As for me, I recall only four seasons: summer, autumn, winter and spring.

Nowhere today will you find mention of six seasons in Odisha, except maybe in school textbooks. "While teaching children about the seasons, the textbook description of six seasons reads like something from the long-forgotten past," says Ramesh Mishra, a secondary school teacher in Dhama, a small town in Sambalpur district.

When I return home now, my mother mourns the death of the seasons. She explains that growing up without any source of entertainment, like television or cinema, festivals related to specific seasons were times to rejoice. And so she began noticing small things in the world around her that indicated the arrival of each season.

Today, there are no such signs. Odisha has only two seasons: the rains and summer, with winter being a mild transition between the two.

Odisha's climate has changed so dramatically and quickly over the years that many people believe the state is under a supernatural curse. In February, the state government goes into “emergency mode” to fight the heat conditions. All schools and colleges switch to early morning shifts. Public wage programmes run during early mornings and late afternoon. Hospitals across the state stock huge sheets of ice. Public transport operates during early mornings and late nights. People avoid the auspicious March-May period for getting married—it's simply too hot.

During the hot summer months, people's desperation for monsoon begins to build. But the monsoon plays hide and seek with the state. It doesn't rain much when required. It rains during September and October, like it did this year, causing crop losses and floods. Over the last few decades, most of the big floods occurred during September and October. "The total rainfall may be around the average figure, but the monsoon has become erratic," says Biswamber Naik, an agriculture extension officer in Balangir district. Scanty rainfall during the crucial months of June and July has triggered massive conflicts. During 2000-2005, various police stations across the state recorded close to 34,000 cases pertaining to conflicts over water, out of which, 50 per cent occurred between June and August.

A public perception study done by the Sambalpur-based Manav Adhikar Sewa Sanstha (MASS), an NGO working with local communities to mitigate drought, shows how much has Odisha’s climate changed. The study found that three seasons out of the traditional six have already vanished. While the monsoon and summer are still distinct seasons, the average number of hot days is unprecedented. People say summer-like conditions now prevail for close to eight months in a year.

Dark clouds hover over the state but vanish almost immediately. For farmers who use traditional weather forecasting (panjika) methods, the change in climate is perceptible. Haldar Nag, a nature poet who has written extensively on the various seasons and was awarded Padmashri, says: "The peacock dances in anticipation of rain, but soon, to its surprise, the clouds fade away. And the beautiful creature feels ashamed." For ages, farmers have monitored the peacock's rain dance to begin ploughing.

"I think nature is finally paying us for our sins," says Nag. Tikeswar Tripathy of Satibhata village in Sambalpur district is worried. According to him, the Odia Panjika (a traditional weather book) used to be more accurate than the government's weather predictions. "The Panjika never failed us. But God knows what has happened, for more than a decade the Panjika has been unable to predict the weather perfectly."

The people of Odisha have always relied on ancient knowledge systems to predict weather and plan agricultural and other activities. Traditional weather forecasting methods have been preserved in strong oral proverbs, which, for generations, farmers considered essential knowledge for their farming. Below is an example of a proverb from western Odisha:

(At the dawn of the rainy season, if clouds do not form from each of the four directions, and if the wind blows from the south then the farmers must pack up and migrate in search of bread and butter.)

Likewise, there are several indicators to predict the rains:

(When the bronze-winged jacana bird calls (a short harsh grunt), when the hybrid cobra or local snake climbs a tree and when red ants start transporting eggs, rain comes.)

People used the behaviour of animals and birds to get a sense of what the weather would be like for three to five months. "But most of these birds have changed character. This has made weather forecasting difficult," says Nag.

In many villages of western Odisha, birds like the cattle egret, little egret, openbill stork and others are referred to as “wisdom birds” or “knowledge birds”. These birds helped people forecast the weather. Now, says Nag, these “symbols of knowledge” are themselves confused. Many popular and common birds and animals like the parrot (rose-ringed parakeet), black drongo, Indian mynah, Indian house crow, red-wattled lapwing, ring dove and bats have changed their mating and seasonal behaviour. People believe these changes are due to changes in seasons; the birds have begun to adapt to new climate conditions.

Damselflies used to be the most dependable indicators of monsoon. Just before the rains lashed the countryside, the sky would be covered with damselflies. When the farmers saw them arrive, they would get their agricultural implements ready for ploughing. Now there are no such swarms to indicate rain. Instead, sometimes, you see swarms of damselflies in the sky during late-October, early-November.

"Bio-indicators are the first signs of climate change. There are scientific reasons for these changes. Increases in temperature will definitely change a creature's behaviour," says G K Pujari, a scientist with Odisha's environment department.

"Everything was fine until 1985-86," says Krushna Chandra Pati of Ghanapali, a village on the outskirts of Sambalpur. "What has happened since then I cannot say exactly, but the temperature is increasing year after year."

An Odia farmer believes there should be at least 120 rainy days in a year. A popular proverb says:

It's obvious this number has dropped drastically.

"Traditional knowledge about weather is an indication of past weather patterns. If you compare the current situation with this knowledge, you can surely point to a deviation in the weather pattern," says A B Mishra, a former life sciences professor with Sambalpur University who has studied traditional weather forecasting. Going by people's perceptions, it rains for close to 50 days, in varying degrees, during the monsoon season. In many places in western Odisha, sugarcane used to be cultivated as it was a lucrative crop and a major source of income for farmers. Now, due to inadequate rainfall, sugarcane farming has not been taken up for at least 12 years.

Although there's still an ongoing debate as to whether Odisha’s climate has really changed all that much, people's perception that their climate is indeed changing should not be ignored. For me, I mourn the Dussehra as change in the climate has definitely taken some festivities out of it.