Will the Third Pole spring any surprises in a warming world? 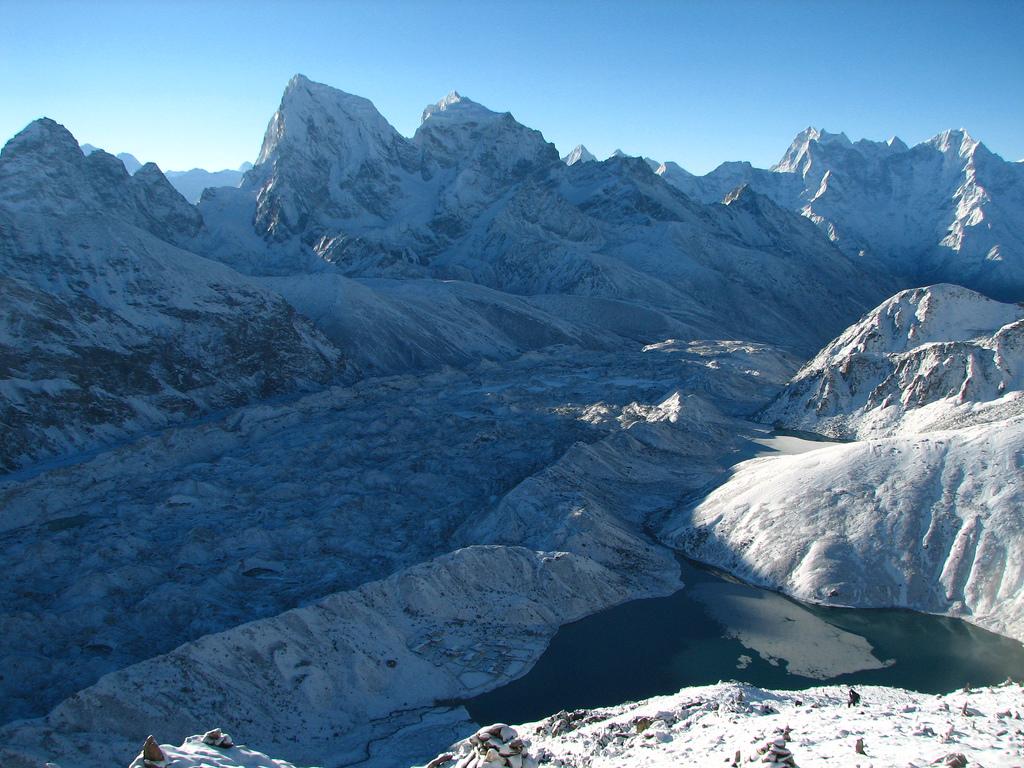 The Himalayas are referred to as the Third Pole for obvious reasons. Stretching 2,500 kilometre (km) from east to west, more than 50,000 Himalayan glaciers cover over 100,000 square km and vary in size, mass, and the altitude of their equilibrium line (line dividing the glacier between the part that accumulates mass and the part that losesmass) as well as their terminus. The western glaciers are Alpine in nature, dominated by winter snow accumulation and summer melt whereas the eastern glaciers are dominated by the summer monsoon precipitation as well as winter snow.

The controversial statements of the last IPCC Report about some Himalayan glaciers disappearing by 2035 are behind us now, as glacial retreats are reported to be occurring at a rate similar to other glaciers in the world. The Karakoram Range is the lone anomaly that is accumulating mass due to a drop in summer temperatures and the winter warming still being too weak to cause glacier mass loss. However, the socioeconomic and climate vulnerability of the region must be kept in mind while comparing Asian glacier mass loss to those in other parts of the world.

The contribution of glaciers to river flows is fairly small (~10%) in the east whereas it may be as high as 30% in the west. The Indus is thus likely the most vulnerable to climate change impacts in the coming decades, especially considering the dependence of agriculture and power generation on Indus River over vast regions of Western Asia. The differing characteristics of precipitation from east to west also means that the climate sensitivity of the glaciers must be different along this transect. Summer precipitation in the eastern Himalayas is subject to the influences of El Niño and the Indian Ocean Dipole Mode with decadal and millennial timescale dependence on lower-frequency climate modes such as the Atlantic Multidecadal Oscillation and the Pacific Decadal Oscillation. The winter snow in the western Himalaya is dominated by the westerly disturbances and cyclonic systems which are a function of the North Atlantic and Arctic Oscillation. Lack of data makes it impossible to quantify these important climate connections. The Third Pole is also not represented in the models employed for IPCC climate assessments; nor is it considered in the current generation climate prediction models.

These are of great concern as the IPCC community prepares for its next assessment due out in 2021 considering that the models thus far have failed to capture the downward trend in the Indian monsoon observed over the past century with unreliable future projections.Considering the large numbers of glaciers and the variability in slopes, altitudes, and debris cover, the data needs are monumental—not only for the analysis of variability including region-specific and glacier-specific mass balances but also for climate mode dependences. Without these baselines, models cannot be parameterised accurately nor validated in detail while their uncertainties cannot even be quantified with any level of confidence.

Much has been written about the data needs for Asian Glaciers. One can hardly overemphasize the great urgency of establishing baselines to make progress on all these fronts. It is well known that the Eurasian snow cover influences the onset and seasonal monsoon rainfall. Data over the Third Pole are thus critical for initiating monsoon forecasts as well.

One piece of good news is that India has established a high-altitude observatory in the Himalayas which promises to produce some of the much needed observations. Satellites such as GRACE and ICESat have advanced some of our process understanding. India and its neighbors must get a better handle on all aspects of The Third Pole and will need international cooperation for making realistic and tangible progress on in situ, airborne and remote sensing data gathering networks since their shared destiny depends inextricably on the fate of the Third Pole. India can make rapid advances in hydro-ecologicalmodeling as an integral part of terrestrial hydrological predictions and projections and improve the Third Pole in climate prediction and projection models. Multiple ongoing efforts in India focused on the Third Pole science must be synergized to make coordinated advances in model-data synthesis and reliable predictions and projections at high resolutions.

Radiation-absorbing black carbon greatly accelerates glacier melt and the traffic on the Himalayan highways isincreasingly polluting the Third Pole. The natural variability during both summer and winter monsoon seasons also sweep pollution into the Third Pole from South Asia and China. Negative impacts of human activities outpace the good news about accumulation in the Karakoram and the relatively small dependence of river flows on glaciers. Positive human actions are needed to address the urgent observational and modeling needs of the Third Pole to avoid any nasty surprises in a world that is warming inexorably.