How do we rehabilitate development project oustees?

As we begin, we must remind ourselves that of the 25 million persons displaced on account of development projects, less than 50 per cent have been rehabilitated. The rest have been 'pauperised' by the development process, and 40 per cent of all such persons are tribals. Speaking of the profound implications of displacement due to the present-day development process, the Supreme Court in its majority judgment in the Narmada case (Narmada Bachao Andolan v Union of India; October 18, 2000) said, "Displacement of these persons would disconnect them from their past, culture, customs and traditions."

It was with this criterion in mind, in fact, that the Narmada Water Disputes Tribunal (nwdt) had laid down a 'ruling principle' that should govern resettlement in the Sardar Sarovar Project (ssp). The nwdt had said that resettlement should be "in a group, in accordance with the oustees' preference". This, however, held no water with the Supreme Court, which had laid down that a 'group' need not be homogenous, or a community having an identity. The court was of the opinion that it is more important to ensure that the displaced persons improved or regained their standard of living. And what better way to ensure this than rehabilitate them in the command area -- so went the reasoning of the apex court. However, the court overlooks an important aspect here. The fact is, and those who went through the horrors of Partition in 1947 will definitely vouch for this, displacement 'disconnects'. Dispensaries, schools, approach roads and ration cards -- all important facilities, and possibly an improvement on the original conditions the displaced persons were living in -- are in no way a substitute for resettlement as a 'group'.

The nwdt had dealt at length with another important criterion. The displaced had to be "better off" than they were before displacement, and they had to be provided "land for land", the tribunal said. However, 'land for land' is not the definitive solution to the ills of displacement. If anything, it is a cynical stratagem used by the authorities to make people leave their earth and home. The authorities knew only too well that the volume of acreage required to replace the vast areas acquired would not be available. Then came the 'cash for land' option. With cash fast evaporating through mind-boggling fiscal deficits, and via non-performing assets, we might as well work on a 'sky for land' option. In any case, who determines the adequacy of cash, and what guarantee do we have that delay and corruption will not eat into most of it?

Thus 'land for land' or 'cash for land' are mirages for the poor, if not outright fraud. What the poor need is 'livelihood for livelihood'. The poor live, and want to live, by the sweat of their brow. It is important that before a population is displaced, there is serious study into sources and levels of livelihood, how it can be replaced, and in what time. These alternative livelihoods must then be put before the people who are to be uprooted. Consent obtained from the affected persons ought to be informed, and obtained prior to displacement.

• Ensure that the displaced are resettled as a 'group' and resettled within the command area of the dam. This will ensure that they will share some of the benefits accruing from the project.

• Present the plan in all its details to the affected persons, and gather their 'preference' before proceeding.

The Gujarat rehabilitation package in the ssp is often touted as the 'best ever'. But anything would be an improvement on the miserable deals in the past. What needs to be stressed is that rehabilitation is not a panacea. It is the height of disregard for human dignity to ask a person or community to disconnect and exchange all known ways of life for what is atrociously called 'compensation'. Any satisfactory rehabilitation endeavour, therefore, has to be necessarily transparent, consultative and compassionate.

Besides being largely impractical, the ‘land for land’ approach to the rehabilitation debate is patronising to say the least

Debate on the right rehabilitation policy for those displaced by dams has been on for years. Folklore has it that the only fair and proper compensation lies in rehabilitation on the land. How did this theory develop? Multipurpose river valley projects, like Bhakra, Hirakud and the Damodar Valley Corporation were the mainstay of the early five-year plans. In an era of development and political innocence, displaced persons were given cash compensation on the basis of the most recent land sale nearby.

The money was paid and, more often than not, simple villagers, especially tribals, unaccustomed to big money, would be inveigled into running through it on liquor and high living within a few years without any semblance of rehabilitation. Invariably, by the time these projects were commissioned, the ‘oustees’ would have become paupers. Wiser for the experience, compensation payments were sometimes paid out in fixed term bonds or placed in trust with community elders and administrative guardians to ensure that it was carefully used for the purchase of income-generating assets and for education and training. The preferred alternative, however, came to be compensation in kind, namely, land for land and even ‘soil for soil’ to ensure continuity in their way of life. Refinements were added. Resettlement and rehabilitation (R&R) were ordained in village clusters so that social and cultural networks were least disturbed. 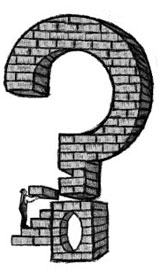 Major sons, dependent daughters, coparceners, indirectly affected encroachers, landless labourers, fisherfolk, boatpersons and others should also be entitled to ‘land for land’ apart from homestead plots. This became the Narmada package, with the blessing of the World Bank. The objective was that displaced persons should enjoy a better quality of life, if possible, but should at least not be any worse off than before. The 1985 Forest Conservation Act intervened and barred the diversion of degraded forestland (as in the vicinity of Sardar Sarovar) for R&R. The only question left unanswered was where all this land was to be found. The Sardar Sarovar minimum land grant is two hectares per displaced person so defined (sometimes adding up to four, six, eight, ten or more hectares per extended displaced unit, in lieu of the two hectares lost) versus the median farm holding of one hectare in Gujarat. In populous regions, finding land for land on this exceedingly generous pattern is clearly a false promise. Much of the argument is fallacious.

Land-human ratios are steadily declining, and push and pull factors are leading to increasing rural-urban migration. Villagers are moving off the land in favour of off-farm urban employment. Tribal villagers constitute a substantial cohort of distress migrants from the Narmada Valley, not because of dams but because of lack of opportunity in a degrading environment. Why oppose cash compensation to Farmer A, if this is what s/he wants, in order to ensure ‘land for land’ by purchasing a field from distant Farmer B in the command area, who then gets the cash. It can be argued that Farmer B is likely to be more mature than the less worldly wise ‘oustee’ from the ‘interior’.

But why assume that a hill person or a tribal person is incapable of determining his/her own best interest with appropriate counselling, and therefore be denied freedom of choice? ‘Land’ is today a synonym for employment or job-security. While this may well be close to the truth, it is not necessarily the only means of R&R. An a la carte approach would clearly be more viable and socially rewarding. Another great opportunity lies in using dams in remote hill areas as a trigger for area development and poverty alleviation. Most upper catchments are backward and neglected because they are inaccessible. An access road and infrastructure (townships, electricity, water supply, communications) being prerequisites for building dams, their very construction (well before any displacement caused by submergence) opens up these sequestered areas and provides market access.

This in itself could facilitate socio-economic development, better land use and cropping patterns, watershed management, employment generation and ecotourism. Suitably packaged, these can and must increasingly become the basis of in-situ R&R. This is the real answer to future dam-related R&R. Land for land may be offered as and when conditions permit such rehabilitation. Others may prefer urban or suburban resettlement or even cash compensation to finance plans of their own. Clearly, opposing such alternatives is puerile.

B G Verghese is a columnist, and visiting professor at the Centre for Policy Research, Delhi

Law is the answer

That compulsory acquisition of land by government towards development projects displaces people is the harsh reality we are faced with. However, growing discontent and militant protests among project-affected persons has caused the present government to take a definite steps towards preparing a resettlement and rehabilitation (R&R) policy for displaced persons in consultation with civil society. The draft policy thus drafted (Land Acquisition, Rehabilitation Policy: Issues and Perspectives, National Centre for Advocacy Studies, Pune, 1999) is aimed at ensuring that displaced persons share in the benefits of the development project. A few guiding principles that follow from these aims: