Biden is inheriting a wrecked economy, but Democrats have a record of avoiding recession and reducing unemployment

Since Eisenhower assumed presidency in 1953, the economy measured by GDP, unemployment, inflation & recessions has done better under Democrats 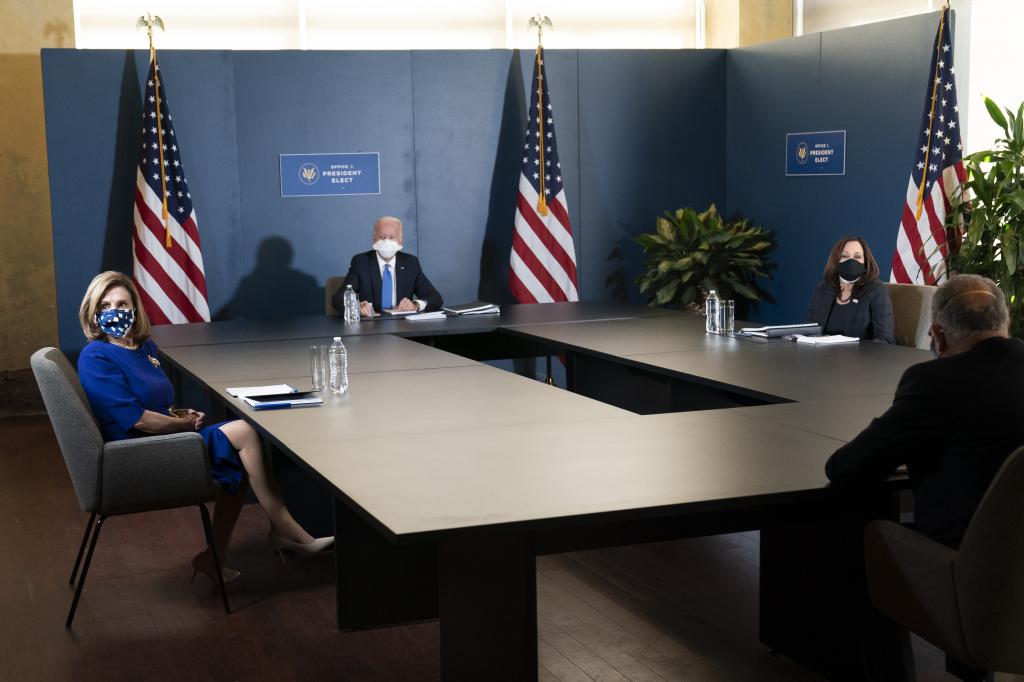 Democrats control both the White House and Congress for the first time in 10 years. Photo: AP Photo/Alex Brandon

On day one, President Joe Biden will have to manage a devastated economy — much as he and former President Barack Obama did 12 years ago.

What can the country expect?

Forecasting how the economy will perform under a new president is generally a fool’s errand. How much or how little credit the person in the White House deserves for the health of the economy is a matter of debate, and no economist can confidently predict how the president’s policies will play out — if they even go into effect — or what challenges might emerge.

Regardless, voters tend to believe it makes a difference. And going into the election, 79 per cent of registered voters — and 88 per cent of Donald Trump supporters — said the economy was their top concern. Given that, historical data suggests that those who are concerned with the economy have reason to be fairly satisfied with the election results: The economy generally fares better under Democratic presidents.

Biden inherits an economy with serious problems. Things have improved markedly since last spring, but the economy remains in a dire state.

The latest jobs report shows that almost 11 million people remain unemployed — over a third of whom have been without a job for at least 27 weeks — down from a peak of 23 million in April. Tens of thousands of small businesses and dozens of major retail chains have closed or filed for bankruptcy. Many states, cities and municipal agencies are reeling from the tremendous costs of spring lockdowns. And the economy has contracted 3.4 per cent since the end of 2019.

And that doesn’t yet include the impact of what some officials — including Biden — have dubbed a “dark winter,” as severe coronavirus outbreaks in many regions of the US have prompted new economic restrictions.

In trying to get a sense of what kind of impact the election result will have on the economy, the past is a useful guide.

I study how the economy performs depending on which political party is in charge. Last year, I did an analysis of this question, focusing on 1976 to 2016, and recently updated the data to include 1953 through December 2020.

In general, since President Dwight D Eisenhower took office in 1953, the economy — as measured by gross domestic product, unemployment, inflation and recessions — has typically performed better with a Democrat in the White House. GDP growth has been significantly higher; inflation — a measure of the change in prices — has been lower; and unemployment has tended to fall.

The stock market tends to perform better with a Democratic president, rising 11 per cent per year on average compared with 6.5 per cent for Republicans.

What’s more, the recession that began in 1980 under President Jimmy Carter was the only one during the period I studied that began while a Democrat was in office.

One suggested explanation for this dramatic difference is that deregulation implemented during Republican administrations leads to financial crises, which, in turn, cause recessions. Another is that factors a president does not have any control over, like a sudden increase in oil prices, are the usual causes of recessions. Others suggest that the economy’s better performance under Democrats is simply luck.

So even though voters tend to think Republicans do a better job steering the economy, historical data suggests otherwise.

In my analysis, I also examined the impact of Congress and how having all, part or none of the legislative branch controlled by the president’s party affected the economy’s performance. With twin Democratic victories in Georgia on January 5, the Democrats will control both houses of Congress for the first time since 2011.

I found that the US economy expanded 93 per cent of the time there was a Democratic trifecta, or for 178 out of 192 months since 1953. Unemployment and inflation, on the other hand, was a little above average, at 6.05 per cent and 3.89 per cent, respectively.

Interestingly, the US has not seen Democrats in control of the White House and the House of Representatives, with Republicans in charge of the Senate, since 1889, when Grover Cleveland was president. And we’ll have to wait a little longer for that situation to appear.

Recoveries from recessions also seem to be taking longer.

For example, it took only 11 months for the job market to recover from the 1980 recession, but 77 to recover the jobs lost in the Great Recession that lasted from 2007 to 2009. If this trend continues, it could be 2027 or later before the job market fully recovers from the pandemic-induced recession.

But the past doesn’t predict the future, and I believe the policies a president pursues and is able to implement still matter.

This is an updated version of an article originally published on Nov 7, 2020.