Is climate change taking a backseat in the agenda of global alliances? 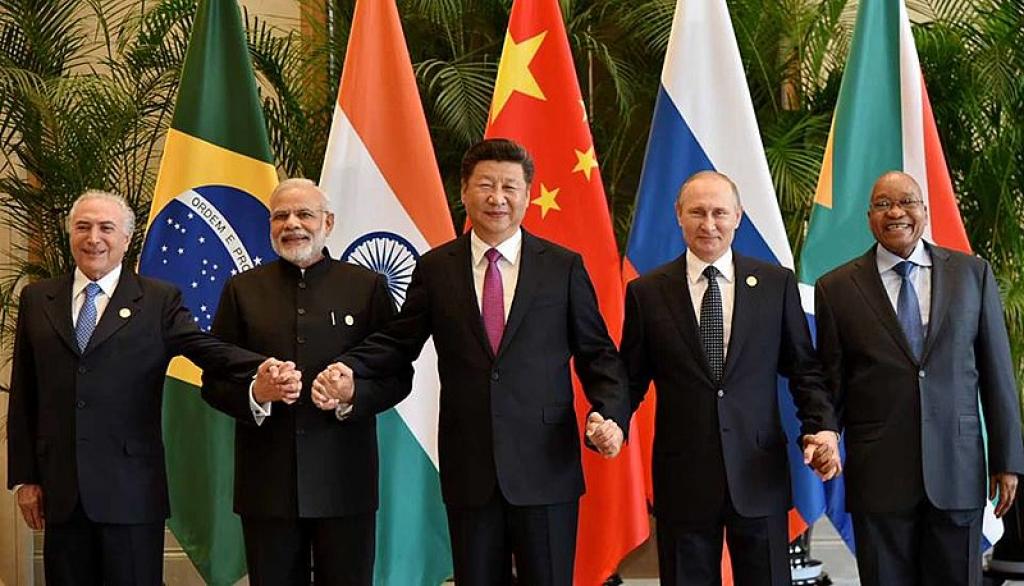 The first major alliance of countries was created during the oil crisis of 1973. France, West Germany, Italy and UK in Europe, USA and Canada in North America, and Japan in Asia joined hands with the apparent objective of mutual benefits through cooperation in trade and commerce. As the group of seven nations (G7), they represent 10 per cent of global population (0.8 billion) and 46 per cent of global GDP (US$ 34,456 billion), thus having a per capita GDP of $45,453. They contribute 34 per cent of the global exports and 37 per cent of its imports. Not surprisingly, G7 is popularly called the rich nations club.

The G7 inspired formation of larger such alliance called Group of 20 nations, which had representation from Asia, Middle East, Australia, Europe, North America and South America. The group accounts for 64 per cent of global population, 76 per cent of global export and import, but its per capita GDP is $13,602, less than a third of G-7 countries.

The youngest of the major global alliances is BRICS—Brazil, Russia, India, China and South Africa—representing Europe, Asia and South Africa. While G-7 and G-20 came up in 20th century, the first meeting of BRICS was held in 2006. South Africa joined the alliance in 2010. There five countries have 42 per cent of global population and 22 per cent of global GDP, only 10 per cent of global export and 15 per cent of global import. It has lowest GDP per capita at US $ 5,401. BRICS set up a bank called 'The New Development Bank', in 2015 with a target of setting up of capital investment of USD 50 billion but in 2016 it could only mobilize USD 1 billion and so far it has made no contribution made for climate finance.

One can see that while G7 alliances really worked to make them Rich Men’s Club, BRICS dream of fastest emerging markets, predicted by Goldman Sachs proved wrong! Economist predicted but how reliable are such prediction one can always wonder?

But in the most recent meeting of BRICS held in China in September 2017, India focussed on an agenda item which is of great significance for future of planet earth, to change over from fossil fuel to combat climate change. Renewables, especially solar energy is being strongly advocated India led “Solar Alliance” of 121 Countries and Prime Minister of India urged upon BRICS to team up with the International Solar Alliance and help enhancing solar energy utilisation. That 5 BRICS countries have ‘complimentary skills and strength to promote use of renewable and solar energy’ is undeniable.

China has already achieved 200 GW of solar power at least three years ahead of its target of 2020. This is highly commendable. However India’s effort to promote creation of 100 GW of solar and 50 GW of wind besides 25 GW of micro hydel and biomass seem to be posing some contradictory action when one reads that fund created out of enhanced coal cess, has been diverted (25 billion US dollar) to compensate states suffering from loss of revenue due to GST. One can recall coal cess was increased from Rs 50 a tonne to Rs 400 a tonne, to help greening of economy. Only 17% of money has been allocated to the clean energy and environment fund (Megan Darby, Climate Home, July 24, 2017). So India has to prove that it means serious business in reducing carbon footprint in its own domain, while seeking BRICS cooperation. Another media report indicates that solar has not beaten coal in the race to electrify India (Aditi Roy Ghatak, Climate Item, July 26, 2017).

As for other alliances, the most dominant Economic Power in USA and has openly came out of Paris Agreement, shrugging off all responsibility to prevent Catastrophe to what Brundtland commission has called "Our Common Future". It seems at the end alliances are made for trade and business expansion. Climate change can take a back seat for now.