24X7 electricity for all is an impossible target

With a projected population of 135.2 crore in 2022, the required electricity in India will be 4,759 billion units 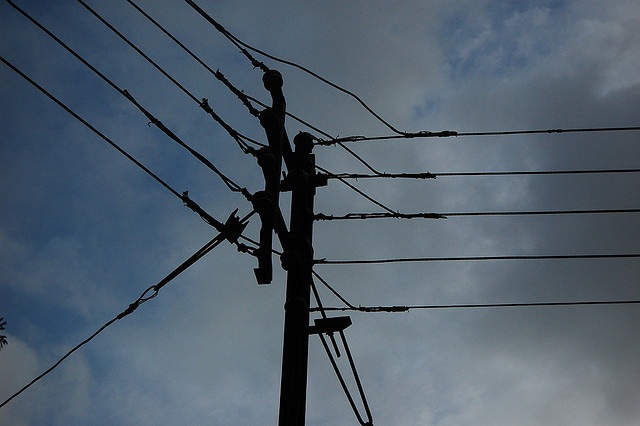 It is high time that Indians are allowed a wider commonsense perspective on something as crucial as electricity provisioning.

Experts belonging to various establishments and the civil society, often inseparable at various levels, dominate the discourse, but let us try doing it from the perspective of the tribal world view.

The cherished dream of the founding fathers of electricity to all has now become a jingoistic national commitment of providing round-the-clock electricity supply to all households by 2022. President of India Pranab Mukherjee said so while addressing a joint session of the Parliament last year. Prime Minister Narendra Modi, Finance Minister Arun Jaitley and the Navratna-Maharatna public sector units in the power sector have reiterated it ever since.

Strangely enough, even the civil society has restrained itself to a friendly criticism (Power For all, EPW, October 10, 2015).

It may be noted here that this matter pertains to such imminent ecological perturbation throughout the country as is not known in history.

Electricity For All practically means 24x7 electricity since the user-need is not just of certain units, but also at certain times of day and night. Electrification has been such an intense political and cultural message that it is today related to in the remote corners of the country. Indeed, it is that elusive metaphor that can finally prove equality and (ecological) sustainability are the same things.

Unfortunately, such realisation is impeded due to sheer academic-insincerity. Most experts invert the standard order of parameters on which mass provisioning schemes are reviewed: availability, accessibility and affordability. Concern is religiously and consistently shown on affordability of power to the proverbial last man. Then follow enumerated doubts on accessibility, but examination of availability is casually either glossed over or entirely skipped.

Critical examination is consciously avoided because that would lead to the conclusion that electricity for all in the Indian context is absolutely impossible. This confession is hard to expect from the Indian intelligentsia which is across the spectrum wedded ideologically to the promise of bringing electricity to each household.

The commentary referred to the above idea proposes a uniform telescopic tariff for all consumers with under-10K connected load for the first 300 units of electricity per month.

Relying on this data from the Central Electricity Authority (LGBR-2015), MoSPI (Census-2011) and Prayas (Energy Group), is it not plain to say that electricity-to-all is impossible even on availability count?

As shown above, with statistical analysis what calls for attention is that the Indian planning for electricity-for-all is neither adequate nor realistic.

This plan-inadequacy means that we will be found wanting both in terms of establishment finance outlay as well as technical preparedness—transformation, transmission and distribution.

Then comes the question of adequacy of input raw material and other resources. Much has been written about the constraints of coal availability on account of extractability hindrances and geo-politics.

Also called for is myth busting on the potential of solar power. The current installed capacity of solar power stands at 4 GW which the Centre plans to upgrade to 100 GW within seven years, but without explaining where the requisite 2,00,000 hectares (of land/space) will come from. Not only the ambitious capacity expansion plan, but even maintaining the current generation levels would entail large-scale dispossession which recent experiences of anti-land acquisition movement have sufficiently shown to be impossible.

Higher emphasis on solar power will pose lethally imminent toxicity challenge on account of battery end-life disposal, thus affecting soil and groundwater, as also disposal of more than 20 million metric tonnes of e-waste. A catastrophe on this front will instantly apply brakes on the Centre’s expansion plans.

Undoubtedly, equitable distribution of electricity is a major concern and should call for a robust statutory framework and political will for enforcement. Even affordability of power at the bottom of the pyramid should stir India to go in for imaginative subsidy mechanisms.

It is imperative to bring clarity on this aspect since the so-called national commitment has been working for long as both a carrot and safety valve. Luxury of upper class and comforts of the burgeoning middle class is sustained at the cost of dignity, health and life of a larger populace at the bottom of the pyramid. Devil often visits with friendly masks on. Traditional ecological knowledge is also threatened with benevolent global slogans like universal energy access. A tribal does not have access to the modern terminology, for instance questioning the nature of embedded energy, so h/she is smothered to believe that dungcacakes and forest scrapings are sources of unclean energy while LPG/CNG/nuclear power is clean.

Once the dispossessed masses realise the falsity of provisioning claim radical negotiations for egalitarian parity might finally become political imperative.

This expose can become the most potent and simple-scientific attack on the prevailing model of development; because no model can run without energy and electricity is fast becoming the crucial primary energy (on the issue of PeakOil we already have the brilliant and persuasive analysis from Manssor Khan-The Third Curve).

It would then become possible to demand recognition of the tribal world view, and to demand definite measures in national planning for incremental de-growth and de-industrialisation.