The declining price of solar power and a high import dependency has got domestic solar equipment manufacturers worried. Is the government addressing their concerns? 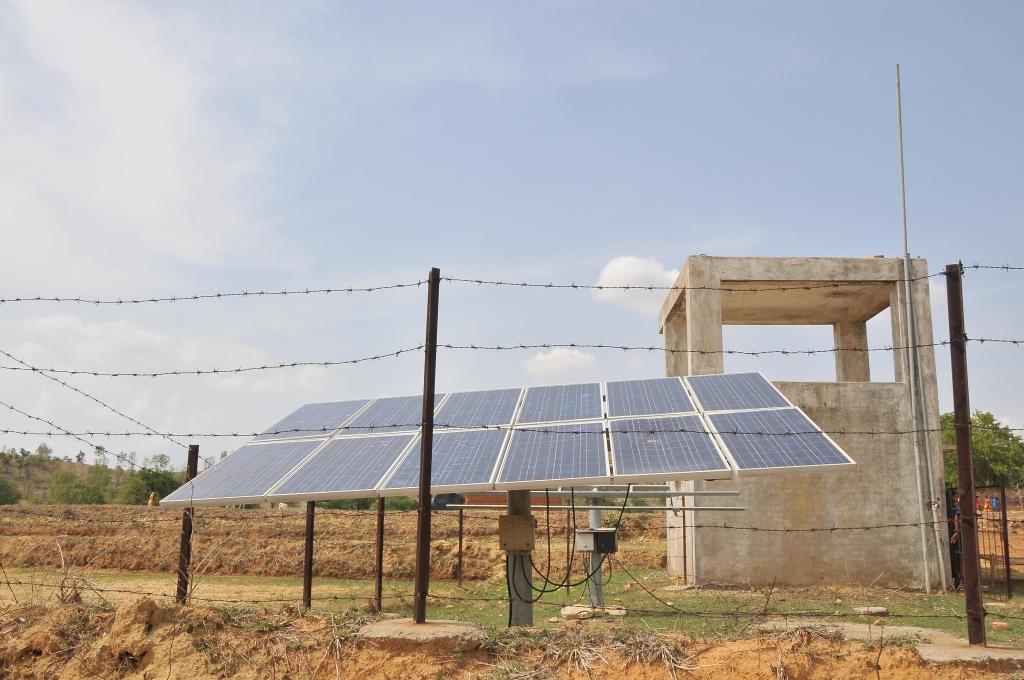 Arresting the free fall of power tariff is also must for a healthy growth of the solar energy system. Credit: Meeta Ahlawat/CSE

India is the third largest emitter of greenhouse gases in the world. As a signatory to the Paris  Agreement, India is committed to investing in climate change mitigation, while addressing poverty, food security and access to healthcare and education.

While the generation from conventional sources showed an annual growth rate of 5 per cent during 2016-17, the output from renewable power increased more than 26 per cent during the same period. The reasons for higher growth are attributed to the declining price of supplying solar power to the grid as well as the price of batteries. This in turn encourages more companies to invest more in the solar sector. Apart from these, various policy inducements offered by the Centre and state governments have translated into lower generation cost.

The tariff for solar power has fallen to a record low due to the government’s solar energy drive aimed at reducing greenhouse gas emission. Five years ago, solar companies in India were producing a kilowatt-hour for Rs 7. Today it is down to Rs 2.44, which is even cheaper than coal. In the past few years, the global price of solar energy has fallen rapidly. As the cost of solar power continues to fall in India, it has a real opportunity to become a world leader in the transition to a clean energy system.

However, the country is faced with two problems, which can dampen the solar energy drive.

India’s installed capacity of diesel generating (DG) sets forms a third of its grid connected capacity. Burning diesel not only emits toxic fumes, but is also expensive way to generate power. As a deterrent, incentives for both capital investment and power generation by solar rooftop have been encouraged. The installation of solar panel on rooftops saves land and improves the environment. Government buildings, educational institutions, hospitals, commercial buildings, residential properties are being encouraged to install rooftop solar systems. Despite favourable policies and net metering guidelines in several states and a subsidy of 30 per cent offered by the nodal ministry, the installation of solar rooftop systems has been dismal in leading metros in the country.

The government has earmarked 40 GW as the rooftop solar target by 2022, but as of December 2016, only over 1 GW worth of installations have taken place. The tardy progress might elude the target of the flagship programme. Lack of familiarity with the process and fear of bureaucratic red tape are the reasons for the slow uptake of solar rooftops in the residential sector. Other reasons are insufficient knowledge among citizens about the financial incentives and return-on-investment, a perception that large upfront capital investment is required, and ineffective implementation of net metering in various states. However, the challenges on the ground are more complex. Developers stress that there is a problem of lack of uniform roofs in the country that doesn't leave enough space to install big panels. The situation calls for concerted efforts by the agencies to build awareness among citizens and motivate developers to realise the goal.

Impressive growth in the solar power sector hasn’t resulted in a commensurate gain for indigenous solar manufacturers. In fact, indiscriminate and cheap imports of solar plants and machineries from China and Malaysia have been hurting Indian manufacturing sector. Some of India's biggest solar equipment makers are facing financial collapse, priced out by Chinese competitors. There are more than 110 registered Indian solar cell and module makers, out of which only a handful expects to survive according to the Bridge to India, a consultancy firm. Indian companies produced an estimated 1.33 GW of modules last year out of the total capacity of 5.29 GW. In the recently held Smart City Conclave, the manufacturers (also panelists) expressed their serious concern about the vulnerability of very high (85 per cent) import dependency of the solar sector and falling solar power tariff.

Pulling out of the Paris accord by USA has created a multi-billion-dollar market for Chinese solar product makers, who are facing an overcapacity at home and steep duties in Europe. Chinese companies have gained the most from that increase, accounting for around 85 per cent of India's solar module demand and earning around $2 billion, according to industry data. The total annual market could jump to more than $10 billion in the next few years going by the Government of India’s capacity targets.

The need of the hour is to revisit the extant solar power policy. A level playing field and an ecosystem should be provided to Indian manufacturers. Arresting the free fall of power tariff is also must for a healthy growth of the solar energy system.