This town in Karnataka has its very own Central Park

The Gubbi Tree Park, inaugurated recently by the Tumakuru Forest Division in Karnataka, has shone a light on creating state-of-the-art green spaces meant for civic as well as forestry purposes 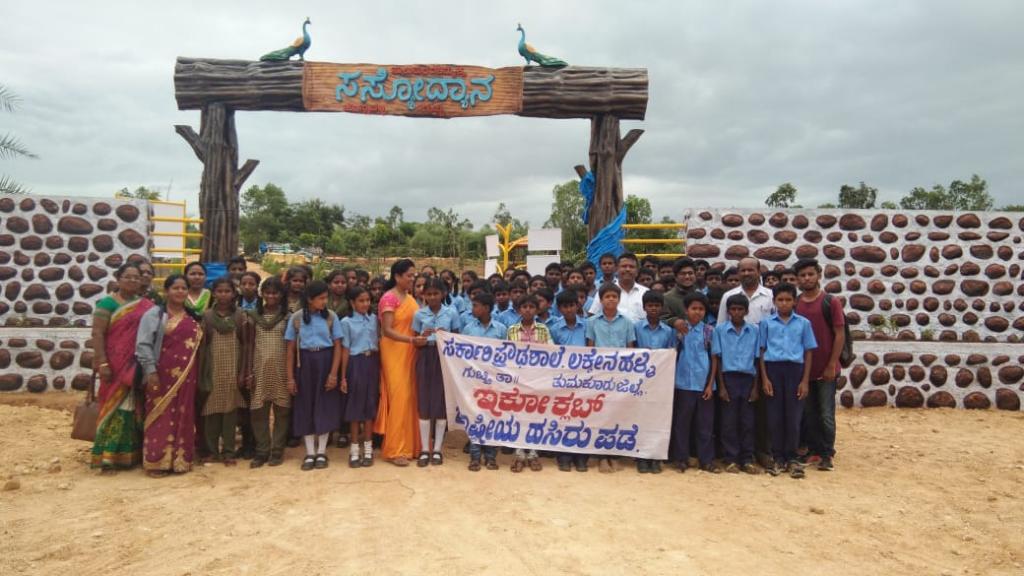 Schoolchildren at the entrance of the Gubbi Tree Park in Gubbi, Karnataka Credit: V Sundararaju

The town of Gubbi is one of the 10 taluk headquarters of Tumakuru district in Karnataka. It is situated at a distance of about 20 km from Tumakuru city. Though a small town, with a population of approximately 20,000 at the moment, it has been expanding. The famous Hindu temple of Channabasaweshwara located in Gubbi attracts a large number of pilgrims throughout the year. Of late, many educational institutions have come up on the outskirts of town, increasing the basic needs of the public for a healthy life. Recently, theTumakuru Forest Division decided to establish the Gubbi Tree Park with an idea of meeting basic civic requirements like walking tracks and playgrounds for children. The park was built on 30 out of 283 hectares of State Forest. Located on the Gubbi-Bidare road, the park is about 0.50 km from the Gubbi Railway Station and about 1.50 km from the town’s Bus Station.

The site for the park was selected carefully, in the vicinity of the town, so that it could be easily approachable. The area, being a notified State Forest, already has tree growth and the same will have a positive impact on visitors till the saplings planted recently attain considerable size. By way of forming such parks in notified forests, possible encroachments by anti-social elements can be avoided. Utmost care is taken to select such areas which do not have any depredations by wild animals and feral monkeys.  As the objective of the formation of this kind of Tree Park is to spread the concept of creation of woodlots (a parcel of a woodland or forest capable of small-scale production of forest products) all over the state, only one such site is selected in each district.

The entire area is protected by planting Reinforced Cement Concrete posts with a chain link fence all around. Walking paths with rain water drainage have been developedon either side of the park. Tree species which are endemic to the region have been given preference. Taller plants of a minimum height of 4 metreshave been planted in bigger size pits with supporting poles in order to prevent swaying due to seasonal winds and avoid any possible damage to the younger saplings. Two low cost pergolas (a type of gazebo) using local materials have been erected for relaxation of the visitors. 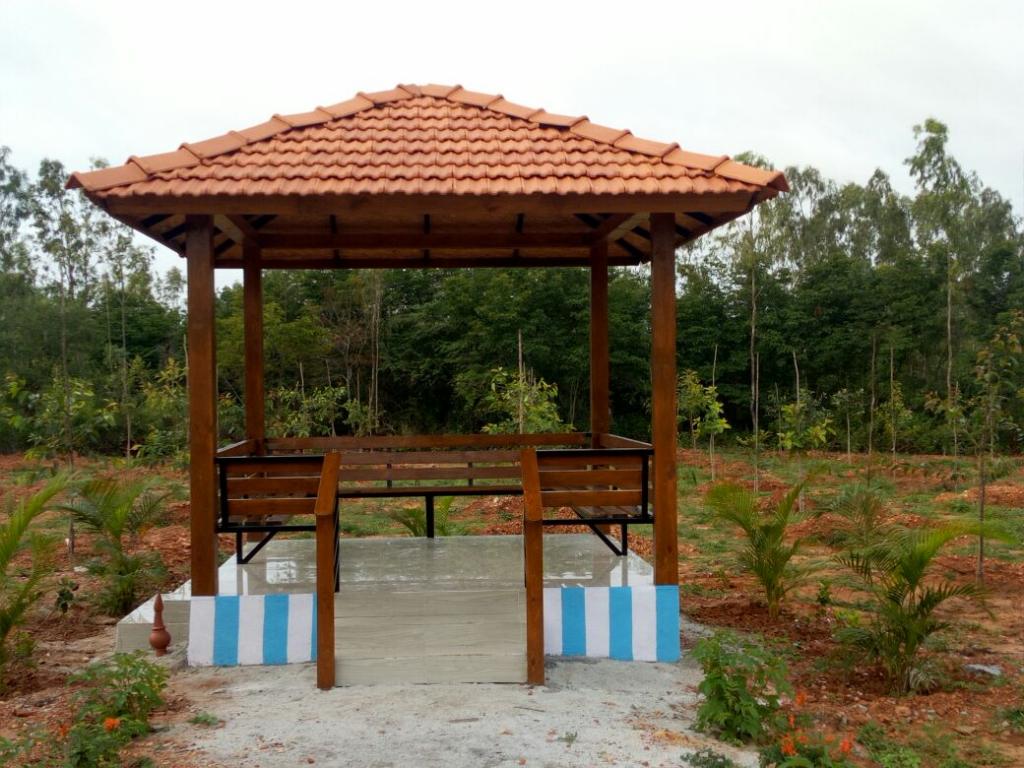 Saplings of 40 tree species have been planted here with the application of organic manure. Each plant will be provided with information boards with its scientific and vernacular names, the family it belongs to and its ecological, medicinal and commercial values in order to generate interest among the onlookers to grow more such trees for the betterment of the globe as a whole as trees play a major role in mitigating global warming.

Drinking water and irrigation facilities have been providedin the Gubbi Tree Park. There is a canal that passes through the park has water during the rainy season. Sitting benches and dustbins have been provided all around the walkway and near the existing trees. Children’s play areas have been formed with sufficient numbers of play equipment. There is a proposal to erect a few solar lights and low cost toilets for both,men and women. Entry to the Tree Park is free for the local public and students of schools and colleges.

There is a proposal to build an ‘information centre’ in the park. Once ready, it will harbourinformation about the great Native American naturalist Chief Seattle, the sacrifice of 365 Bishnois in Khejarli village in 1731 near Jodhpur in Rajasthan in order to protect Prosopisspicigera trees, the story of Gaura Devi of Garhwal’sRane village who protected trees from the axes of forest contractors during the Chipko Movement in 1974, the inspiring story of JadavPayengMolai of Assam, who single-handedly raised about 1,360 acres of forest and of course, the tale of SalumaradaThimmakka of Gubbi, who along with her husband have raised 385 banyan trees on either side of the road between Hulikal and Kudur to a stretch of 4 km.

In today’s world, there is a shortage of green civic spaces in many cities globally. In this scenario, the establishment of the GubbiTree Park is of immense importance. As healthy trees create healthy communities, better business and higher property values, establishment of woodlots like this one may pave the way for peaceful and prosperous living. Developing tree parks in every districtof India will not only benefit society but also lead to mitigation of ever-increasing global warming and climate change. In this respect, the Karnataka Forest Department is performing a wonderful job.