From butterfly to caterpillar

Stung by unplanned growth, Naini Tal -- once a queen among hill resorts -- is being divested of her riches. 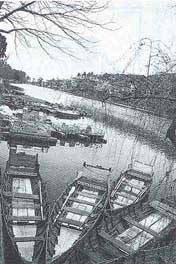 A reverse metamorphosis is taking place in Naini Tal: a beautiful butterfly is changing into an ugly caterpillar. Pollution of the Naini lake, illegal construction, land encroachment, faulty planning and lopsided tourism development is ruining Naini Tal. Its very existence, especially that of the lake, is endangered. Technology alone cannot solve this problem: there must be an awareness that the people and the landscape are an inextricable whole.

A picturesque surrounding, the beauty of the lake, proximity to the plains and a salubrious climate led the British to select Naini Tal as a health resort in the 19th century. It came on the national tourist map at the turn of the century. In the past few decades, Naini Tal has witnessed a phenomenal rise in services and facilities to serve the growing needs of the town.

The spurt in tourism has led to a mad rush for constructing new hotels. According to official data, the number of hotels soared from hardly 15 in the 1950s to 102 in 1981-82. The sharp upward swing continues with the number reaching 134 in 1887-88 and nine more applications submitted for new licences in 1988-89. According to the tourist department, more the half a million tourists visited Naini Tal in 1986.

Egged on by the great demand for new houses, real estate developers have already scarred the lovely hillside. With the connivance of administrators, who have failed to prepare a master plan for the town, houses and hotels have been constructed in areas declared unsafe by the British. Builders have not bothered to remove the rubble from construction because of the extra cost involved. The rubble is dumped into drains on the hillsides from where it flows into the lake during the monsoons.

The construction of hotels and roads in Naini Tal has taken a heavy toll of trees and the felling continues. According to the forest department, 40,000 trees were felled between 1950 and 1975, for which it holds the municipal board responsible. But, even after the municipal forests were taken over by the forest department in 1975, the condition of Naini Tal's forests has not improved.

Goats have severely hampered the success of forest plantations because they destroy seedlings and forest cover. Though the municipal board restricts rearing of goats to licence holders, goats are openly bred in several parts of the town. The campus of Kumaon University, the Ramsay Hospital area and the Ballia ravine have virtually become breeding and grazing centres for goats. Forest department raids against browsing have failed to make an impact due to an indifferent public and law.

The Patan Samiti, constituted in 1984 to permit restricted felling of trees, has also failed to halt the nibbling of the forests by the growing population. This is apparent from the records of the Samiti, which registered only 240 cases of felling trees and collected Rs 35,785 was from offenders between 1984 and 1988.

The construction of new hotels has created another grave problem. Hoteliers are not prepared to rehabilitate the inmates of outhouses of old bungalows that have been demolished to make way for hotels.

People visiting Naini Tal in search of peace and quiet get a rude shock at the indiscriminate blaring of loudspeakers in the town. Even upto the 1960s, nobody could use a loudspeaker without the permission of the executive officer of the municipal board and that too, only for two hours. Loudspeakers were prohibited within 100 meters of the hospital, court, educational institutions and government offices. Today, all these rules are flouted.

The Naini lake is also under the threat of pollution. During the past decade, organic pollution has increased at such a rate that even preliminary studies show unmistakable symptoms of pollution. The luxurious growth of a pondweed associated with organic pollution in the lake is sufficient to indicate how heavily the water is polluted. Toxic substances such as ammonia, hydrogen sulphide and methane have seriously affected the fish population. Fish dying in large numbers have become a regular feature during the winter in recent years.

Until recently, there were only 10 paddle boats in Naini lake, but in 1993 the municipal board issued licences for 80 more paddle boats. The paddlers throw food and non-degradable waste into the lake. Ecologists have observed that the lake fishes are infested with tape worms. The lake is the main source of drinking water in Naini Tal and, ominously, school children have been the victims of a jaundice epidemic in the summer of 1993.


The rapid expansion of Naini Tal after Independence has been completely unplanned and the situation is imperceptibly heading towards a crisis. Perhaps the answer to Naini Tal's problems lies in decentralising the tourist traffic. When a hive is full, bees shift to another hive. As with hives, so with resorts. The need of the hour calls for a more uniform development by upgrading the facilities and amenities in other towns of the district and by developing new resorts that can divert the crowd from Naini Tal.

Few areas in the Himalaya are endowed with such a constellation of lakes as the beautiful lake basin sprawling over a length of 25 km in Naini Tal district. Of these, Bhim Tal, Naukuchia Tal and Sat Tal deserve special mention because these lakes have the resource potential for multiple tourism activities. Ramgarh, Mukteshwar and Bhowali, also near Naini Tal, are ideal holiday resorts that could be developed.

Ajya S Rawat is a fellow of the Nehru Memorial Museum and Library in New Delhi.