Fuel for the people 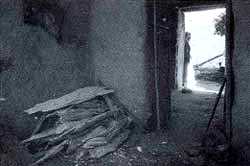 IN THE context of the forest department's increasing sensitivity to participatory programmes such as joint forest management, the "anti-people" stance of the article by a senior forester like A N Chaturvedi is shocking. In his article, he gives priority to specific uses of forests than to people and thus advocates the approach of people for forests rather than forests for the people. He accords primacy to the "carbon dioxide absorption" function of Indian forests over all their other functions, despite the relatively small contribution of India to global carbon dioxide emissions.

While many will share Chaturvedi's concern for depleting forest resources in India and the urgent need for reverting the negative trends, they may find it difficult to agree with his approach, both in terms of analysis of degradation processes and the remedies. This is especially so because he puts all the blame for forest degradation on grazing and fuel-gathering by the people and pleads for replacing these uses with alternative uses of forests -- such as wood for paper-making and timber -- that, according to him, promote the "carbon sink" function of forests.


However, anyone familiar with India's rural areas knows grazing, lopping and fuel-gathering are not the only biomass related activities of Indian villagers. There are several other activities, including protection and management of natural vegetation, with clear implications for carbon dioxide related issues, on which the experts should reflect.

Chaturvedi's discussion on how trees absorb and store carbon dioxide is presented as a primer on "forests as carbon dioxide sinks". However, in conclusion, it barely echoes the prevalent global uproar on the subject of "carbon dioxide and the declining extent of tropical forests" and the default on the part of developing countries -- here represented by India -- to understand and act on the subject.

One would, however, expect something more introspective from a forestry expert, especially on issues such as the following: How does total diversity of vegetation, in so-called scientifically managed, commercially oriented forests, affect the level of carbon dioxide absorption by trees? What could be the role of woody perennials, fruit trees and scattered trees -- as under agro-forestry -- in contrast to the contiguous blocks of trees -- as in a forest -- in carbon dioxide absorption? To what extent is local emission of carbon dioxide -- through grazing and burning by local communities -- absorbed by local tree resources? In terms of carbon dioxide emission, how does the impact of frequent forest fires in the developed countries -- covering thousands of hectares and ranging for weeks together despite modern fire-fighting facilities -- compare with the impact of use of forests for fuel and fodder by people in countries like India? All these deliberately ignored issues are not only central to the global debate on the subject, but may soften Chaturvedi's stance against people's strategies for meeting their basic needs from forest or non-forest biomass.


Besides, the approach linking deforestation to the practices of grazing and fuel collection is too simplistic because it ignores both the diversities and the processes of the situation. To begin with, to establish the links between people's use of forest biomass and depletion of forests, Chaturvedi uses the gross national data on the growth of human and livestock population, which in his view has accentuated the pressure on forests for grazing, lopping and fuel-gathering. One important factor, which many scholars usually ignore, is that such aggregations hardly serve any practical purpose beyond international comparisons and pleading before donors. Chaturvedi, while using such macro-level aggregates, also misses the very essence of what he is looking for.

Comparison of census data on livestock population for the last two decades shows that the proportion of large-bodied animals, such as cows and bullocks, has declined in practically all Indian states. The higher growth of small ruminants and buffaloes is also universal. The geographical distribution of the former and their new patterns of migration -- to green revolution areas during the post-harvest period, rather than to forested tracts -- on the one hand, and the increasing extent of stall-feeding of buffaloes and high-yielding cows -- using grown fodder or crop by-products -- on the other, hardly generate any extra pressure on forests. Thus, the linking of animal and human population growth to forest depletion through aggregate national data is too simplistic an approach.

Reflecting on the supply side issues, without condoning the tardy and inadequate progress of reforestation programmes, one may question Chaturvedi's sweeping generalisation on the subject. Notwithstanding the leakages and failures of the social forestry programme in many areas, field studies and observations made during the 1970s and the early 1980s in Gujarat, Maharashtra, Karnataka, Madhya Pradesh and even parts of Rajasthan showed vast areas that were completely barren in the past now have visible tree or shrub cover.

Chaturvedi strongly recommends that grazing, lopping and fuel-gathering practices be discouraged, so that forests can perform their key function of carbon dioxide absorption. The forest uses conducive to this function are also emphasised. One wonders how many policy makers would buy this suggestion and put the global goal of "enlarged carbon sink" over and above the interest of our own people. Those familiar with the people's biomass strategies surely would not take the suggestions seriously.