Poorly regulated Medical Council of India could soon be defunct, what next?

If the National Medical Commission Bill, 2017 becomes an Act, the Medical Council of India will be replaced and doctors will not have regulatory powers 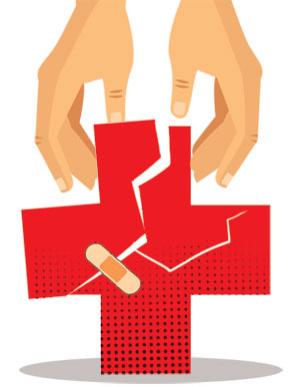 The Medical Council of India (MCI), a statutory body set up to maintain high standards of medical education, has always been in thick of controversies. It is poorly regulated and is allergic to change. Under MCI, doctors regulate doctors, even though self regulation is often difficult. It is also rife with corruption. For instance, in 2010, former MCI president, Ketan Desai, was arrested for accepting a bribe of R2 crore from a medical college.

Numerous efforts have been made in the past to regulate and control MCI, but it has vehemently opposed them. In a fresh move, the Union Ministry of Health and Family Welfare tabled the National Medical Commission Bill, 2017, in the Lok Sabha on December 29, 2017. If it becomes an act, MCI would be replaced by the National Medical Commission (NMC). Regulatory powers would now be in the hands of the government, and not doctors.

Losing powers could be the reason why doctors went on strike on January 2, 2018. They called off the strike after the bill was sent to a standing committee of the Lok Sabha for re-evaluation. Other than loss of independence, the doctors also objected to a key provision in the NMC bill which would allow AYUSH practitioners—trained in the Indian systems of medicine and homeopathy—to prescribe allopathic medicines after clearing a bridge course. The bill also mandates AYUSH practitioners to be on the board of NMC to ensure integration between different systems of medicine.

The allopathic doctors claim AYUSH practitioners are not competent to treat patients with allopathic medicines. However, assessment of rural medical assistants (RMA) in Chhattisgarh showed that they were as good as physicians and 61 per cent of prescriptions by both MBBS medical officers and RMAs were found to be appropriate for treating health conditions.

The objection of allopathic doctors is redundant considering that worldover health systems have benefited from alternative cadres of healthcare professionals. In China, barefoot doctors (much less educated than the AYUSH practitioners) have been allowed to provide primary healthcare services since 1960s. China has also integrated modern medicine with traditional Chinese medicine successfully. India too should embrace integration. This is important as the disease profile of the country has changed. We now face acute chronic diseases which need more management than treatment. In fact, some allopathic practitioners proudly prescribe components of AYUSH medicines as part of their allopathic practice.

This alternative cadre would also help provide healthcare in remote areas where allopathic doctors do not want to go mainly because these are not lucrative and hard to access. They say that being forced to practice in rural areas is coercive tactics. They also say that there are not enough rural postings and they are not trained to handle patients without proper medical infrastructure. Under NMC, medical students will have to clear the National Licentiate Examination. Once the act comes into force, it will make it mandatory for students to clear the examination before practicing. This is a good move. Unfortunately, the allopathic doctors are against this too just because they have to clear an additional examination.

While re-evaluating the bill, the standing committee should ensure that the bill is not diluted under pressure from doctors. It should also ensure that the bridge course is designed well so that AYUSH doctors are trained well. The committee needs to make sure that public healthcare systems are strengthened and is accessible to all citizens. Be that as it may, the fact that the government has removed the provision of “Right to Health” from the National Health Policy, 2017 makes the government’s intent unclear.

(This article was first published in the 16-31 issue of Down To Earth under the headline, 'A new prescription under test').