An attack on grassroots democracy?

Why the Jharkhand government is promoting illegal, parallel governance 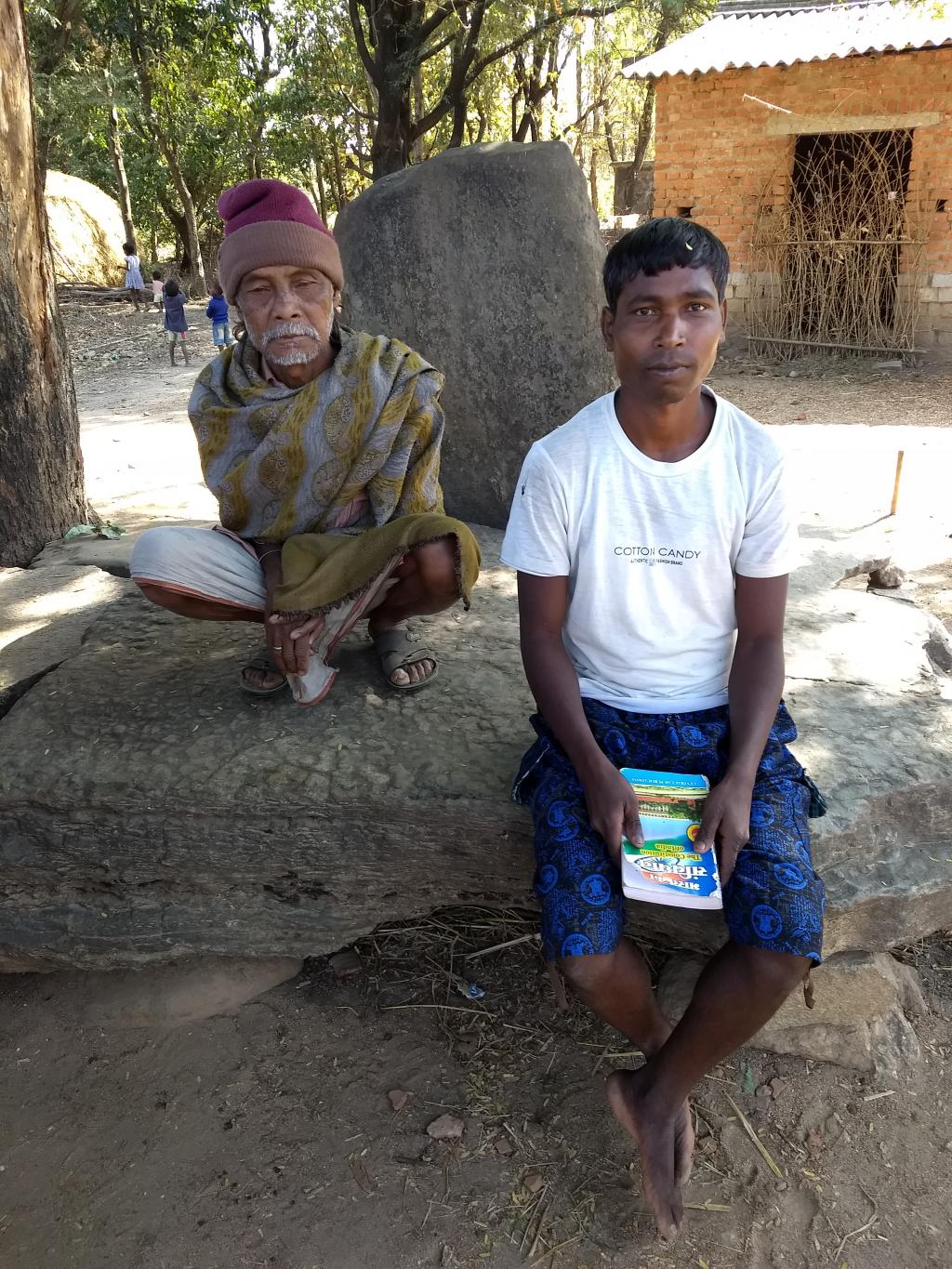 The present government in Jharkhand is bent on eliminating the decentralised governance system in a planned manner. On the orders of the Chief Minister, it has been decided by the State Cabinet that development work in the rural areas will be done by establishing village and tribal development committees in all 32,000 villages of the state. These development committees will be responsible for implementation of rural schemes up to Rs. 5 lakh. This proposal of the Rural Development Department (Panchayati Raj) has also been approved by the cabinet on March 13, 2018 but the formation of these committees and empowering these as implementing bodies for rural development schemes is against the 73rd Amendment of the Constitution, and it is also a violation of the Panchayats (Extension to Scheduled Areas) Act, 1996, or PESA.

Since the inception of the Panchayati Raj institutions in Jharkhand, the village panchayats have been given the right to plan and execute rural schemes through the Fourteenth Finance Commission (FFC) and the Mahatma Gandhi National Rural Employment Guarantee Act (MGNREGA) and clear guidelines have been articulated for both.

PESA has clearly mentioned the special rights of the Gram Sabhas in the Fifth Schedule areas under which, special powers and rights have been provided to the Gram Sabhas in the tribal areas and traditional village heads have been recognised as key persons for planning and implementation of schemes in these areas. Sections 10.1 and 10.5 of the Jharkhand Panchayati Raj Act, 2001, or JPRA also talk about the powers of the Gram Sabhas in local decision-making and the implementation of schemes. However the formation of “Gram Vikas Samitis/ Adivasi Vikas Samitis” is in clear violation of both PESA and JPRA, as it completely ignores the rights and powers provided to the Gram Sabhas and local elected bodies by these two powerful Acts.

Why is the formation of Vikas Samitis unlawful?

Section 71 of JPRA, which mentions the seven different Standing Committees to be formed under the Gram Panchayat and Section 10.1, which discussed the powers and functions of the Gram Sabha, clearly mention that each Gram Sabha will have eight different Standing Committees including a village development committee. The state government, however, had shown no interest in the past few years to form these committees and devolve powers to them.

In Section 15 of the Notification for Gram Sabha guidelines, 2003, the state government had notified that each Gram Sabha Standing Committee would have four members who would be selected by the Gram Sabha and thus the village development committee under the Gram Sabha too would have four members in the committee, one of whom would be the president of the Standing Committee and would be nominated by the Gram Sabha. In contravention of this guideline, the newly-issued order of March 13, 2018, had mentioned that the Gram Vikas Samitiis would be formed in revenue villages having less than 50 per cent tribal population and Adivasi Vikas Samitis would be constituted in vilages having more than 50per cent of the same. It further states that these committees would be constituted through a special Aam Sabha (general meeting) and would have 9 members each for villages having up to 100 households and 11 members for villages with more than 100 families. The traditional village heads, who are empowered to convene Gram Sabhas under PESA, have been reduced merely to invitee members in the Gram Sabhas according to this new state government initiative.

Further, the state government has now directed that these newly-formed village development committees/ tribal development committees now will be responsible for the planning and implementation of rural schemes up to Rs. 5 lakh and that it would transfer 80 per cent of the funds for the schemes directly to the bank accounts of these committees. It has indicated that the rest 20 per cent of the cost needs to borne by the community themselves.  While on the one hand, the physical and financial power devolution to these committees are in clear contravention to the JPRA and PESA, which empower Gram Sabhas as decision-making bodies and elected panchayats as executing agencies, on the other, the decision to transfer only 80 per cent funds for schemes puts a question mark on physical completion of the schemes in rural areas.

The state government has also ignored the fact that according to the JPRA, Gram Sabhas are supposed to have village development funds which include funds for grain, cash, commodity and labour and the Gram Sabha can receive funds through donations and incentives too. While the state government could have re-enforced the law and honoured the elected Gram Panchayats and existing structures of the Gram Sabhas in the Fifth Schedule areas, it has bypassed the law and is trying to provide powers to a handful of people which could completely destroy the idea of  rural decentralisation, participative decision-making and eradicate the organic relationship between the Gram Sabhas and Gram Panchayats, which enhance transparency and accountability in the local ecosystem.

While the Panchayats and Gram Sabhas are suffering from powerlessness and lack of incentives, this illegal initiative by the state government will add further to the loss of power of the elected bodies and traditional village heads. It is completely against the local and traditional governance system in the Fifth Schedule areas which preserves the rights for local decision-making and implementations. The big question is why is the government promoting such illegal and illegitimate non -elected bodies and empowering them for local planning and executions. It has been reported from many areas that local Bharatiya Janta Party (BJP) cadre, local contractors and influential local elites or their family members are getting elected to these committees. The harakiri committed by the government to form these committees without considering the legal implications clearly shows a malafide intention.

How will MGNREGA be violated and impacted?

According to Section 16 of MNREGA, the Gram Panchayats are empowered to execute at least 50per cent of the schemes. Under Section 17, they are responsible for making available all the bills, vouchers and muster rolls to the Gram Sabhas, while the Sabhas have a greater role in monitoring the schemes and conducting social audits.

However, the new cabinet order has empowered the Gram Vikas/ Adivasi Vikas Samitis as planning and implementing agencies for MNREGA as well and has asked the concerned department to suggest amendments in the existing guidelines.

Considering that for the past three years, the state had been focusing on individual small assets and almost no scheme costs more than Rs 5 lakh, the recent order would mean a 100 per cent implementing powers to these Samitis, which is a basic violation of MGNREGA.

Unlike most other departments, MNREGA has a very clearly articulated role of the Gram Panchayat executive committee in each and every process in the state. For instance, from work sanctioning to verification of muster rolls and from work allocation, payments to workers, to scheme closure, the roles and responsibilities of Panchayat representatives are very clearly articulated through government orders. It is difficult to understand why the state government is not abiding by the Act and the guidelines which they themselves had issued.

According to Section 17 of MGNREGA, the Gram Sabha will be responsible for conducting social audit and this was supposed to enforce a larger discourse of citizenship and accountability at the grassroots. However, this recent decision on Vikas Samitis would mean that the Gram Sabha-promoted committees would now be acting as an implementing agency in MGNREGA and thus can never hold the responsibility to hold social audits, which again is a basic violation.

It is important to understand why the state government would push for such a parallel governance system which is clearly unconstitutional and unlawful. There is no doubt that such an arrangement would weaken the local democracy and make a handful of local elites more powerful both, politically and financially. It does lead to an assumption that the BJP is trying to build a party cadre-based service delivery system which would help them gain some political mileage ahead of the elections.

(Kumar Sanjay assisted with the writing of this piece)