Call it a memorable year for children? No, not quite

In 2017, we saw some positive changes, but at the same time witnessed loss of life, morbidity and vulnerability which children face in our country 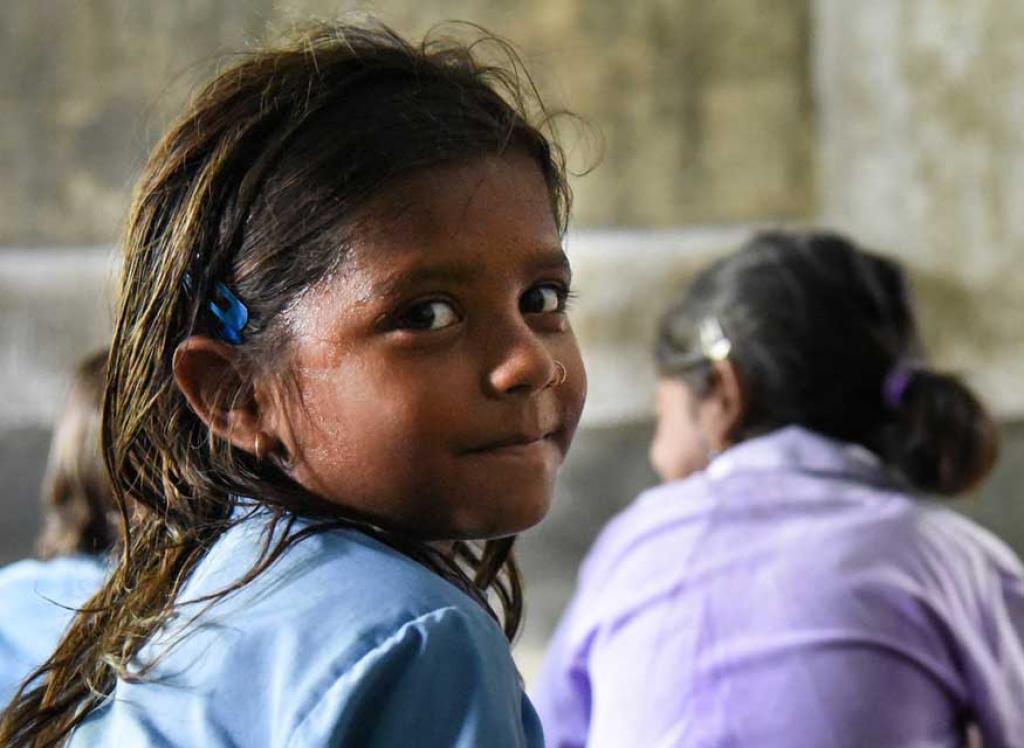 As yet another year comes to a close and we are already making resolutions for the New Year, it’s also time to look back and see how the year has gone by. So, how was 2017 for our children? This year, children were newsmakers—for all the wrong reasons and a few right ones too.

Schools were not as safe as they should have been

The year was marked by two worst reminders of the fact that the schools in our country are not adequately equipped to ensure child safety—both in terms of the infrastructural preparedness, and mitigating threats arising from people. As seven-year-old Pradyuman succumbed to injuries in a school in Gurugram, and another four-year-old student of a South Kolkata school is still struggling to cope with her wounds, the entire country is debating about the scope of responsibility a school should have towards students. The lapses in protection of children inside school premises point to the fact that child protection needs much more than legislation and numerous guidelines. It needs a commitment towards zero tolerance against violence on children. It also reopens the debate around the justice system trying children as adults.

If that was not enough, a three-year-old girl was subjected to brutal torture in another instance of sexual abuse in Purulia, West Bengal. While she died from sepsis due to numerous injuries caused by insertion of needles into her frail body, the doctors treating her claimed they had not seen such violence on a three-year-old in their entire careers. It is not surprising then, that India saw a sharp rise (11 per cent) in crime against children between 2015 and 2016, as freshly released NCRB data suggests. If one goes by absolute numbers, it is an increase of 12,786 reported crimes against children across the country in one year (from 94,172 in 2015 to 106,958 in 2016).

Sex with minor wife is rape, the Supreme Court ruled

However, the year did witness some positive developments in the legislative and judicial levels. In a landmark judgment, the Apex Court read down Exception (2) to Section 375 to hold that sexual intercourse by an adult male with his minor wife with or without her consent, would amount to rape. Prior to this judgement, intercourse between a man and his wife, if the wife was above 15 years of age, did not constitute rape. The judgement also recommended that the Prohibition of Child Marriage Act (PCMA), 2006 should be amended to make all child marriages void ab initio (to be treated as invalid from the outset) in line with the Karnataka PCMA Amendment, 2016.

After the Child Labour (Prohibition and Regulation) Amendment Act, 2016, a notification was released this year by the Ministry of Labour and Employment to amend the Schedule (Part A and Part B) of the Child and Adolescent Labour (Prohibition and Regulation) Act, 1986. Part A mentions hazardous occupation and processes in which adolescents are prohibited to work and children are prohibited to help. Part B contains lists of occupation and processes where children (less than 14 years) are prohibited to help in family or family enterprises, while allowing adolescents to work. But there is still no clarity on how the monitoring and execution would take place on ground.

Trafficking of Persons (prevention, protection & rehabilitation) Bill 2016 is a first

May 2017 saw the country’s first ever initiative to expand and redefine trafficking after the Ministry of Women and Child Development came up with the draft of the Trafficking of Persons (Prevention, Protection and Rehabilitation) Bill 2016. The Bill promises to treat survivors of trafficking as victims in need of assistance and make rehabilitation a right for the rescued.

So many infant deaths recorded in hospitals

In Uttar Pradesh, 70 infants died in a tertiary care hospital in Gorakhpur (July and August) and 49 in Farrukhabad. Ninety children died in two months in Rajasthan’s Banswara district hospital and 55 in Maharashtra’s Nasik Civil Hospital in August alone. Debates aside, infant mortality is tragic, but not unusual in India. High child death figures are routine for the monsoon months, when infections peak and already overburdened hospitals are unable to cope. A failing healthcare system on the ground coupled with inadequate investment has been perennially de-prioritising the issue of child mortality across the country.

On the other hand, in a welcome move, the allocations for the beneficiaries of Anganwadi Services and Scheme for Adolescent Girls (out of school 11-14 years) under the Integrated Child Development Service (ICDS) improved this year in terms of Supplementary Nutrition (SN). For children between 6-72 months, the allocation increased from Rs. 6 to Rs. 8; for pregnant and lactating mothers, from Rs. 7 to Rs. 9.50; for severely malnourished children, from Rs. 9 to Rs. 12 and for adolescent girls (out of school) the budget per child increased from Rs. 5 to Rs. 9.50. The actual impact is, however, yet to be seen on the ground. Moreover, the overall budget for children is stagnant and in 2017-18, only 3.32 per cent of Union Budget was parked for our children.

The RTE Second Amendment Bill was introduced in the Lok Sabha in August 2017, proposing that the ‘No detention Policy’ under Section 16 of the RTE Act be amended to re-introduce year-end examinations for students at Classes V and VIII. If a child fails in the examination, s/he can re-appear. On failing the re-examination, the relevant central or state government may decide to allow schools to detain the child. Expulsion from school, however, is not allowed until completion of elementary education. It is imperative that the No Detention Policy be seen in sync with the provision on Continuous and Comprehensive Evaluation (CCE), which has not been implemented in its true spirit thus far, leading to poor assessment and teaching-learning processes.

Adults amplify the voice of the child

Influential entertainment icons like Shoojit Sircar, Shaan and Amol Gupte came out to voice their concern about the way children are treated in the film and entertainment industry. In an industry which is largely ‘adult dominated’, it was brought to focus that children’s right to education, development, play and leisure should never be compromised. What also came under the limelight was the fact that both parents as well as production houses need to be very careful that their guardianship does not treat children as commodities to be profited from.

“We owe it to our children to give them a dignified and hopeful future…” said Giorgio Napolitano. And we in India owe it to our 472 million children. Looking back at 2017, we see some positive changes done and at the same time feel distressed on witnessing loss of life, morbidity and vulnerability which children face in our country.

Here’s hoping in the New Year that we are more cognisant of children’s right to a happy, healthy and creative life, safe from exploitation of any kind.

This commentray was first issued by CRY - Child Rights and You (formerly known as Child Relief and You) - an Indian NGO that believes in every child's right to a childhood.