Step forward from the backward districts

India's 100 backward districts can teach a new lesson on development 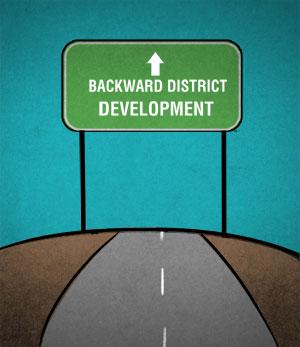 Nobody can beat Prime Minister Narendra Modi in bringing the much needed but rarely talked about development issues into the national limelight. Be it sanitation, providing clean energy to poor women or making development delivery effective through technology, he has played the role of a powerful messenger. The implementation of his visions is another matter. The latest addition to his long- term agenda is seen in a message to his ministers and secretaries to the government: focus on the 100 most backward districts of India.

Soon Modi’s message will trickle down to the headquarters of the backward districts. The district collectors would then ask their juniors to count the development programmes implemented in the districts. After a few weeks, the collectors will be told that 150-200 programmes are under implementation, many of which are being implemented since the past 60 years. The collectors would make frantic calls checking with their seniors what new could be done to “develop” the backward districts.

Beneficiaries or victims to development models, these districts provide crucial lessons on how to develop, or not, such resource-rich areas. The strategy behind the first experiment to develop these districts was: bring in the industries and development would follow. But the local development index has not changed much. Instead, it triggered social unrest as huge chunks of forest and land had to be acquired to make space for industries and related projects. After a few decades, the government scripted local development programmes with a focus on the local ecology and communities. A few schemes, such as the Rashtriya Sama Vikas Yojana and the Mahatma Gandhi National Rural Employment Guarantee Act initially involved communities in local development and empowered the panchayats with development funds. But the impacts were not significant, again. So, what should be the way out?

First, no pro-poor development budgets can fix backwardness because the local economy depends on the ecology and can’t be empowered through industry. Second, programmes scripted in Delhi, which have a preconceived notion of development, need to be junked. Such a strategy has just pumped in huge development funds but without the results. Instead, communities should be allowed to script their development plans. Tribal communities should be able to collect and process forest produce and earn a profit, within their village. Industrialisation should enable this. This way, backward districts will become the place from where India takes a step forward to meet this development challenge.

The column was originally published on June 16-30, 2017 issue of Down To Earth