AMR: Balancing sustainability and food security in intensified agriculture is the solution

Ensuring intensification of livestock farming is scientifically sound and sustainable could be key to tackling AMR, writes Philip Mathew 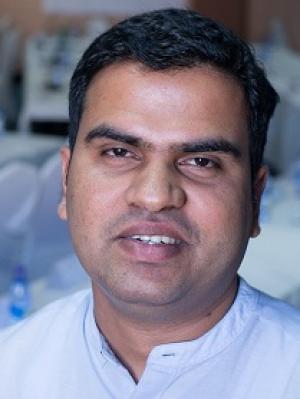 In the last century or so, the countries of the global south have been consuming a carbohydrate- rich diet, that may provide adequate energy but not enough amounts of good quality protein.

But the improvement in incomes and the greater purchasing power which comes along with it, is rapidly increasing the demand for proteins in these regions of the world and people are looking at relatively high-quality animal sources for satisfying the demand.

The consumption of animal products has sky-rocketed in most of the Low-Middle Income Countries (LMIC), as the demand for proteins are being fulfilled by various kinds of meat.

Globally, the price of many meat products has been relatively stable as compared to other commodities; and this has made these foods financially accessible to a larger section of the population.

Most of the increased production and price stability has come through intensified farming systems, which focus on improving efficiency and economies of scale.

The intensification process in food animal production and aquaculture has been traditionally associated with greater stocking density (more animals per standard area), higher use of commercial feeds and wide-spread use of antibiotics.

The irrational use of antibiotics in the farm sector is a significant driver of antibiotic resistance (ABR), a problem that is now threatening to offset several healthcare achievements of the 20th century.

If we consider the LMIC perspective, the availability of ‘cheap food’ has been the cornerstone for achieving food security even in the face of rapid population growth and intensified agricultural systems have played a significant role.

But there is greater realisation now that food produced by intensified agricultural systems are ‘cheap’ because we do not factor in the sustainability costs, which are essentially transferred to the next generation.

Considering these facts, there is a need to balance the need for food security in poorer regions of the world and at the same time ensure that food production do not rob our future generations of a healthy life.

Therefore, it is not possible to completely do away with the intensification process. Rather, we need to introduce a sustainability lens to the whole exercise and make it as scientific as possible.

The proportion of household income spent on food in LMICs is much more than High Income Countries (HICs) and any increase in this expenditure can have a cascading effect on several other domains.

Hence, calibrating food security requirements and sustainability needs is a vital process in ensuring greater buy-in from all the stakeholder groups.

Moreover, one other argument in favour of ‘sustainable intensification’ is that conversion of new land for agriculture (extensification or free-range breeding) may result in catastrophic and irreversible damage to the environment.

It is estimated that more than 60 per cent of farmers follow non-intensive forms of agriculture production, if we look at developing countries of south Asia and sub-Saharan Africa.

Most of them are small / marginal farmers, with low incomes and sub-optimal access to social security.

When there are pressures on land use, the only option available to them to increase production may be to shift to a more intensive form of agriculture.

Most of the time, that shift is based on unsustainable practices which is driven by poor knowledge / competence and lack of investment.

If we look at absolute numbers, millions of farmers from LMICs will shift to intensive farming over the next two decades or so.

Therefore, if the process of shifting to intensive agriculture is optimised and made more sustainable, the level of adoption of biosecurity measures (which can prevent infection) may be high and antibiotic use may be low.

Another strategy which is considered for improving the sustainability of food animal farming is localised production.

Backyard and marginal farms, which supply products only to the local markets, may not be as efficient as the ‘factory farms’, but they play a remarkable role in ensuring food security in the developing world.

There is a fair degree of evidence to show that antibiotic use is much lower in backyard farms, as compared to larger commercial farms.

Such farms tend to be more accountable to the local community and this is reflected in low use of growth stimulants and better hygiene measures.

Two of the biggest bottlenecks which prevent a move to sustainable intensification is the farmers’ lack of access to finances and sub-optimal understanding / competence.

The latter is more serious and it can negatively influence the farmers’ attitude towards sustainability measures in farms.

There are several misconceptions about the feasibility and costs involved in measures to improve quality and sustainability of the intensification process and this is resulting in active resistance from farmers’ groups.

ReAct, an international science-based network on ABR, has been trying to plug this gap in the Asia-Pacific region.

Apart from regular situation analysis reports on the use of antibiotics in food systems in several countries in the region, ReAct has been working to map out the perception of farmers regarding various measures to reduce use of antibiotics.

ReAct has been working to produce toolkits for engaging farmers and increase their competencies in adopting biosecurity measures with minimal investment.

These multimedia toolkits are now being produced for small scale broiler and shrimp farmers and more such groups will be targeted in the future.

The toolkits can be used by any group or agency that wants to engage farmers in the LMIC settings and the contents have been prepared with a culture-neutral approach.

It can potentially ensure that the small farmers adopt intensification process in a scientifically sound manner and that they are able to apply a sustainability lens within their limited contexts.

An overall reduction in meat consumption may be the solution for many food systems issues, but that does not seem like a feasible option in the short / medium term.

Therefore, what we can hope for is that the farms are made more sustainable while ensuring robust production quantities for global food security.

Philip Mathew is a public health researcher and a consultant to ReAct Asia Pacific. Views expressed are the author’s own and don’t necessarily reflect those of Down To Earth