Diseases of a lifestyle: the transition to avoid

Can we not go from being poor but unhealthy to being rich and healthy? Why should we inherit diseases that can be junked? 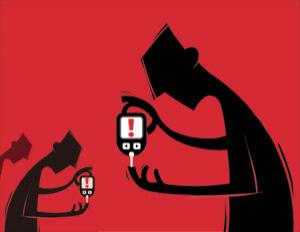 In June 2017, British medical journal Lancet published a review of the prevalence of diabetes in 15 states of India. This study by a group of medical practitioners, funded by the Indian Council of Medical Research (ICMR), has worrying numbers. It finds that while some 7 per cent people in India (based on 15 states’ data) had diabetes, the prevalence of pre-diabetes (early signs, particularly elevated blood sugar levels) was a staggering 10-15 per cent, depending on the criterion used. This is no small health burden on a poor country.

Their conclusion is we are undergoing an epidemiological transition. States with higher GDP—Gujarat, Maharashtra, Tamil Nadu and Chandigarh—have higher prevalence of this disease as compared to Bihar or Jharkhand. Delhi and Goa, with high income levels, are still awaiting sampling. Rural areas have lower diabetes rates than urban ones. But most worryingly, the study finds that the poor in urban well-off states have higher incidence of diabetes than the rich in the same cities. In other words, the rich in rich cities have started to learn good food habits.

But the poor are now falling into the trap of bad food. The study also found that conversely, in rural areas it was the more socio-economically advanced that were falling prey to diabetes. “It is an epidemic that is in a state of transition,” the study noted. With such large numbers of poor in urban areas and such large numbers of the getting-rich in rural areas, this can easily get out of hand. We are going from lack of food or malnutrition to over-nutrition because of bad food. This is a transition that must be avoided.

But this is where the policy of prevention must kick in. We know that these diseases—called non-communicable by the health community—are connected to our lifestyles. What we eat? What air we breathe? And what environment we live in? These are part of the package of “toxic” development. A model of development where we first pollute and then think of cleaning up. A model where we first industrialise-chemicalise our food, eat unhealthy junk and then think of going to the gym to exercise or eat organic food. But the question is can we not avoid the transition?

Can we not go from being poor but unhealthy to being rich and healthy? Why should we inherit the diseases of a lifestyle that can be junked?

This is where change is essential. This is where we need to make crucial linkages—between our health and the health of the environment. Today, it is polluted water, which is visible in the deliberate murder of our rivers, that is also one of the largest-killers of babies in the country. Today it is the lack of clean energy in homes that makes women cooking on biomass fuel suffer from killer respiratory disorders. It is also responsible for pollution that is making air toxic to breathe in our cities. So, health is an indicator for the environment.

The good news is that our health is also the only real trigger for environmental action. We will act to improve the environment, when we know it impacts us directly. For instance, today, in Delhi there is outrage against the pollution in the air. This is because the 2016 winter’s public health emergency—when pollution levels spiralled out of control—has brought about a clear understanding of the link between toxins and our bodies. It will drive change.

It is for this reason that the United Nations’ sustainable development goals (SDGs)—13 global goals that the world needs to achieve by 2030—must put children at the very centre. Every goal has a link to the child and every goal has a link to the health of the child and so the health of the Planet. This is the human face of the SDGs that would define our progress, or not.