A sham transaction by a drug firm 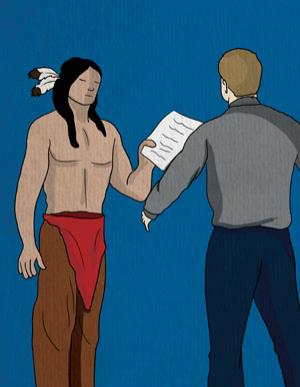 Drug multinationals are past masters in protecting and prolonging the life of their patents however dodgy some of these might be. The huge number of legal challenges filed by rival companies, leave aside those instituted by public health organisations, is proof of how vexatious many of the claims are. This becomes more contentious when drug makers try to extend the patent term—this is usually for 20 years—by making incremental tweaks to the original formula. Such stratagems are par for the course.

Allergan, a Dublin-based drug multinational, opted for an unprecedented and certainly creative method to protect some of its most prized patents: it handed them over to a Native American tribe for safe-keeping! And how does that work? It all revolves around the concept of "sovereign immunity". As the term implies, sovereign immunity is based on the concept—its roots lie in England—that one cannot sue a monarch in a court of law. This concept is codified in the US Constitution which initially barred any prosecution of the states that make up the US of America. The immunity was later extended to Native American tribes and to state-owned universities. Such institutions and groups cannot be taken to court and can use their sovereign rights to enter into settlements, such as patent deals.

Voila! It is the St. Regis Mohawk Tribe in northern New York state which now owns a clutch of patents on Allergan’s top-selling Restasis, a medication to treat dry eye condition. Restasis provides annual inflows of $ 1.5 billion, or 10 per cent of Allergan’s 2016 revenue and the company came up with this novel solution to protect Restasis patents which are being challenged by Mylan and Teva. These companies say the patents which were scheduled to expire in 2014 were extended by tweaking the original product and are now valid till 2024. India debars such incremental changes to the original patent claim under the famous Section 3d of the patent law.

While Mylan and Teva were preparing to launch generic versions of this blockbuster drug in 2013, Allergen secured a patent extension through claims which the generic firms say are novel but cover merely the exact concentrations of active and inactive ingredients used in the new product. Their challenge was filed in 2016 at the US Patent Trial and Appeal Board (PTAB).

In September, Allergan dropped a bombshell by announcing that it had transferred six patents covering Restasis to the St. Regis Mohawk Tribe in Northern New York. The deal involves an upfront payment of $13.75 million and an annual royalty of $15 million for as long as the patents are valid. It is a windfall for the tribe but is a mere trifle for Allergan. The immediate fallout is a filing by the Saint Regis Mohawk Tribe at PTAB for dismissal of Mylan’s suit on the ground that the board as an administrative court has no jurisdiction over the Mohawks—unless the US Congress repeals its immunity.

Mylan’s lawyers have, predictably, called Allergen’s move a “sham transaction,” because the tribe did not purchase the patents but were instead paid to take them. There is outrage among the lawmakers, too. One senator has described it as “the most brazen and absurd loopholes I’ve ever seen, and it should be illegal”.

There is a related issue here. The Allergan case is being heard at the PTAB in a process called “inter partes review” which has helped settle patent disputes in a simpler and less expensive than in the courts. If the hearing is blocked, it could deter generic-drug makers from challenging the patents for some expensive drugs.

Meanwhile, a number of tribes are reported to have hired lawyers to say they are in the market for patents— not to buy them obviously but to be given the rights for a fee, of course.