How to evade a tricky patent call 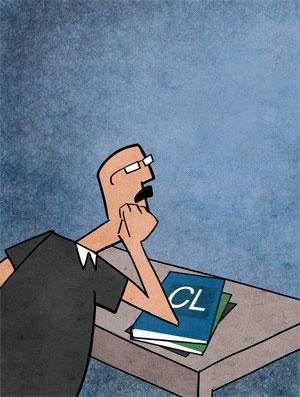 What happens when a ministry or a government department is faced with a decision that would stir up a hornet’s nest, both at home and globally? The easiest option is to duck the question. Which is what the Department of Industrial Policy and Promotion (DIPP) did when Cipla sought revocation of the patents granted to Swiss drug major Novartis for its respiratory drug indacetrol. For close to two years DIPP hemmed and hawed—as did the Union Ministry of Health, which seems to have put out contradictory comments on the issue—and kept the generics company’s plea for revoking the Novartis patents in limbo.

The case is interesting because Cipla was firing on all fronts against the five patents that Novartis held on indacetrol. This was in October 2014, just a couple of years after the hue and cry in the US over the first ever compulsory licence (CL) issued by India. The new National Democratic Alliance government had made it clear it did not wish to rock the boat and had formed a joint working group with US officials to look at intellectual property (IP) issues. Indacetrol was a pretty kettle of fish for DIPP to handle. Cipla had audaciously broken the patents and launched a generic version of the drug at less than a fifth of the cost at which Novartis was selling it under the brand name Onbrez. At the same time, Cipla had made a representation to DIPP, the nodal agency under the Union Ministry of Commerce, seeking revocation of the indacetrol patents under Section 66 of the Patents Act which allows reversal in the public interest.

Cipla contended that Novartis was not working its six-year-old patent in India or making available adequate quantities of the imported drug at a reasonable price—Cipla’s drug Unibrez was on offer at Rs 130 for a strip of 10 pills against Rs 677 for Onbrez—for a disease which it claimed was “prevalent in epidemic proportions”. The revocation petition noted that Novartis was fulfilling just 0.03 per cent of the requirement of the drug. But curiously, Cipla also sought, simultaneously, a CL under Section 92 of the law which permits the government to override patents in the event of a health emergency.

DIPP began extensive consultations on the Cipla petition. It wrote to the Ministry of Health, the Department of Pharmaceuticals (DOP), a part of the Union Ministry of Chemicals and Fertilisers and the Indian Council of Medical Research among others. It was then that Novartis sued Cipla for infringing its patents, adding another tangle to the knotted question.

Going by newspaper reports, it appears that the Ministry of Health was ambivalent on the CL for indacetrol although The Hindu said that it had recommended revocation of the patents and issuance of a CL to Cipla “from a public point of view”. DIPP put the ball back in the ministry’s court by asking for a detailed explanation, according to a report in the online IP website Spicy IP which recently got access to a series of Right to Information (RTI) queries made on this issue. The ministry did send its comments to DIPP after many reminders as did DOP which suggested that DIPP ask Novartis why it was charging so much for the drug compared to Cipla’s rate. It pointed out that India’s Patents Act has a specific injunction that “patents are granted to make the benefit of the patented invention available at reasonably affordable price”. It was a suggestion that came more than a year after Cipla filed its petition—and one that DIPP chose to ignore.

In the end it appears to have been a conscious decision by DIPP to avoid taking a decision that would have the drug multinationals up in arms and very likely invite the wrath of the US lobbies. It should come as no surprise then that Cipla finally withdrew its representation in June this year.