Why did we grant Pfizer's claim on a pneumonia vaccine which has been rejected elsewhere? 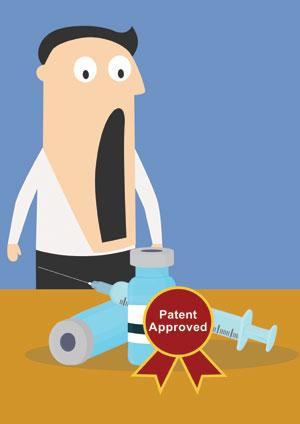 In august, the medical and public health fraternity was stunned when India’s Patent Office granted US pharma giant Pfizer’s claim on its vaccine against pneumonia, the pneumococcal conjugate vaccine (PCV), marketed as Prevnar13. For a country that has stricter patentability criteria than most others, India’s decision was baffling because Pfizer’s patent has been rejected by the European Union (EU) and is being challenged elsewhere, too. The strongest opposition to PCV comes from the pharma industry because of the obviousness of the claims made by Pfizer which means Prevnar13 is neither novel nor inventive.

In India too, the claim was challenged by pharma firm Panacea Biotech and global humanitarian organisation Médecins Sans Frontières (MSF). There are several reasons why the grant of patent here is rather curious. In 2014, rival drugmakers Merck and Novartis succeeded in getting the EU Patent Office to revoke Pfizer’s patent by citing a lack of novelty and inventiveness in its method (Pfizer has challenged the revocation and a decision is awaited). In India, where the patentability criteria is far stricter than in the EU or any other country, how did the patent office think it fit to allow the Pfizer claim?

The general speculation is that the National Democratic Alliance government has buckled under pressure from the US Administration at the prodding of its pharmaceutical lobby. Currently, the pressure is said to be intense on account of bilateral trade deals which are in the offing. Whatever the reason, the patent office decision has set a bad precedent.

MSF’s contention that the method Pfizer has patented is too obvious to deserve a patent is similar to Merck’s argument made in 2012 that Pfizer’s claim of an invention was just the addition of six serotypes to the firm’s existing vaccine. Under Section 3d of India’s Patent Act, this would automatically exclude Prevnar13 from getting a patent. It is also important to note that unlike in India, Merck and Novartis had to fight a post-grant case in the EU. Post-grant oppositions are harder to fight and take long to be decided.

There is another significant concern in India. It is a question that lies at the intersection of the need to protect genuine innovation and drug affordability. Every year, a million children die globally from pneumococcal disease, which is the leading cause of preventable deaths. A fifth of these deaths occur in India where pneumonia kills more children under five than any other infectious disease. There was much cheering when in May, the Union Ministry of Health announced the inclusion of PCV in its Universal Immunisation Programme. The announcement was facilitated because of generous funding from global vaccine alliance, GAVI which is providing PCV at a subsidised rate of 500 per child for three years. PCV is an expensive vaccine—it retails for close to Rs 11,000 per course—and the question is how India can continue the programme in future.

The Prevnar13 patent grants Pfizer a monopoly till 2026. This means that hopes of improved access to an affordable PCV have been firmly quashed since it prevents other drug firms from making much cheaper generic versions of the vaccine available to those who need it the most. PCV13 affords protection against 13 types of pneumococcal bacteria and is a life-saving drug for vulnerable adults also.

The patent challenge was vital for MSF because scores of countries can’t afford the prices set by Pfizer and are therefore unable to start critical immunisations programmes. Competition from generic manufacturers would have rapidly lowered the price. Pfizer’s predatory pricing pulled in US $6 billion for the multinational from Prevnar13 last year. Vaccines are lucrative, and the two companies (Pfizer, GlaxoSmithKline) that control the market for PCV, earned a whopping $39billion in the last eight years by selling it. But it was at the cost of millions of lives.