Silent, subtle and unseen: How seizures happen and why they’re hard to diagnose

About 200,000 US adults seek evaluation at hospital’s emergency department for a first lifetime seizure every year 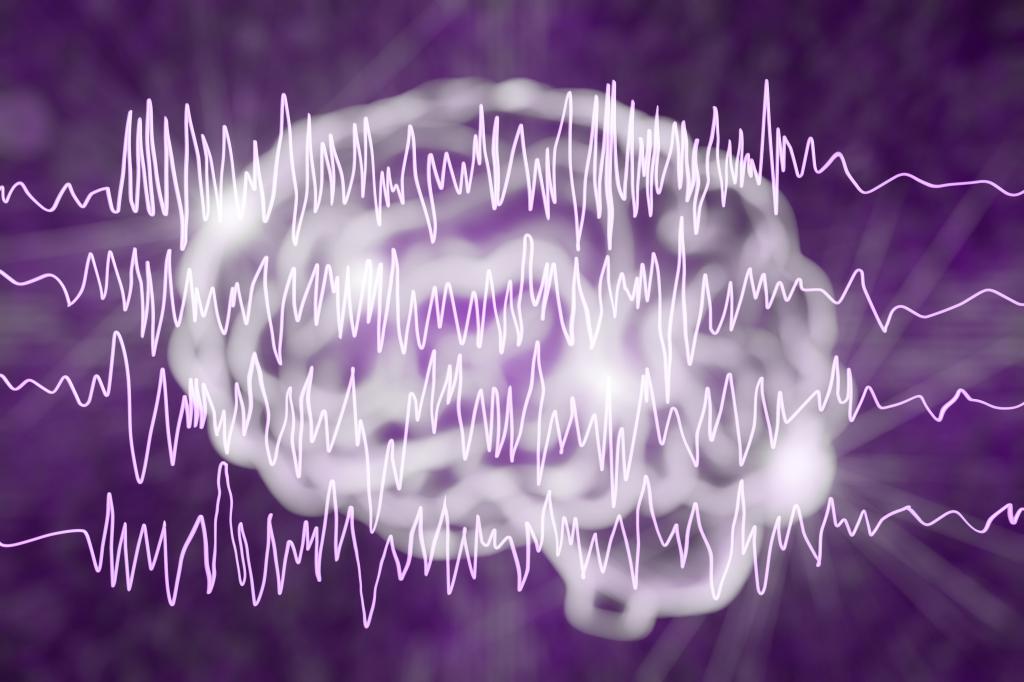 Approximately 10 per cent of people will experience at least one seizure during their lifetime. Photo: Kateryna Kon / Science Photo Library via Getty Images

The dramatic and incapacitating nature of seizures is reflected in the word itself, which derives from the Greek “to take hold” — like an invisible force suddenly grasping someone and controlling their body. This sense of an unknown force has driven many superstitions and misrepresentations of seizures throughout history.

Over the past century, the public’s understanding of seizures has been gleaned mostly from depictions in movies and television, which are often as disturbing as they are inaccurate. While these dramatic representations intensify visual storytelling, they frequently perpetuate stigma and understate the complexity of seizures.

The truth is, seizures are far more varied than what you see in popular culture. Instead, they are often subtle, silent and unseen.

As a neurologist who focuses on the comprehensive care of people who experience seizures, I subspecialize in the treatment of those with epilepsy. That includes identifying and improving gaps in epilepsy care. Research shows there are many.

A seizure is caused by sudden uncontrolled electrical activity from a group of neurons. This hyperactivity overwhelms the brain’s normal tendency to suppress such abnormal activity on both a cellular and network level.

Not all seizures are indicative of epilepsy. An otherwise normal brain may experience seizures during alcohol withdrawal. Seizure-like events may also occur with an acute decrease in blood flow, which can cause fainting.

Seizures associated with epilepsy, on the other hand, are unprovoked and often very difficult to predict. A broad spectrum of underlying abnormalities can all lead to the development of epileptic seizures, including brain tumors, infections, strokes, traumatic brain injury, autoimmune conditions, developmental abnormalities and genetic predispositions.

Seizures are not uncommon

Approximately 1 in 10 people will experience a seizure during their lifetime. But only those with a risk of recurrent unprovoked seizures are considered to have epilepsy, which represents about 1 in 26 people

Because of the wide variety of symptoms, substantial delays to diagnosis and treatment can happen. When unrecognized and untreated, seizures worsen over time and lead to decreased quality of life, cognitive impairments, injuries, including motor vehicle accidents, and sometimes death.

The irony is, much of the suffering is unnecessary. Most people with epilepsy can be seizure-free through the use of an inexpensive medication.

Regardless of the cause, focal seizures are the most common type found in adults. This seizure type arises from hyperactivation of a confined brain region. For instance, a seizure arising from the left motor cortex of the brain may result in shaking of the right arm. A seizure arising from the visual cortex may cause a person to see flashes of light or other strange visual phenomena.

The most common brain region for focal seizures to arise is one of the temporal lobes, of which there are two – one on either side of the brain. These lobes serve many functions and are involved in vocal, auditory and visual processing, as well as emotions and memory. This is why seizures arising from these areas can lead to a variety of unusual symptoms.

Frequently, focal temporal lobe seizures are relatively subtle, particularly to witnesses. Sometimes they are comprised of purely unusual internal sensations such as sudden intense fear, a sudden sense of déjà vu or possibly a strong odor. Until a seizure spreads to involve more areas of the brain, it may not cause loss of consciousness or convulsions.

Because untreated seizures become more frequent and severe over time, it is not uncommon for epilepsy to begin with these relatively subtle focal seizures, then worsen as the seizures begin to involve more brain tissue, and eventually progress to convulsions.

A patient of mine described having strange symptoms for over a decade – symptoms he had not discussed before with me or anyone else. He described recurrent, sudden-onset euphoric sensations, which progressed to an inability to speak for one to two minutes. A bystander would think he was just staring into space. Over the years, these sensations increased in frequency. They eventually became more severe and led to loss of consciousness.

After the patient began an anti-seizure medication regimen, the sensations went away, and he reported improvements in both memory and cognition. Fortunately, he did not experience physical injury, or worse, before his evaluation. But many people are not so lucky.

Recent studies have confirmed that delays in diagnosis are common among people who have epilepsy. Undoubtedly, this is because the early subtle and unusual symptoms are not well recognized by patients, families or medical professionals.

The Human Epilepsy Project is a large, multinational prospective study that followed nearly 500 people with newly treated focal epilepsy for five years. I was among the researchers who analyzed the study’s data, and we found a striking diagnostic delay among many participants. Many of them experienced seizures for several months or even several years before diagnosis.

From those first seizures to the diagnosis, half the participants experienced injuries; 5% had car accidents attributable to seizures. Extrapolating this data to the general population suggests that every year in the U.S., over 1,800 motor vehicle accidents are due to undiagnosed subtle focal seizures. With a timely diagnosis, these accidents are potentially preventable.

However, even those evaluated for seizures don’t always receive the correct diagnosis or treatment. Nearly two-thirds of those participating in the Human Epilepsy Project sought an initial seizure evaluation in an emergency department. About 90% were there only after their first convulsive seizure – that is, after the seizure spread and now involved the full brain.

But leading up to that first convulsive seizure, nearly half of participants had been experiencing nonmotor focal seizures, which went largely unrecognized. For that reason, many people who could have been diagnosed with epilepsy and started on treatment were not.

As it stands now, about 200,000 U.S. adults seek evaluation at a hospital’s emergency department for a first lifetime seizure every year. Often, they are diagnosed with epilepsy at that time or shortly thereafter. Poor recognition of subtle seizures bears significant consequences for individuals, communities and the health care system. Improving our understanding of the diverse ways seizures arise and affect lives will help us close the gap and lessen the consequences.