Slaves experimented on by ‘father of gynaecology’: A call to acknowledge their past 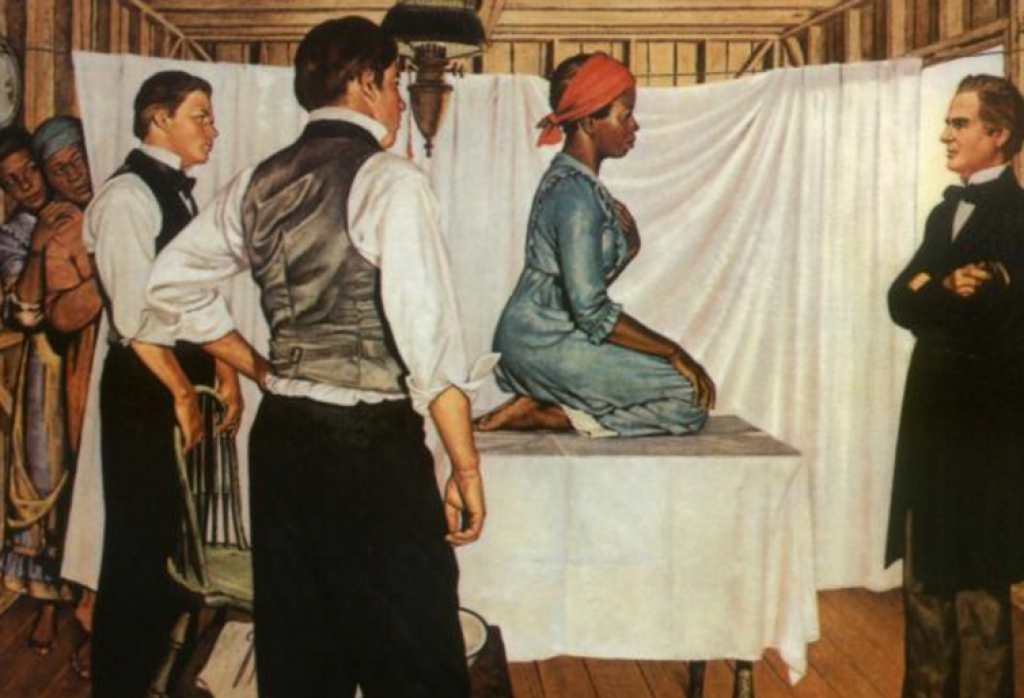 When she was just 17, a slave girl called Anarcha was “given” to an ambitious young medic, along with two other slaves named Lucy and Betsey.

They were branded “breeders” and forced to undergo torture in the form gynaecological experiments. Statues have been put up in honour of their torturer — the so-called “father of gynaecology”, Marion James Sims — yet their names have been expunged from the medical history books.

I am a midwife. In 2019 my journey in midwifery took an unexpected turn. Six years after I qualified, I stumbled across this dark and harrowing fragment of midwifery’s history. As a midwife, I treat each woman and her family with kindness, respect and compassion — as laid down by the Nursing and Midwifery Council code.

The discovery of this hidden aspect of my profession’s history was a shock. It changed my practice forever and inspired me to launch a campaign to get recognition for these women and to make sure we continue to stand up against racial bias in healthcare.

Read more: Statues of medical racist who experimented on slaves should also be taken down

I want this crucial part of obstetrics history to be part of the curriculum. The story of what these women went through must be passed down to students. Anarcha and the other women who were treated in this barbaric way deserve to be recognised.

My petition (which now over has over 8,500 signatures) is calling for a permanent sculpture or statue to honour these forgotten Black women.

The atrocities perpetrated by Sims occurred during the antebellum period in America in the mid-1850s, just before the start of Civil War. Sims was a young gynaecologist and desperately trying to make a name for himself.

No pain relief for slaves

Anarcha, Lucy and Betsey were just three of the young, Black, enslaved women who were gifted to Sims by their slave owners. They had recently given birth and suffered irreparable post-delivery trauma which meant they were unable to work to their full capacity.

Research by the American historian Deidre Cooper Owens found that these women would have been seen as “breeders” whose “primary value” lay in their ability to reproduce. The injuries these women suffered was referred to as Vesico-vaginal fistula (or VVF). This injury is often seen postnatally, following a difficult delivery and creates an abnormal connection between the bladder and the vagina, which often causes incontinence.

These injuries made the three young women perfect specimens for Sims and his experiments. He went on to use them to perfect his techniques in the most abhorrent conditions imaginable.

Sims believed that Black people did not feel pain like white people so he did not use any form of pain relief. Documentation showed how Anarcha, aged just 17, suffered up to 30 brutal operations at the hands of Sims.

Some of the gynaecological techniques and tools Sims developed are still widely recognised.

For example, the “Sims position” is recommended for pregnant women who find it comfortable for sleeping and the Sims speculum is stocked on every labour ward in every NHS hospital. But the story of how Sims perfected his techniques is still largely unknown.

I learnt of Anarcha, Lucy and Betsey’s story from Amali Lokugamage, an obstetrician, gynaecologist and lecturer in London. It was her work on decolonising the medical education system that opened my eyes and forced me to question the impact historical practices were having on the care given to women from Black and Asian backgrounds.

A report from 2018 revealed that Black women were almost five times more likely to die from pregnancy and childbirth related causes. Asian women were nearly twice as likely to die.

Meanwhile, another study found that “disparity exists in maternal and infant birth outcomes of Black, Asian and minority ethnic (BAME) women giving birth in the UK, compared to the majority”.

The Royal College of Obstetricians and Gynaecologists has acknowledged my petition and this year launched an “equality taskforce”, stating that “implicit racial bias from medical staff can hinder consultations”. The RCOG said the aim of the new taskforce was to “better understand and tackle racial disparities in women’s healthcare and racism within the obstetrics and gynaecology workforce”.

This is a great first step. But we want to create a movement within the midwifery education system to acknowledge the input of these forgotten women. I hope this will filter down into the care received by BAME women in the maternity service.

Until we can acknowledge our past and honour all of those people who have contributed to our history we will not be able to move on and create an equal healthcare system for all.