Where are the doctors’ bodies when common man suffers due to poor treatment?

Notwithstanding lack of government support, the medical associations are strangely absent whenever the needy suffers due to unethical practices, poor or costly treatment, illegal drug trials 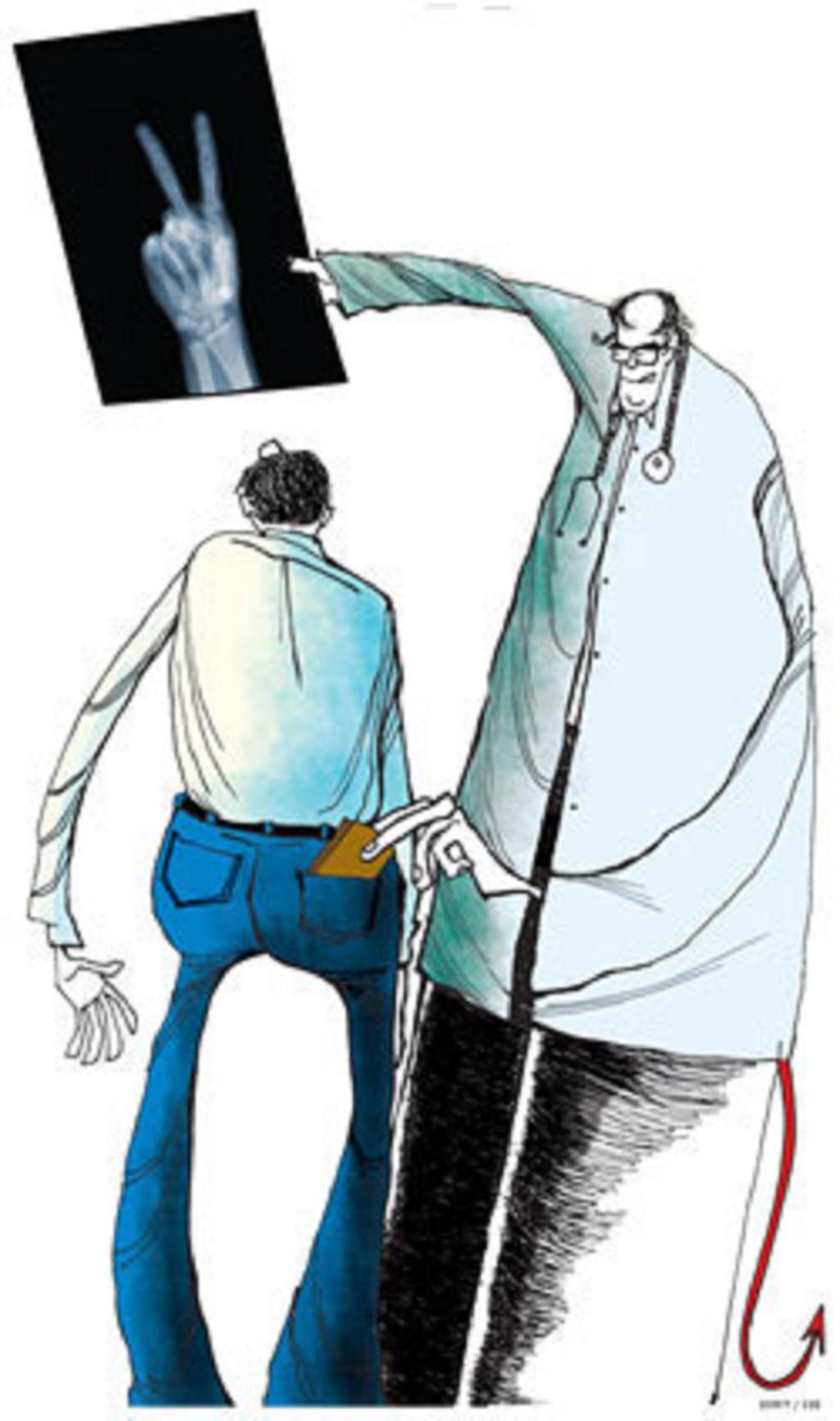 Prime Minister Narendra Modi’s allegation of a nexus between doctors and pharmaceutical companies may have spurred doctors’ associations but many, who had been raising the longstanding but unaddressed issue, breathed a sigh of relief.

The statement that Indian doctors have an alleged nexus with pharmaceutical companies was not well received by Indian doctors’ associations. Not without merit. They are right to point out that the comment maligned the entire medical fraternity in India with a broad brush.

In a public interaction in London, Modi said, "You probably know that doctors' conferences are held sometimes in Singapore, sometimes in Dubai. They don't go there because people are ill there; they go because the pharmaceutical companies need them to."

In a strong reply, the Indian Medical Association (more than 2.5 lakh members) and the Association of Medical Consultants (more than 10,000 members) have written a letter to the Prime Minister saying, “Doctors cannot be made scapegoats for a failure of successive governments to provide affordable healthcare to our populace.”

They are also right to point out the role of governments in pushing the public towards private health systems. Almost one in every four rural households in the country takes loans to pay medical bills, according to the 2015 National Sample Survey Office report. The situation in urban India is marginally better, where one in every five households borrows money to meet their medical expenses.

And yet every time there is an allegation of corruption amongst the medical fraternity or a common man suffers at the hands of poor health systems (private or public), the venerated doctors remain silent.

In a confessional interview with Down To Earth in 2014, Samiran Nundy, chairperson, surgical gastroenterology, Sir Ganga Ram Hospital, New Delhi said that, “Governing bodies and medical councils are not strong enough to prevent corruption and that ‘many doctors today are simply businessmen.”

The letter also says that there is more corruption outside the medical fraternity than within. However, corruption in medical education prevails because there is no regulation, monitoring and punishment for people indulging in malpractices. A criminal nexus runs deep in India’s medical and technical education system, involving politicians and bureaucrats to officers in educational institutions, showed a Down to Earth cover story.

Where were the medical associations when 28 villagers from Rajasthan were duped into part of being an illegal drug trial?

Where were these bodies when the National Pharmaceutical Pricing Authority (NPPA) reported that doctors from private hospitals intentionally prescribed costlier non-scheduled drugs even though cheaper scheduled drug varieties were available?

On April 20, the NPPA released an investigative report on complaints against four corporate hospitals. Of the Rs 69.35 lakh charged by the four complainants, Rs 17.78 lakh (25.67 per cent) were for non-scheduled formulations and just Rs 3 lakh (4.1 per cent) were on scheduled formulations. Scheduled drugs refer to a list of drugs prepared by the government and their prices are controlled. Even the share of consumables, such as needles was more than double (Rs 6.63 lakh) than scheduled drugs.

The report also claims that most hospitals have opened pharmacies inside their premises to force manufacturers to increase the Maximum Retail Price for profits. “This is a clear case of market distortion where manufacturers after accounting for their profits print inflated MRPs to meet the demands of a distorted trade channel … ultimate looser is patient because they are not allowed to buy drugs from outside or go by the physician’s branded prescription,” says the report.

Although the doctors’ associations admitted that there are few black sheep within the medical fraternity, they have been by and large free to engage in malpractices. In fact, they opposed the Clinical Establishment Act meant to streamline healthcare services across the country and to ensure private hospitals do not engage in unethical practices.

In November 2017, as the Haryana government was getting ready to enforce the act, which it had adopted three years ago, it faced a massive opposition from the state chapter of the Indian Medical Association (IMA). On December 15, outpatient services were suspended at all private hospitals in the state. Succumbing to pressure, the government has announced that hospitals that have under 50 beds will be exempted from the purview of the Act.

As of now, CEA has been adopted in 14 states and Union Territories, including Assam, Jharkhand, Arunachal Pradesh, Rajasthan, Uttar Pradesh, Bihar, Uttarakhand and Sikkim. But no one has enforced it yet.