Solar energy could be the silver bullet

Over the past several months, the power situation in the country has reached dire straits. Media reports that blackouts lasting 10 hours a day are forcing small-scale industries to either shut down or operate partially; textile mills in Tamil Nadu and the manufacturing sector in Andhra Pradesh are examples. Operating heavy machineries for long hours on diesel is prohibitively expensive apart from being highly polluting. Alongside are reports that at least six natural gas-based power plants are idling in Andhra Pradesh due to shortage of gas. Elsewhere in the country, the hours of operation of several coal-based power plants have fallen drastically due to short supply of fuel. This is a new crisis level for India’s already battered power sector. 2012, the year by which the 400 million who are burning kerosene for lighting were to get at least 1 kWh of electricity a day to meet their basic needs, has gone by. This was under the landmark programme, Rajiv Gandhi Grameen Vidyutikaran Yojana (RGGVY), of the power ministry. The grid has been extended without electricity reliably flowing through it and the folks are out of the government’s radar for now.

A look at coal-based power generation can tell part of the story and why things have gone wrong. Fifty-seven per cent of the total installed capacity (120 out of the total 211 giga Watts or GW) in the power sector is by coal-based plants which contribute over 70 per cent of the net electricity generated. To reduce the emissions from coal generation, many of the new plants are based on super-critical technology that emits 15 per cent less carbon dioxide and consumes less coal per unit of electricity generated. This is, of course, assuming a certain “reasonable” quality (or calorific value) of the input coal. In fact, the first units of these ultra-mega power plants (4 GW) were commissioned not too long ago in the western part of the country. It turned out that these could not operate profitably and it is unclear if they have started operating. In one case, the developer won the bid to sell electricity to the Gujarat government at Rs 2.26 per unit of electricity (for comparison—in 2009-10, the average realised cost of power was Rs 2.68 per unit), while the actual cost of imported coal they were dependent on went up making the plant’s operation unprofitable. It is unclear why the low-ball bid did not raise any alarm. 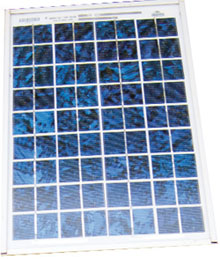 Since then the international coal prices have ticked up and now down. Recently, the Central Electricity Regulatory Commission (CERC) stuck a deal with one of the developers to compensate for the losses incurred as the coal prices went up. I hope the volatility of international fuel prices are taken into account while evaluating long term power purchase agreements (PPAs). Bigger mess looms in the coal arena as several of the National Thermal Power Corporation (NTPC) and Coal India Limited are battling over the quality of coal. Coal India Limited is threatening to cut coal supply as NTPC refuses to pay for sub-par quality.

In this backdrop comes the government’s policy to blend domestic and imported coal to arrive at a pooled price of the fuel based on its efficiency or gross calorific value. While working out these pricing policies the interests of the coal-producing states such as Jharkhand are hopefully weighed in.

Next is the case of natural gas. Here, policy on pricing and licensing have led to a sudden dwindling of the promised large reservoirs in the Krishna-Godavari delta. Given that emissions from natural gas-based power plants are half as those from coal, getting policies right would greatly benefit the environment. Discussions are progressing on coal and gas pricing and lets hope sound policy decisions are taken that ensure the interest of resources, environment and citizens.

The policies with conventional fuel supplies have not been ironed out and the government has often been forced to take U-turns. The strengthening and modernising of the existing grid and assured fuel supply to the existing power plants have to be given the highest priority before new licences are issued. When policies to issue licences to explore natural gas are being questioned, is this the right time to discuss exploration of shale gas, environmental impact of which is unclear?

After thermal-based generation (coal, gas and small amount of diesel) come large hydro-electric plants which constitute 19 per cent of the installed capacity and 12 per cent of the total electricity produced. Large-scale hydro projects are by now known to be environmentally unsound. However, in the months preceding monsoon the reservoirs are low and hydro-electricity may not be able rise up to meet the demand during the difficult summer months. Nuclear power constitutes 4.7 GW in India (a mere two per cent of total capacity). The Kudankulam plant in Tamil Nadu that is making headlines everyday has two units of 1GW each, with the first one to be commissioned soon. The concerns with nuclear technology are safe disposal of the spent fuel and capital cost; today the costs of renewable energy are perhaps in the same ballpark as nuclear. In addition, loss of livelihood and displacement of people are serious concerns, particularly given the government’s poor past records. Considering all this, nuclear is unlikely to play a major role in India’s energy portfolio anytime soon. 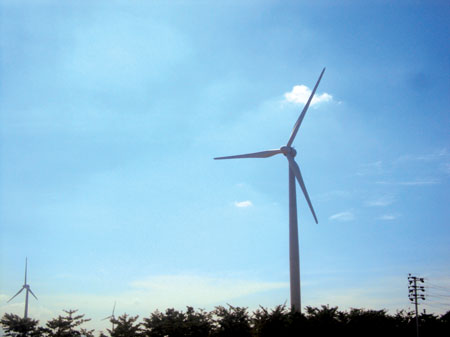 In this bleak scenario, perhaps the budget 2013 holds a small promise for the renewable generation and hence for the power sector. The budget has two salient features: generation-based tariff for wind generation (Rs 800 crore allocated) and the much-needed, low-interest loans to generate electricity from renewable energy from the national clean energy funds. However, it is unclear how much money will be allocated to this. This is positive news for the renewable energy sector, particularly because banks have been reluctant to lend to developers. The negative balance sheets of the state utilities have hampered payment for the power generated from renewable energy sources.

In addition, the recent plunge in solar panel prices due to increased supply of Chinese panels in the market has significantly reduced the cost of electricity generation from the sun. While India enjoys abundant solar energy, new studies have demonstrated that plenty more of wind potential can be harnessed at a higher hub height than thought before. Today the country has a little over 1GW of solar and 18GW of wind capacity, and there is tremendous room to expand these numbers.

Solar technology, that can be sized to light a small 1W LED bulb (a perfect substitute for a kerosene lantern) as well as to mega Watt utility scale, might be the silver bullet for India’s power sector. The infrastructure is easy to put up and it is noise- and emissions-free. The price is right, the technology is there and several business models have emerged along with entire eco-systems to support the successful deployment of solar to light up villages; hundreds of villages have benefited from this. When reliable grid does arrive to these communities, the solar lighting can supplement or provide backup power. However, given that solar and wind plants can only generate electricity around 20 per cent of the day, these resources can only be part of the portfolio. Nevertheless, they can make up a significantly higher percentage of the total share.

Looking at the actual capacity addition, during the five-year plan 2007-12 India added 55GW in generation capacity, more than twice the capacity added in the previous five-year plan. During the current fiscal year 2012-13, India has already installed a record 16GW. This is good news. Of course, these could pale in comparison to China, whose weekly accomplishments are close to India’s annual numbers.

There has been early warning on the irregularities with the bidding process of solar plants. These have to be looked into and fixed quickly. All said, for an unhampered growth, India needs to ensure good governance, overcome delivery challenges and come forth with effective policy measures that do not stifle growth and innovation.