Killing is no answer

Here are 18 steps to deal with monkeys that enter human habitation areas. They do not involve killing them 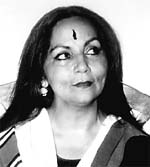 THERE are two reasons that killing the monkeys is not the answer to the problems of commensal monkeys (commensalism is the association between two species whereby one benefits while the other is neither harmed nor benefited). Monkeys are part of our cultural heritage and an important link of our ecosystem. There are over 500,000 Rhesus monkeys, same number of Bonnett monkeys and about 300,000 Hanuman langurs - three of the commensal species of the total 18 species of non-human primates of India. And over 50 per cent of these are commensal today. The government has no policy or plans to manage them.

Monkeys move towards the cities or human habitation areas because we are destroying their forest habitat. Moreover, monkeys are being trapped from the forests in a haphazard, non-scientific method for biomedical research, which leads to fission of their groups. More groups means need for a bigger home range, which is invariably human habitation areas. Thus, if monkeys are becoming commensal the fault lies with humans. To rectify that monkeys must be translocated back to those forest patches which were providing them food, water and shelter. No forest monkeys must be trapped for biomedical research.