'The mining lobby tried to suppress our voice' 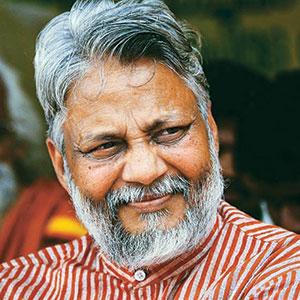 Our movement against illegal mining started in the 1980s. Our non-profit Tarun Bharat Sangh vigorously took up water conservation works, like pond constructions and river rejuvenation, in different villages of Alwar district of Rajasthan.

There was an incident which changed the course of our movement. In Tilwari village in Sariska Tiger Reserve, we constructed two ponds and tried to revive a few old wells. But to our surprise, water would not seep up through the ground and the ponds and wells ran dry. On the other hand, the mining pits in the village were always flooded and miners had to pump the water out before conducting mining operations every day. It then dawned on us that the hydrology of the area was moving the water to the mining area.

We took out a march against mining in the village and wrote a number of letters and memoranda to district collectors, ministers and the chief minister. The mining lobby tried to suppress our voice. In collusion with local police, they charged us with false cases. In such a hopeless situation, in 1991 Tarun Bharat Sangh filed a petition in the Supreme Court demanding a ban on 262 illegal mining sites in Sariska Tiger Reserve. For the first time, the court banned mining in the Aravallis.

On October 2, 1993 our organisation undertook Aravalli Bachao padyatra from Himmat Nagar in Gujarat to Delhi, covering more than 800 km in four months. But we also realised that since a lot of miners had lost jobs due to closure of quarries, there was a lot of animosity among village residents against us. We, therefore, organised a paryavarn yagya for 40 days in Alwar to make people aware of the importance of the Aravallis. It triggered a behavioural change. Worker who had lost jobs and even owners of the mines, joined the yagya.