'We should identify mineral-rich sites and allow monitored mining' 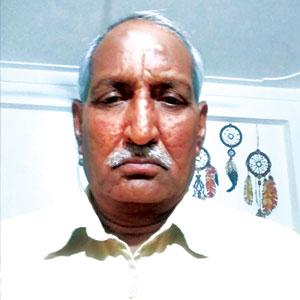 When we talk about the Aravallis, the major issue is how do we define the mountains. Today, different interest groups — from miners, government, activists to geologists — have their own definitions. No state has come out with a suitable definition because different people want it to mean different things. So, defining Aravallis is important if we want to assess the environmental impact of all the ongoing activities.

It's not only those hills that are visible can be called mountains. They are also underground and it's the same range which starts from Delhi and goes up to Mount Abu. The surface where some of the mining and quarrying activities happen is also a part of the mountains.

So, people encroach and go for illegal mining. Even when permission is given, there is no scientific mining in Rajasthan. This has disturbed the hydrological cycles in the state that already has a serious water-shortage problem.

For example, copper is abundantly available in Khetri town so there should not be any need to go to any other part of Aravallis to mine it. Traces of many minerals have been found in different places, but we should allow quarrying only where concentrated minerals are available.

The Union and the state governments concerned should form a committee and talk to the mine owners and other interested parties to work out a plan wherein mining zones are identified clearly and no activity should be permissible in other areas.