NDA v UPA? What about a democratic and progressive alliance for environment?

The NDA government has not dismantled the environmental governance structure. But it has also not taken measures to strengthen governance

The NDA government has not dismantled the environmental governance structure. But it has also not taken measures to strengthen governance 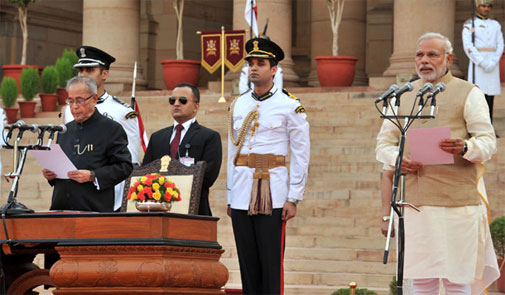 A year ago, when the Bharatiya Janata Party (BJP) led National Democratic Alliance (NDA) government came into power there was an unbridled optimism in the industry about “streamlining” of green clearances. Even before the government took office, the industry associations had their wish list ready.

It was widely reported in the media that in August 2014, the Confederation of Indian Industry submitted a 60-point action list to the prime minister’s office so that the process of environment, forest and wildlife clearances could be “streamlined”. By the end of August, the ministry of environment, forests and climate change (MoEF&CC), had set up a High Level Committee (HLC) to review and suggest amendments to six key environment and forest legislations; the committee was given just three months to come forward with its recommendations.

For people like us, working in the field of environmental protection, these were ominous signs. Some of us predicted dismantling of the environmental governance. Others were worried about increased pace of project clearance in forests. Coming after the corporate cacophony of how environment was holding up growth, it was feared that the floodgates would open; environmental safeguards would be the first to go.

So one year down the line, how many of our worst predictions have come true?

In the case of Ganga, government has made a hugely enhanced provision for cleaning, but it has no idea how it will make this money work. In fact, its idea for river cleaning is regressive—it refused to accept the need for ecological flow or to plan for sewage treatment differently in cities that are poor in sanitation facilities and capacity. Instead, what it has proposed is that it will pay 100 per cent of the cost and maintenance for 10 years to anyone who will come and set up sewage treatment plants. This is clearly money down the drain.

So, in conclusion, it has not dismantled the environmental governance structure or opened the floodgates of clearances, our worst fear. But it has also not strengthened governance or got its act together to improve air quality or clean rivers that is today destroying our health and our environment.

We cannot say this government came to power without a plan. Its plan was to work towards cleaning cities and rivers and “facilitate” green clearances to remove impediment to growth and development. Very early, it launched Clean India Mission and also moved to what could have “dismantled” green regulations.

So, the government tried, but could not make big headway in relaxing the green clearances.

In the last one year, the government has found that making big and quick changes in the environmental laws and regulations, if it is viewed as anti-environment, is not easy in the complex and contested socio-political milieu of India.

It has also found that there is scope to improve environmental governance if it can take on board key stakeholders, as it did during the meeting of state environment ministers recently. I believe that the government should internalise this lesson.

There is a large scope for strengthening the environmental and forest governance that will not only protect the environment but also help reduce bureaucratic paperwork, the main cause for delay in green clearances. Similarly, there is a huge scope to strengthen institutions and involve public in environmental governance that will not only improve enforcement of the pollution norms but will also reduce inefficient processes and corruption. In these reforms, there are no conflicts between environment and development. Pursuing this agenda should be the goal of the government in the coming years.

This will make it not just NDA v UPA, but a truly democratic and progressive alliance for environment.