Need to save Goa's lifelines 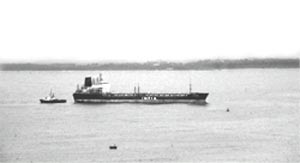 goa' s rivers criss-crossing the picturesque state lie neglected and almost forgotten today. And campaigners working to highlight the importance of the local riverine network say it's high time that these rivers are given a fresh lease of life. There are nine rivers in Goa namely Terekhol, Chapora, Baga, Mhadei, Zuari, Sal, Saleri, Talpona and Galjibaga. "Goa's water security depends on these lifelines. They are the state's economic veins," says researcher Nandkumar Kamat of the Goa University.

People here have left these rivers uncared for long. However, the riverine network is getting back its lost importance, thanks to a controversy created by plans put forward by neighbouring Karnataka to build a series of dams -- up to seven -- on the Mhadei river, flowing through north Goa.

The Mhadei river, locally known as Mandovi, passes through the state capital Panaji. It sees dozens of iron-ore carrying barges plying down its course daily, shipping the ore to destinations abroad via nearby Mormugao port. River cruises for tourists also ply on the Mhadei every evening.

Concern for Goa's rivers has also been voiced in a journal called 'Mahadayi' published by Rajendra Kerkar, the general secretary of the Mahadayi (Mhadei) Bachao Abhiyan based in Keri-Sattari. Some three years back, a body called the Goa River Conservation Network ( goricon ) was formed to "conserve and protect the unique ecological and cultural heritage of Goa's nine river basins" and economic activities based on them.

Interestingly, Kamat has located the narrow and almost-forgotten Anjuna river with the help of satellite imagery and locals' assistance. The river was found to be hidden by vegetation. Similarly, the Harmal and Mandrem rivers in the state's northernmost Pernem taluka are difficult to locate. The Saleri river in Canacona taluka , in south Goa, does not even find mention in maps and books, Kamat points out.

Yet, its three tributaries -- Padi, Agonda and Molore -- carve out an outstanding landscape. Two branches of the southernmost Galjibaga river, Mashem and Loliem, were much deeper and wider and carried inland commerce once. Satellite pictures taken over two years ago show that the ancient Sal river, around Salcete, is almost dead or dying due to siltation and encroachments between Verna and Margao, according to Kamat.

In North Goa, the Baga river is getting "completely privatised". It follows a 10-km U-shaped course from the watershed of the Arpora hills. But its tributary rivulets lie choked up at Arpora and Caisua. It meanders through an area where tourism is thriving. Private resorts are setting up boating and cruising facilities on the Baga river, fencing up patches in violation of the law. Tourism overload in this region and road works could spell doom for the Baga river, as its natural drainage is getting destroyed, Kamat notes.

S C Sardeshpande of Belgaum, a local environmental campaigner, is critical of Karnataka's plans to "divert water from one river to another". This, he says, is not the answer. Instead, regenerating degraded forests and increasing the forest cover are the long-term solutions. "Mhadei is Goa's lifeline as a waterway for its estuary produce, and growing paddy and prawn cultivation in its wetlands," he remarks. He says that a state like Goa "can hardly feel comfortable" with an arrangement where Karnataka "retains and controls" all the dams, and diverts portions of the Mhadei waters.

Chief Minister Manohar Parrikar of the bjp has also protested "any dam project that comes up against the rights of Goans". Nirmala Sawant, a local Congress legislator, has also launched Mahadayi (Mandovi) Bachao Abhiyan.

Kamat stresses that Goa should not "politicise the (Mhadei) issue". He feels, "Goa has rich water resources, but no water conservation policy. Proper utilisation of surface and groundwater resources can make it last for generations. The Mhadei river water diversion controversy is an opportunity for the Goa government and the people to debate the status and future of freshwater resources in Goa and take timely action for their sustainable utilisation."

Frederick Noronha is a freelance journalist based in Goa