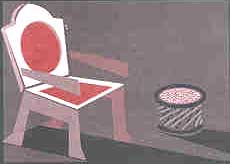 The Act confers considerable powers to the panchayats at different levels, including powers to prepare and implement plans for economic development and social justice; implementation of schemes entrusted to them by the state and the Centre, and exercise of powers as delegated in subjects listed in the 11th Schedule. The 11th Schedule includes subjects like maintenance of community assets, forestry, fuel and fodder, fisheries, animal husbandry, water management, watershed development, drinking water, agriculture, agriculture extension, land improvement, soil conservation, food processing industries, distribution of electricity, non -conventional energy sources, health and sanitation, and so on. The panchayat system, thus, may play a crucial role in pursuing goals of sustainable development. In spite of ostentatious claims of decentralisation, the panchayati raj (PR) institutions play very limited roles in planning and determining economic development. It has to work within the context of centralised planning. Estimates show that currently, only about 40 per cent of the plan funds of the Centre and the states can be characterised as district schemes. Only between six to 14 per cent by, different estimates, are at the discretion of the PR institutions. This is then divided between the three- tiers, the lions share remaining with the district-level body.

The major tasks of the PRs, therefore, will be implementation of the projects conceived at the central and state levels. There have been past cases (in Kerala in 1979, for example), where politicians further empowered the state government to cancel any resolution, decisions or actions by a district body if in their opinion those were in excess or abuse of the powers conferred to these local bodies. Indeed, even a private company's proposal for setting up a highly polluting major industry cannot be contested by the PRs because, the matter is not within their powers.

And within their limited spheres of decisionmaking, PRs face severe problems. Although the items in the 11th Schedule have been more or less duplicated in the state Acts, the exact powers of the PRs in regulating their uses are still unclear. In fact, whether the panchayats will be able to change the existing arrangement if they find current practices unsustainable, remains undefined.

Local level officials think that the existing regulations should not be endorsed by the PRs. The higher ups often opine that the PRs have overriding powers with respect to the 11th Schedule subjects. The proposed Forest Act, drafted after the 73rd Amendment was passed, coolly empowers the Forest Department to lease out the community land to commercial companies.

At times, all villagers, or all taluka residents may not use a particular resource and all may not be equally interested in its sustainable use. Participatory development models like special projects for women in fisheries, usually relied on small groups of actual users for encouraging sustainable use. Now these groups will be subsumed to the broader PR bodies. Quite possibly, the latter may appropriate a good share of the benefits, leaving the actual workers with a pittance and inadequate incentives.

The local people usually rely more on qualitative information rather than the technocratic mode, which is largely reductionist. Involvement of the latter is likely to stimulate systemic thinking, a congenial climate for sustainable development efforts.

Now, new or modified institutions have just emerged, which, alongwith administrators,. extension agents and legal experts, are differently interpreting each new Act clause by clause. Opposing interpretations will be contested in different contexts, and time will tell the real extent of functions and powers of the panchayats. Today, local interests find a much better climate for bargaining. In the final analysis, however, the feasibility of any Act lies in the equation between the power structure and the power struggle.