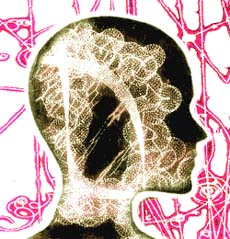 gone are the days when scientists used to experiment on animals. Now human beings are the guinea pigs. Led by the Canada-based Rural Advancement Foundation International, a controversial Human Genome Diversity Project ( hgdp ) is now being undertaken by the Centre for Cellular and Molecular Biology ( ccmb ), Hyderabad. They will be decoding the genome of four primitive tribal communities -- Jarawa, Onge, Sentenelese and Great Andamanese -- living in the Andaman and Nicobar Islands. But who will benefit from the project is yet unknown. What is surprising is the fact that the project which found very little favour in developed countries such as the us is now standing ground in India.

Very little is known about the Jarawa and Sentenelese, who inhabit the dense rainforests. They do not wear clothes and continue to use flint stones. There are speculations that Jarawa are the closest relatives of the Pygmies of central Africa. Jarawas and Sentenelese are characterised with exceptional immunity to diseases and resistance to harsh environs. The proponents of hgdp believe that this characteristic could be applied for inventing life-saving drugs. The first impact of this misadventure could be claiming for a patent on cell lines. Thus, there are apprehensions galore.

hgdp was first conceived in the us in 1991 by biomedical scientists and anthropologists to 'map' the genetic diversity across the broad spectrum of humanity. It proposed to collect tissue samples of 700 distinct communities worldwide. Controversy erupted when the us secretary of commerce claimed a patent on the 'cell line' from a 26-year-old Guaymi from Panama. If granted, the us government would have exclusive rights to decide who would use the cell line and at what cost. The us dropped the Guaymi claim, but soon after there were new claims on two different cell lines from the Hagahai people of Papua New Guinea and the Solomon Islanders. This sparked off further protests.

Thus, ccmb 's claim should also not be considered sacrosanct. Will hundreds of human cheek scrapings, blood and hair samples that will be collected from the tribal people end up as mere 'patent claim' for companies with vested interests? Should such claims be used to churn out large profits for big drug companies? Will the understudy have any say on the experiments? To date, there is no national or international law that can assure that it will not be used by big corporates ultimately. What about the ethical question on 'private ownership of human life', the meaning of 'poor informed consent', and the fast-growing business of pharmaceutical companies bioprospecting for commercial purposes?

When the British first set up a colony on the Andamans in 1857, there were more than 5,000 Great Andamanese. Relocated by the British, unlike the Jarwas and Sentenelese, the swiftly succumbed to diseases such as measles and influenza. Down to 28, they have been moved to an island reserve in what is called 'breeding centre' and are left at the mercy of the local authorities for food and shelter. The Onge community's fate is no different. Numbering a mere 97, they work as bonded workers on a plantation in return for food. Unlike, Onge and Great Andamanese, Jarawa and Sentenelese have survived relocation so far. The Sentenelese live on their own island, North Sentinel, and are thought to number anywhere between 50 and 200. The Jarawas, some 250 of them, inhabit the west coasts of south and central Andaman, in two large islands.

The government, ccmb or scientists may argue that they have the intention to preserve the cell lines of the endangered tribal people. If they are to be wiped out completely, the cell lines could be used to produce clones! But, in my opinion, hgdp proponents care very little about whether the tribal people live or die. They are certainly not bothered about addressing social, economical and political issues that is actually driving them to extinction. So far, ccmb has not even talked about how the project is going to change their endangered status.

ccmb 's and the government's move is synonymous to the replication of the hgdp which was shot down in the us and Europe. The Indian government and scientists are perhaps not bold enough to publicly disclose that their project is the extension of hgdp . But at any cost, such lethal and unethical research should not be allowed to continue.

The author is a researcher and an independent consultant