Chief Minister Mamata Banerjee would do anything to check a price rise, even if that makes potatoes vanish or takes buses off the road

Chief Minister Mamata Banerjee would do anything to check a price rise, even if that makes potatoes vanish or takes buses off the road 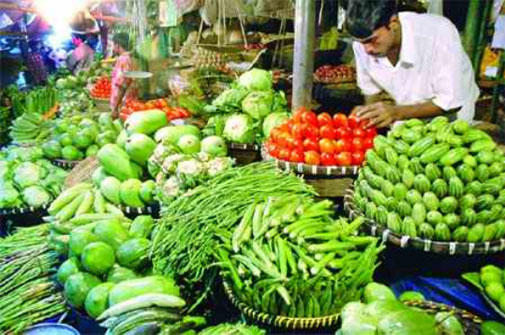 This kind of love for potato is not seen anywhere else in India. The tuber enjoys a pride of place for the discerning Bengali palate. Bengalis love their potatoes with chicken, mutton and fish; potatoes are a norm in Biryani—a packet of special biryani comes with not one but two chunky pieces. Besides being used for making the popular alu bhaja (finger chips) and alur chop (cutlet), potatoes are the mainstay of the poor household’s diet. But for the past few days, potatoes have disappeared from the markets, kicking up a storm in Bengal.

Popular joints like Alibaba, known for lip-smacking Biryani, have put up notices to make things clearer to the customer: “because of scarcity of potato we will sell biryani without potato from 6/11/2013 onwards till markets become normal.”

When potato prices soared in the past few weeks from Rs 14 a kg to Rs 18, the populist chief minister of Bengal, Mamata Banerjee, issued a diktat, limiting retail rates to Rs 13/kg. She also put an embargo on potato exports outside Bengal, to states like Odisha and Jharkhand, to maintain supply in the domestic market. Several retailers and traders selling potatoes at over Rs 13 a kg were arrested. On Thursday, 12 truckloads of potatoes going outside Bengal were seized by the enforcement branch.

After a quick survey of Kolkata markets last Wednesday, Mamata Banerjee took charge of the state ministry of agricultural marketing, the seventh ministry she would handle, shunting out the minister in charge, Arup Roy, for the time being. “Some wholesalers have created this artificial scarcity. They agreed to sell potatoes for Rs 11 in the wholesale market, but later betrayed our trust. We will recover the extra money traders earned from consumers,” she warned. Banerjee turned down requests from the Odisha chief minister Naveen Patnaik, and Assam chief minister Tarun Gogoi for allowing exports to continue, saying consumers in Bengal will have the first priority.

The price limit and its strict enforcement led to the expected. Traders, citing higher costs of procurement, stopped supplying to the wholesale market. Retailers, apprehensive of punitive action, stopped stocking potatoes. The tuber, much to the chagrin of Bengalis, vanished from the market.

Bengal produces nearly 9 million tonnes of potatoes every year against a demand between 4.8 to 5.5 million tonnes. Another 800,000 to one million tonnes are preserved as seed for the next year’s crop. The rest is usually exported to Jharkhand, Odisha and the Northeast. There is an estimated stock of over 1.5 million tonnes lying in the state’s cold storages now, enough to meet the demand till December when the new crop arrives. Why then the disappearing act?

Traders say that potato crops have suffered in neighbouring states because of untimely rains. The spike in demand from outside Bengal led to a marginal rise in prices in the domestic market. The state government deliberately ignored market realities and imposed a price limit. Given the stock situation, the rise in prices would have normalised soon, especially since old stocks have to be cleared to make space for new harvest at cold storages.

The irony of the situation came out starkly in a report by the Bengali news channel, 24 Ghanta, showing potato stocks rotting in Singur in Hoogly district, a major potato growing area, even as consumers stood in long queues to buy the limited supplies arranged by the state government.

The situation is similar to the Banerjee’s refusal to hike bus fares. Owners have kept buses off the road, citing losses because of rising fuel prices. At least half of the 8,000-odd private buses in Kolkata are not plying. The ordinary commuter is bearing the brunt. It is now common for the Bengali bhadralok to hang precariously from the footboard or to enjoy the rain inside buses with leaking roofs—owners say they have no money to repair.

When the Kolkata metro railway decided to hike fares after a gap of 13 years, it was not the common man but Trinamool Congress activists and former Union railway minister Mukul Roy who took to the streets to protest. As a commuter, I pray that the metro adds more trains with its increased earnings. This will allow commuters to breathe and not feel like being inside Nazi holocaust trains!