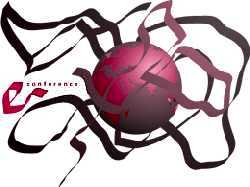 liberal market economies invest heavily on techniques that influence people's minds and hearts, on strategies to persuade young people to take up smoking to ruin their health or get people to drink whisky or buy cars or fridges. But the more difficult task is finding ways and means to persuade people, companies and governments to desist from making quick money by plundering the environment and risking their children's future.

This article takes a brief look at one particular move that has changed the way people function, an innovation deployed with success. I know Down To Earth does not indulge in 'how to do it' journalism. But the need to encourage and publicise better mechanisms of changing hearts and minds is great, as important as defining the new policies themselves. And it is very rare that a new mechanism turns out to be cheap and widely applicable. Thus, the technique tried out by a non-governmental organisation ( ngo ), the Mountain Forum - the electronic conference - is worth recounting in detail.

The technique is also important because the acceleration of environmental degradation demands ways that would speed up environmental defence. To set the context, one must recall how policy changes occur conventionally. It has to be admitted that the best policy-changing factors have been disasters like Bhopal and Chernobyl, the work of journalists like Rachel Carson and tv communicators like Cousteau and Attenborough, publicised martyrs like Chico Mendes and the increasing numbers of scientists prepared to speak out and risk their grants. However, the infantry of citizen advocates and campaigners are also a real power to reckon with.

Big intergovernmental conferences like the un Environment Conference at Stockholm in 1972 and the Rio conference in 1992 have made environment and development respectable concerns. But if you take a magnifying glass and look at the day-to-day chemistry of policy evolution and conference preparation, you always find some kind of written paper, variously called a learned paper, position paper, discussion or research paper, or sometimes even a conference-room paper - if some particularly robust or brilliant testi-mony has been given. It may well be that conversations at a conference may change minds but somewhere along the way, they are set out on a piece of paper.

The classic way of producing such a paper might need regional meetings or workshops convoked to a common agenda, preceded by a call for papers. This is followed by the compilation of material from around the world and the consolidated editing of all this for publication in a learned journal. The cycle time from idea to publication is 18 months to two years minimum, with all the misery of air fares, visas, hotel bookings, vaccinations and participants quarrelling in public. Alternatively, a researcher or writer could be funded for a round-the-world trip to meet the right people, followed by a conventional publication without peer review. The cycle time in this case is 12-18 months. And both these cost hundreds of thousands of dollars.

A new publication, drawing on original material from the higher elevations of five continents was just brought out by the Mountain Forum. And the entire process, from idea to published text, took four months. For doing so, nobody took a plane, lost their baggage, hated the hotel or returned to a backlog of work. It was all done electronically and the costs were a tenth of the conventional.

After Rio it became clear that although mountains were on the world's agenda, they would continue to be an ngo responsibility. But what could ngo s do apart from what they were already doing in their own small ways? Inevitably a global meeting was mooted, where for the first time ever, mountain ngo s were to meet each other. The "Global ngo Consultation on the Mountain Agenda" took place in Lima in 1995.

There was broad agreement on what was going wrong but much more thinking and debate was going to be required to define what could be done and how. An organisation called 'Mountain Forum', a so-called network of networks was created. And among other things it was agreed upon that improved communication is a basic, essential tool in the effort to conserve the world's mountain heritage. With the encouragement of the Swiss government, a three-part information network was floated. The three parts proposed were an electronic conference facility, an "active mountain archive" (a sort of electronically-accessible arsenal of basic texts for campaigning and scholarly activity), and an electronic magazine as a shop window.

A communications clinic at Lima let people try out electronic communications away from the condescending gaze of their computer literate juniors. So when the first blandishments came from the 'international server node' (of the World Mountain Information Network) operated by the Mountain Institute in West Virginia, usa , on behalf of the members of the Mountain Forum, they knew that electronic conferences were in the air or in cyberspace, and they were more or less willing to participate. The subject was entitled "Investing in Mountains: Innovative Mechanisms and Promising Examples for Financing Conservation and Sustainable Development".

During the conference, over 60 individuals from Asia, Africa, the Americas, Europe and the Pacific sent in their own papers and read everyone else's contributions. A moderator persuaded, cajoled and prodded throughout the six weeks that it lasted. Occasionally revisions were suggested. Summaries were posted to all at the end of every week. Then the assembled texts were arranged and edited into a paper publication in conventional style and were also made available for downloading from the world wide web site http://www.mountainforum.org.

One more paragraph on how to do it. The Mountain Institute did not have a handbook although one would have been very useful they say. They are thinking of putting together a moderator's manual for use by Mountain Forum's regional nodes and members. Technical experience is only necessary in the sense that the moderator should be computer-literate and the tech-nical skills can be learned in a week or two. They used majordomo, a simple proprietary software.

A second conference has just been completed and this time it was on "Mountain Policy and Laws". The agenda gives an idea of the direction mountain ngo s are taking; that is which laws treat mountains as a specific theme? And the kind of laws needed and whether local traditions can function effectively within the modern legal system. A 60-page-study of these themes will cost less than us $20,000 and will be a solid base for policy development. True, the mountains are a special case where ngo s are dispersed and fragmented and are little aware of what is going on beyond the watershed, let alone the national frontier. But as someone said with laborious earnestness at Lima, "Communication among people with the same aims banishes the isolation which saps the will to act. It encourages people to share experiences and so quickens the pace of development and increases confidence in action. It transforms a scattered community of interests into a coherent body of purpose."