The market is flooded with brain boosters, even though there is little evidence to show for it 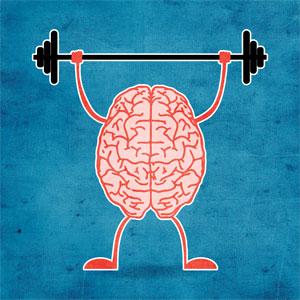 In the last few years, we have seen a few IT barons betting their millions on ideas considered quixotic by mainstream scientists. First, there was the flush of Silicon Valley billionaires, Oracle’s Larry Ellison and Google’s Larry Page, to name a couple, underwriting the age-old quest for the fountain of youth. Then last year, Russian tycoon, Yuri Milner, revived the flagging search for aliens with a fresh fat lease of $100 million. And now an American entrepreneur, Bryan Johnson, has invested $100 million into technologies that can make us brainier.

Johnson hired some of the best brains in the business to make us smarter. For instance, Theodore Berger, a neuroscientist who studies epilepsy at the University of Southern California, Los Angeles, is trying to invent devices that can prop up sagging memories in patients suffering from disorders such as Alzheimer’s or trauma. Later, he plans to apply the same trick on healthy individuals. Johnson is swayed by the idea that once science unravels the basic workings of the human brain, we might be able to invent devices that can mimic, and thereby, enhance faculties like memory and intelligence. He told New Scientist “that human intelligence will be one of the largest industries, if not the largest industry, to ever emerge”.

Many scientists, however, remain skeptical. Johnson is not the first adventurer in the controversial quest for making humans more intelligent. The field is littered with the corpses of failed scientific theories and experiments. Nonetheless, mavericks continue to try out new ideas. Today, anyone interested in spiking their IQ can check out a slew of new fangled therapies: dietary supplements like Brain TonIQ that claim to push the limits of cognition, or video games websites like Lumosity that promise to amp up your brain power, and headsets like Foc.us that seduce intelligence by dunking the wearer’s head in a sea of gentle electrical ripples. In fact, being smart is so prized that people are willing to try anything, even though there is little evidence to show for it.

Regardless of whether these gimmicks enhance intelligence or not, the question we must ask is: what does it mean to “get smarter”? Anything anyone might do to the body or the brain—pump iron, practice yoga, eat superfoods, solve brainteasers or have sex as often as possible—has an effect, imagined or real. The trouble is that while doing something more frequently may sharpen a particular skill, such as solving a cryptic crossword, it is not fungible. In other words, it doesn’t make you better in other pursuits such as fencing or dumb charades.

So when scientists talk of boosting intelligence, what they mean is “fluid intelligence”, a far more sophisticated general acumen that enables its owner to solve complex problems using a mix of memory and knowledge. However, the most common measure of this kind of intelligence is the IQ test, which in itself, is controversial for its inherent racial and cultural biases.

So can we enhance fluid intelligence? Curiously, so far only one study, carried out by a Swiss researcher couple, claims to have done so. Essentially, they subjected a group of students to a series of cognitive tests of increasing difficulty. They found to their surprise that solving harder problems somehow resulted in greater fluid intelligence. However, many subsequent studies failed to replicate it. But Johnson is on a different track altogether. He is not interested in nudging the brain from the outside. Like the decoders of the double helix, he wants to first decipher the code that governs the life of neurons, which in turn, informs intelligence, and then devise prosthetics that can do the same.

It’s too early to say whether his gamble will pay off. Even if his project could unscramble the messed up memories of Alzheimer’s patients, it would be a great achievement. For now, ordinary mortals seized with intelligence-envy would do well to follow the age-old nostrum of “eat well, exercise well, sleep well” in order to lead a contented life. Alternatively, they can console themselves by the idea, put forward by a Stanford University geneticist, that human intelligence “peaked thousands of years ago and we’ve been on an intellectual and emotional decline ever since”.