No consensus on consciousness 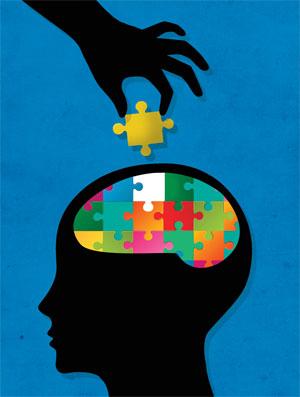 If you are depressed, you could either take a pill that tweaks the gray matter to induce a sense of euphoria, or you could opt for the “talking cure” in which a therapist blows away the blues by finessing your mind. However, even as we use the mind-brain yoyo to fight depression, our sense of how the brain gives rise to the mind, or how the mind works on the brain, remains at best a muddle, and a frustrating mystery, at worst.

This elusive play between mind and matter—immortalised by the French philosopher Rene Descartes’ aphorism “I think, therefore I am”—lies at the heart of the conundrum of consciousness. It’s a little weird to imagine an “I” trying to unravel itself. But the alternative—of alienating yourself from the very thing you want to grasp—is no less freaky. Descartes tried to jump over this treacherous mind-brain abyss, claiming both are autonomous spheres, albeit linked in the pineal gland. But he had no explanation for why this tiny organ should be the privileged go-between.

Despite this inherent glitch, most religions subscribe to some variety of dualism. However, most contemporary philosophers and scientists reject it in favour of a single fundamental material reality, even though there is no consensus as yet on how the brain generates the mind. The Australian philosopher David Chalmers dubbed it the “hard problem” of consciousness. He considers explaining cognitive attributes, such as memory, perception, and learning as the “easy problem”. He believes science will eventually crack all the “easy problems”, but the “hard problem”—why and how all these processes translate into experience—will never be solved by the human mind.

Last month, Edward Witten, a theoretical physicist at Princeton University, added his voice to the chorus of naysayers, deprecatingly called “mysterians”, that includes luminaries like Noam Chomsky, Roger Penrose, and Steven Pinker. And yet, ironically, the field of consciousness studies has never been more vibrant and happening. Panoply of insights from disciplines as disparate as psychology, biology, neuroscience, and computer science are coming together to conjure up the magic wand that pulls the rabbit of consciousness out of the hat of brain.

In the early 1990s, Francis Crick, who along with James Watson and Rosalind Franklin unraveled the structure of the double helix, proposed that consciousness is nothing but an emergent property of the collective feverishness of millions of neurons. Taking cue from Crick’s hypothesis, biologist and Nobel laureate, Gerald Edelman, proposed that consciousness could be explained as the result of the Darwinian struggle amongst tribes of neurons. Around the same time, mathematician Roger Penrose equated consciousness to the cold calculus of subatomic particles in brain cells. Likewise, some computer scientists have likened the brain to a computer and posited the existence of a neural code that, like the genetic code, translates neuronal noise into the rhythms of perception, memory, emotions, and eventually into consciousness. As if these flights of imagination were not fanciful enough, neuroscientist Giulio Tononi proposed the Integrated Information Theory, which claims that any physical system, including the human brain, could be said to be conscious if it crosses a certain threshold of complexity. Many scientists reject this idea for its occultist overtones as it resonates with the panpsychism of religious philosophies such as Vedanta and Mahayana Buddhism.

Nevertheless, frustrated by the lack of a cogent explanation of how the brain brews consciousness, some philosophers and scientists, including Chalmers, are veering towards panpsychism. Clearly, there is a carnival of consciousness theories going on. As Chalmers said at a recent conference, “There is nothing like a consensus theory or even a consensus guess.” If mysterians like Witten are right, scientists might be well advised to devote their intellect to more realistic pursuits. But if not, we can expect more daring adventures along the mind-brain Mobius strip. Who knows some day in the future, computers might become smart enough to hold interesting conversations with human minds, or we might be able to download consciousness into our computers.