NASA’s James Webb Space Telescope is scheduled to launch into orbit and usher in the next era of astronomy December 18, 2021 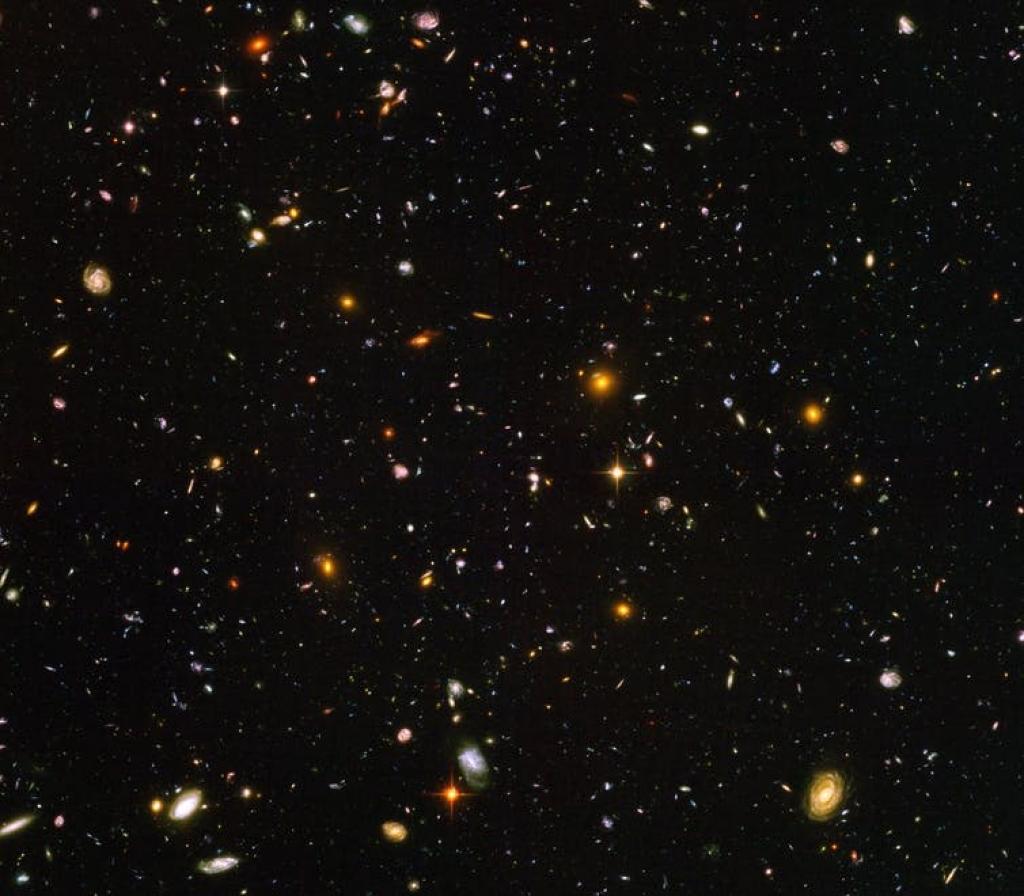 Some have called NASA’s James Webb Space Telescope the “telescope that ate astronomy.” It is the most powerful space telescope ever built and a complex piece of mechanical origami that has pushed the limits of human engineering. On Dec. 18, 2021, after years of delays and billions of dollars in cost overruns, the telescope is scheduled to launch into orbit and usher in the next era of astronomy.

I’m an astronomer with a specialty in observational cosmology – I’ve been studying distant galaxies for 30 years. Some of the biggest unanswered questions about the universe relate to its early years just after the Big Bang. When did the first stars and galaxies form? Which came first, and why? I am incredibly excited that astronomers may soon uncover the story of how galaxies started because James Webb was built specifically to answer these very questions.

The ‘Dark Ages’ of the universe

Throughout this time, space was filled with a smooth soup of high-energy particles, radiation, hydrogen and helium. There was no structure. As the expanding universe became bigger and colder, the soup thinned out and everything faded to black. This was the start of what astronomers call the Dark Ages of the universe.

The soup of the Dark Ages was not perfectly uniform and due to gravity, tiny areas of gas began to clump together and become more dense. The smooth universe became lumpy and these small clumps of denser gas were seeds for the eventual formation of stars, galaxies and everything else in the universe.

Although there was nothing to see, the Dark Ages were an important phase in the evolution of the universe.

Looking for the first light

The Dark Ages ended when gravity formed the first stars and galaxies that eventually began to emit the first light. Although astronomers don’t know when first light happened, the best guess is that it was several hundred million years after the Big Bang. Astronomers also don’t know whether stars or galaxies formed first.

Current theories based on how gravity forms structure in a universe dominated by dark matter suggest that small objects – like stars and star clusters – likely formed first and then later grew into dwarf galaxies and then larger galaxies like the Milky Way. These first stars in the universe were extreme objects compared to stars of today. They were a million times brighter but they lived very short lives. They burned hot and bright and when they died, they left behind black holes up to a hundred times the Sun’s mass, which might have acted as the seeds for galaxy formation.

Astronomers would love to study this fascinating and important era of the universe, but detecting first light is incredibly challenging. Compared to massive, bright galaxies of today, the first objects were very small and due to the constant expansion of the universe, they’re now tens of billions of light years away from Earth. Also, the earliest stars were surrounded by gas left over from their formation and this gas acted like fog that absorbed most of the light. It took several hundred million years for radiation to blast away the fog. This early light is very faint by the time it gets to Earth.

But this is not the only challenge.

As the universe expands, it continuously stretches the wavelength of light traveling through it. This is called redshift because it shifts light of shorter wavelengths – like blue or white light – to longer wavelengths like red or infrared light. Though not a perfect analogy, it is similar to how when a car drives past you, the pitch of any sounds it is making drops noticeably.

By the time light emitted by an early star or galaxy 13 billion years ago reaches any telescope on Earth, it has been stretched by a factor of 10 by the expansion of the universe. It arrives as infrared light, meaning it has a wavelength longer than that of red light. To see first light, you have to be looking for infrared light.

Telescope as a time machine

Telescopes are like time machines. If an object is 10,000 light-years away, that means the light takes 10,000 years to reach Earth. So the further out in space astronomers look, the further back in time we are looking.

Engineers optimized James Webb for specifically detecting the faint infrared light of the earliest stars or galaxies. Compared to the Hubble Space Telescope, James Webb has a 15 times wider field of view on its camera, collects six times more light and its sensors are tuned to be most sensitive to infrared light.

The strategy will be to stare deeply at one patch of sky for a long time, collecting as much light and information from the most distant and oldest galaxies as possible. With this data, it may be possible to answer when and how the Dark Ages ended, but there are many other important discoveries to be made. For example, unraveling this story may also help explain the nature of dark matter, the mysterious form of matter that makes up about 80% of the mass of the universe.

James Webb is the most technically difficult mission NASA has ever attempted. But I think the scientific questions it may help answer will be worth every ounce of effort. I and other astronomers are waiting excitedly for the data to start coming back sometime in 2022.