South Asia: A Trash Can?

It's time South Asian countries took Iaction to tackle the POP menace. To begin with, they should tell the West that South Asia is not a dirty clumpyard where they can get rid of their toxic wastes 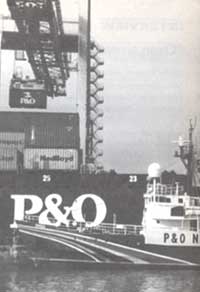 OF LATE there has been a growing awareness in South Asia to the new dangers posed by persistent organic pollutants (POPS), often referred to as the "dirty dozen". Pops are toxic organic compounds which, once released, continue to linger in the atmosphere and can pose serious health risks in the long run. At present, countries worldwide are caught up in a move to seek ways and means of tackling this growing menace.

In the second week of November, Green peace, an environmental organisation, organised a three-day skill-sharing workshop on POPS in Delhi. People from various Indian states as well as Pakistan, Nepal, Bangladesh and the Philippines participated in the workshop. Several experts from the West also shared the available information they had in dealing with the deadly pollutant.

So far, the civil society in South Asian countries has been preoccupied in dealing with more perceptible and immediate threats, such as air and water pollution, deforestation and overpopulation. Increased interaction with environmental groups from the West has, however, armed them with better knowledge about POPS.

A realisation that proactive steps is the need of the hour has also contributed significantly to this state of affairs. In India, for instance, the adverse effects of imported hazardous wastes has received a fair amount of attention. The judiciary, acting on a public interest litigation, began cracking on government agencies responsible for regulating and monitoring the trade. Needless to say, the agencies did not have the faintest clue about POPS.

Many government agencies in many South Asian countries are no different. Pakistan and Nepal, for instance, have huge stockpiles of obsolete pesticides which display POP characteristics. Most of the pesticides came as a part of an aid package to combat the spread of diseases like malaria and kala azar. Stored in warehouses in residential areas and alongside schools, there is no saying on the health hazards these chemicals pose to the people living in the vicinity.

There are an estimated 1,935 stockpiles of pesticides in 41 agricultural districts of Pakistan. In the late 1970s, when pesticide trade was privatised, imports increased in leaps and bounds. Interestingly, in Pakistan, the stockpiles have reduced due to pilferage. But no one knows where or how the chemicals are being used. It has been estimated that in Sahiwal district of Punjab, Pakistan, 70 tonnes of pesticides had been lost "due to leakage or container deterioration".

No one knows how to get rid of these stockpiles. In Nepal, attempts to incinerate these stockpiles drew protests after workers in the vicinity of the cement kilns, where they were being burnt, fainted.
The situation is no different in India. Pesticides, the registration of which is supposed to have been withdrawn by the government, are sold openly in hardware stores. Thus, while on paper a number of such chemicals are non-existent, the reality is quite the opposite. For the officials, "it isn't supposed to exist, and so it doesn't." The fact that it is regularly exported to Austria, Belgium, Malaysia and Nigeria, to name a few, is of no concern.

India is the regional heavyweight. Government officials in neighboring Bangladesh and Nepal candidly admit that their success in pest management depends on how effectively India implements its own laws. Therefore, even though usage may be banned in these countries, unlimited supplies from India ensures that they are available in Bangladesh and Nepal.

India, on the other hand, faces a two-pronged threat: that of usage and the dangers from indiscriminate dumping of wastes. Despite the fact that it is a global giant when it comes to production of pesticides, chemicals and pharmaceuticals, India does not have a hazardous waste landfill worth speaking of. Toxic effluents and sludge are routinely dumped all over the countryside, thereby contaminating groundwater and ruining agricultural lands. Besides, it causes unknown harm to agricultural and industrial workers and all those who come into contact with the wastes. In the industrial estates of Gujarat, for instance, rag pickers and scavengers virtually live alongside mounds of solidified sludge.

Even the hazardous waste landfills that are being constructed are disasters in the making. Though these landfills are being made in consultation with an Indo-German cooperation project, it could pass off only as sanitary landfills in Germany. When questioned about environmental ethics, everyone involved pleads lack of funds.

In the West, leakage from landfills, which are far more technologically superior than those being constructed in India, have cost governments millions of dollars in cleanup operations. But India is all set to save some money only to spend it in triple-fold in the not-too-distant future. Not only is the logic inexplicable, it is dangerous.

Chemicals such as H-acid (a water soluble inorganic acid), whose production is banned in 117 countries worldwide, is manufactured in four Indian states. In a well documented incidence of industrial pollution in Bichhri, Rajasthan, ii-acid production ruined groundwater and agricultural lands in the region. Just six months of production had caused damages estimated at Rs 5 crore. Recent reports from Ratlam, Madhya Pradesh, indicate identical damage caused by H-acid production. Thus as an important producer of chemicals, the problem in India assumes massive proportions.


As if this state of affairs is not bad enough, India is also the destination of other dangerous industry: ship-breaking. Almost at the same time as the workshop in Delhi, activists from Green peace and the Basel Action Network (BAN) boarded a ship, Encounter Bay, and hung a banner reading "Stop Dumping on Asia" at a port in Barcelona, Spain. This ship was destined for a ship-breaking port in Asia - either Pakistan, China or Alang in India.

All types of ships - oil tankers, nuclear-powered ships and gunboats - are broken up in ship "morgues" in South Asia. They are often lined with traces of hazardous substances like asbestos, lead paints, heavy metals and polychlorinated bipherryls (PCBs). The activists have been demanding that these hazardous substances be removed from the ships before being sent for scrapping. With zero safety standards, South Asia is the preferred haven for cost-cutting shipping managers in the developed countries.

Results of studies carried out by the Central Pollution Control Board lend credence to the argument that the ship-breaking industry has seriously damaged the ecology of Alang. The studies show that the coast off Alang is heavily contaminated by a host of chemicals released into the environment when the ships are broken. The damage mused to the local marine population is substantial. Workers in these informal "yards" work with no proper protection. Injury and death stalks Alang.

Unless the ships-for-scrap are cleaned of hazardous substances, they must be considered "contaminated metal scrap" and, therefore, subject to the Basel Convention which controls trans-boundary movements of hazardous wastes and their disposal. Since the export of hazardous waste from Organisation of Economic Cooperation and Development (OECD) -countries to non-OECD countries is governed under the convention, with some metals completely banned, this trade must be allowed to continue only if exporting countries de-contaminate ships to be acceptable to the rules of the Basel Convention.


The ongoing efforts are small as compared to the Went of the problems. But, at the same time, they are essential. South Asia can learn from mistakes that the developed countries had committed. Whether this translates into any significant gain is yet to be seen.

At the international level, negotiations are on to address the use, production and release of an immediate list of 12 POPS - aldrin, endrin, DDT, chlordane, heptachlor, toxaphene, hexachloroberizene, dieldrin and merix, Pcits, dioxins and forans. This process is expected to culminate in the adoption of a legally binding convention by the year 2000.

But, as far as the reality in South Asia is concerned, these talks could be taking place in another planet. The sanitised corridors and chambers where such talks are held is, indeed, in another planet where controls work, accountability is sacred, adherence to the law is considered supreme. Until such time, where a similar environment is created, South Asia will remain a dirty dumpyard.