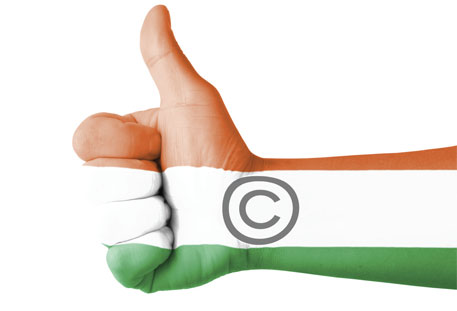 To have one country challenge the mainstream view on intellectual property rights (IPR) may not be such a threat. It is quite another matter when more nations begin to follow suit. Then you are looking at the beginnings of a global insurrection that could undermine the basis of Western supremacy. Or so the US believes. This helps explain why the US trade authorities and powerful business lobbies targeted India on its IPR regime.

That the entire trade machinery of the world’s mightiest economy should have been galvanised just because two European firms ran afoul of India’s patent laws stretches credulity. The celebrated cases involve Basel-based Novartis which was denied a patent for its cancer drug Glivec because it lacked novelty and Bayer of Germany on whose costly Nexavar cancer drug a compulsory licence was issued.

So why were the Americans making such a ruckus over India’s patent law which is fully compliant with global rules on IPRs? Admittedly, some key provisions of the landmark Patents (Amendment) Act of 2005 have raised the bar for multinational drug companies wanting to extend their patents beyond the original 20 years on incremental changes to a molecule they have discovered. But the true reason for the onslaughts on India’s patent regime are to be found in the testimony of Roy F Waldron, chief intellectual property counsel of US-based Pfizer.

In a written submission to the House ways and means subcommittee, Waldron had let the cat out of the bag when he said that India’s leadership in this sphere was making US companies nervous. “Since many other countries look to India as a leader and an example, India’s actions reverberate far beyond its borders. We have seen several countries adopt policies similar to India’s, which are leading to a worldwide deteriorating trend on intellectual property.”

The last bit, of course, is an exaggeration. There is the United States Trade Representative’s (USTR) hectoring annual review of the IPR record of trading partners that forces most countries to fall in line. And yet, a significant clutch of countries appear to have been inspired by India’s clear-cut norms on what is patentable to change, chop and alter their own regulations on pharma patents. This becomes clear from the USTR’s Super 301 Report which complains about the rules in countries as diverse as Brazil and Canada.

The most troublesome of the Indian provisions for drug multinationals is Section 3d which bars patents for incremental changes to an existing drug unless these can prove enhanced efficacy. It is this key safeguard that appears to have inspired a handful of other countries to define patentability of drugs in no-nonsense terms. Argentina, for instance, has tightened the criteria for the granting of patents by putting compositions, dosages, salts, esters and ethers, polymorphs, and other derivates of a molecule under a strict scanner. The guidelines used by the South American nation are a carbon copy of India’s Section 3d. Then there is Brazil whose actions are making the US distinctly edgy. Its health authority, the National Sanitary Regulatory Agency, has been authorised to review drug patent applications for patentability requirements. Canada appears to have gone a step further with its judiciary imposing heightened utility requirements for patents.

It is absolutely vital that more such countries band together to establish a balanced approach to patents before a lethal trade agreement is concluded. Under negotiation is the Trans-Pacific Partnership treaty through which the US is seeking to advance its most ambitious IP maximalist agenda. It goes way beyond what the World Trade Organization rules demand and it needs to be stopped.