The madness of software patents

India’s patent law excludes software per se, yet over a thousand patents have been granted 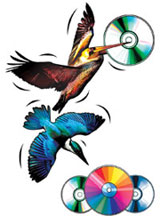 Per se is a straightforward term meaning by or in itself. Those who use it are pretty clear what the Latin-origin term signifies.And that’s what our lawmakers must have also believed when they used it in the 2005 amendment to India’s Patent Act.

But unaccountably this particular term has turned out to be prone to misuse more than anything else in the country’s patent law, leading to a host of software patents that should never have been granted in the first place. So me have been challenged and many more are set to be opposed in the courts but what is clear is that patent examiners in India have learned nothing from the anarchy in the US where the liberal grant of patents to software programmes and business methods has resulted in the biggest logjam in the courts. Patents cripple innovation and creativity by blocking access to data format specifications—and they hurt everyone.

A scan of the current patents disputes reveals how expensive and destructive these suits are.

This list is merely illustrative of the madness out there. It is precisely to avoid such anarchy that India’s law was so formulated as to exclude software and business method patents. Here is what Section 3 (k) of the Patent Act says cannot be considered inventions: a mathematical or business method or computer programme per se or algorithms. In other words, computer programmes are a kind of algorithm just as algorithms are a kind of mathematical method. One reason for this exclusion is that computer programmes are protected by copyright in India and it was not thought necessary to provide additional protection through patents.

But lawyers being what they are, have set their sharp legal brains to assay what “computer programme per se” could be made to mean—encouraged, of course, by firms keen on pat - ent protection for software applications and business methods. The result is pretty dismaying: hundreds of patents granted in recent years, setting at naught the intention of the law. The Bengaluru-based Centre for Internet and Society (CIS) offers some estimates of the number of software patents granted in India. It says around 200 software patents have been granted till date (applications have been filed since 1999), another 1,000 patents were given for inventions which use the term ‘computer’ in the abstract describing the invention.

Krithika Narayana of CIS explains that actual numbers are hard to come by because there is no category for software patents. Thus, applications may be described as either ‘computer-based’ or ‘computerised’ or ‘computer implemented’ systems. However, most software patents are concentrated in the group of patents with G06F as their classification. The figures have been culled from this category. There is more bad news. Hund reds of software patent applications are in various stages of examination, opposition and grant which have not been included in the CIS tally. How has all this come about?

Most applicants manipulate the term ‘computer programmes per se’ to obtain patents for computer programmes run in combination with hardware (even though the hardware only executes the programme and has no ingenuity of its own) or software embedded in a machine (embedded systems). Clearly, the patent office has been wrong in granting such patents.

To end this, CIS, working in tandem with Knowledge Com - mons and Software Freedom Law Centre, is set to challenge a software patent. Hopefully, it might stop the tide. Otherwise, the consequences are scary. As Richard Stallman, the guru of free software, said, “If people had understood how patents would be granted when most of today’s ideas were invented, and had taken out patents, the industry would be at a complete standstill today.”