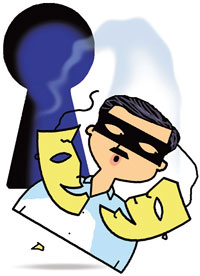 If politics is the last refuge of the scoundrel, national interest is the best excuse of the tainted. The most amazing fallout of the Niira Radia tapes is the desperate need that businessmen suddenly feel for all of us Indians to march to the drumbeat of national pride and brush aside the biggest scandal to hit the country after Independence. Forget the muck, they say; the muck should not have been raked up at all in the first place. All that it does is to sully India’s image. Never mind that every institution of governance has been “managed” along with media stars who pander to the business lobby. Never mind that the ruling coalition and the previous government have both been guilty of bending policy to suit special interests. Never mind that serving and retired bureaucrats have been compromised, so thick with business that it astonishes even the American establishment famous for its revolving doors between commerce and government.

Instead of introspecting on how seriously wrong our democracy has gone, we have been subjected to Operation Gloss Over, a campaign orchestrated by unctuous journalists who show up the media in as poor a light as in the Radia tapes. Privacy is at stake, national interest is at stake and so is growth. “There is a bigger issue of the nation…We have all to be proud of what we have done in India, we have got to be proud of our prime minister, we have got to be proud of the success we have. It’s terrible if we as a nation destroy ourselves and whoever is doing this kind of thing (leaking tapes) needs to consider themselves not a hero of the nation but in fact as one of the villains who would bring down this nation...”

That’s Ratan Tata of the house of Tatas and as iconic a business leader India can get. Mr Tata is at the centre of the controversy in which Radia, arguably the most powerful lobbyist anywhere, is trying to ensure that his company gets additional spectrum from the telecom ministry for its mobile services. To that end Radia is revealed as a manipulator par excellence of the media, of the bureaucracy and the political establishment, getting the right man appointed as telecom minister, managing parliamentary debates and just about running the country. None of this matters really, I guess, if it “would bring down the nation”, as Mr Tata fears.

National interest, it appears, was what prompted at least one exbureaucrat- turned-parliamentarian to lobby for tax breaks for India’s largest company Reliance Industry that would have deprived the exchequer of Rs 81,000 crore— close to half what the 2G scam has cost us. What N K Singh, a high-profile bureaucrat and now Rajya Sabha member from Bihar for the Janata Dal (United), says is that he was doing it for the nation’s energy security. Singh’s disingenuous explanation: his advocacy was not for Reliance but for the country as “a broader national energy strategy”, as he told reporters.

Then there is Deepak Parekh, HDFC chairperson and member of the most prestigious corporate boards in the country. He is upset that the glowing India story will be tarnished if we continue to be obsessed with the murky disclosures in the leaked Radia tapes. Therefore, it is the idea what constitutes the “India story” that makes the perceptions of these worthies interesting. Here is Mr Parekh expatiating on the theme, again with The Indian Express Editor-in-Chief Shekhar Gupta who also aired Mr Tata’s worries: “Everything was going so well a few months ago. We were the darling of the Western world and multinationals and everyone wanted to invest money in India. And suddenly, there is a snap…it has really taken the wind out of our ambitions.”

But Mr Parekh shouldn’t worry too much. India is still a good investment bet for multinationals because we offer a system that suits them. It’s important to remember that however low India’s rankings on integrity—Transparency International places us 87th on a list of 178 countries on its International’s Corruption Perception Index for 2010—it has not deterred MNCs from making a beeline for this country.

A country where policies can be formulated, or manipulated, to benefit vested interests is clearly an ideal destination for investment—domestic or foreign. In fact, cumulative foreign investment topped US $169 billion in the last decade, investment which came despite the decline in India’s Integrity Score since 2008.

And yet, it is the nervousness broadcast by business leaders that has caught Prime Minister Manmohan Singh’s attention. The Prime Minister, himself a key figure in the scandal and censured by the Supreme Court because of his inability to get the telecom minister to follow policy, has promised that further leaks of surveillance conversations will be plugged and there will be a privacy law soon.

Does he have anything to assuage the concerns of ordinary Indians who fear the system is loaded against them?