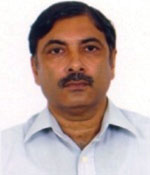 A resilient ecosystem can regain its equilibrium even after a major natural disturbance. But human interference is robbing ecosystems of their resilience, pushing them beyond recovery. Following the cloudburst in mid-June, Uttarakhand is on the brink of such an ecological disaster.

The Uttarakhand government is majorly responsible for the cataclysmic floods. Over the years, it has ignored the fragile mountain geology of the state, allowing unbridled construction of dams, tunnels and roads in vulnerable areas and hazard zones. Hoteliers and real estate developers have been on a construction spree along riverbanks to maximise economic benefits from tourism. Lack of regulations, reluctance in enforcing existing regulations and greed to profit from the burgeoning number of pilgrims have allowed townships to develop around sacred shrines in the upper reaches of the mountain, putting immense pressure on its delicate ecology.

Worse, the native oak forests, whose root systems bind the soil, are being replaced with commercially valuable pine plantations that yield timber, turpentine oil and pine needles. These tropical trees can be seen replacing alpine trees even at higher altitudes.

Following the floods, suggestions have poured in to implement sensible recommendations offered in the past. Hazard zonation based on the geological and geophysical input is, of course, a basic task. The most essential is an alternative development model that balances the hydropower potential of the region with environment concerns and offers livelihood opportunities while maintaining the integrity of the ecosystem.

The Indian National Trust for Art and Cultural Heritage (INTACH), whose survey team was at Gangotri-Harsil-Maneri-Uttarkashi axis between June 14 and 22, has some pertinent recommendations.

Since 1980, about 45,000 hectares of forestland has been diverted in Uttarakhand. Sixty-eight per cent of the diverted forest was felled after the state was carved out of Uttar Pradesh in 2000. The largest chunk of forestland has been diverted for constructing roads, followed by hydropower projects and transmission lines. It is not surprising that areas worst affected by the floods—Chamoli, Rudraprayag, Uttarkashi and Pitthoragarh—are the ones where most forests have been diverted for non-forest purposes. Reforestation with native species that not only thrive in the region but also aid soil and water conservation should be part of the state’s policy on conservation of forest and environment.

Uttarakhand must also have a population distribution policy, with bulk of the population settled in the terai plains. The policy should restrict expansion of towns in mid-altitudes and ban construction above the tree line, barring exceptional cases. The policy would have to be built around stringent town planning and building regulations; economic incentives and disincentives of location; and encouragement of livelihood opportunities in lower altitudes through state investment. Building rules of the plains should not be allowed in the hilly terrain. So the state needs to revisit its policy that allows three-to-five-storey buildings in the hills. Private townships that employ JCB machines to gouge out hillsides should not be permitted beyond 1,000 metres above the sea level. Spatial planning must be extended to the village level to prevent haphazard growth. The state government must appoint an urban arts and landscapes commission to prevent uglification of pristine hillsides. The town planning department needs to be adequately staffed and empowered. 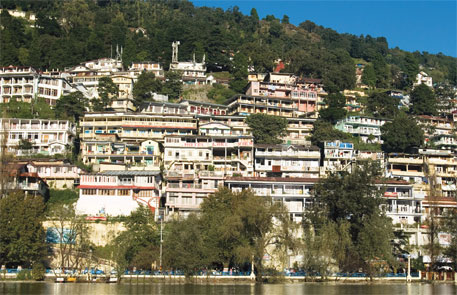 Another fallout of unregulated urbanisation is the use of tube wells at higher altitudes. These deep bores dry out soil moisture and springs downstream, affecting vegetation and slope stability. Tubewells should not be permitted beyond 1,000 metres above the sea level. This policy measure will help restrain urbanisation in the middle and upper reaches of the mountain.

The reticence to regulate shows in other vital areas. For instance, strip development is rampant across the state, choking roads. The minimum right-of-way laid down under the Uttar Pradesh Roadside Land Control Act is never enforced. During the recent disaster, movement to the unaffected Yamunotri axis would have enabled greater survival and faster relief. So, lateral (east-west) all-weather roads need to be constructed south of the Gangotri glacier and at mid-altitude to enable lateral movement between various north-south axes.

Damage due to torrential flow in rivers cannot be contained by shallow abutments. Roads need to be built away from the highest flood levels of rivers. Outer bends of rivers, which receive the maximum impact of stream-driven boulders, should be identified and strengthened.

The state tourism policy should be guided by the principles of sustainable tourism. Age-old shrines need to be restored to the original state of isolation to regain their sanctity. This can be done by relocating the ugly service towns that surround the sites and disrupt their aura of antiquity. Several old walking trails that have been abandoned in favour of roads can be developed into an alternative evacuation network. In good times they can be used as trekking routes, bringing economic benefits to inaccessible hamlets.

Safety assessments of development projects from geological point of view is not given due emphasis. As per the Environmental Impact Assessment (EIA) Notification, 2009, of the Ministry of Environment and Forests, all state highway projects, especially those located higher than 1,000 metres above the sea level, and all projects located at an altitude of 1,000 metres and above are required to undergo EIAs. But more often than not EIAs are compromised to ensure that projects get through. The state should thus adopt an approach of strategic environment assessment, including biodiversity assessment, for each valley, nipping undesirable projects in the bud. It is necessary to evaluate the current status of dams to assess the loss of storage capacity, revise their life span figure and reassess the utility of the worst-hit projects. It should not shy away from decommissioning a few projects as warranted to prevent disasters.

Uttarakhand has a large number of ex-servicemen who can be trained in disaster management, rescue and relief. Given the state’s topography, geology and climate, hazard zones are widespread. Preventive measures are necessary to save the state economy from further losses. For example, there is a risk that the massive hills on the north-eastern side of the Nainital Lake might slide into the lake. Hence, rope bridges, advanced helipads and landing strips, emergency stocks and shelters in the upper reaches should become a permanent feature, ready for use at short notice.