A story between ‘legal’ and ‘illegal’

Nobody knows (or rather, nobody wants to say) who will regulate the “permissible” and ensure that what is not permissible does not flourish 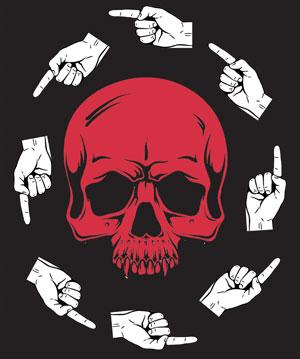 I am writing an incomplete story. But I need you to follow me as I learn more. Shiv Vihar is a “non-conforming”—where industrial activities are being done, which is not in conformity with its stipulated land-use—colony located in the eastern part of Delhi.

Some months ago, a leading daily newspaper did an exposé of the high cancer incidence in this area, which investigations linked to pollution from the many small-scale industrial units engaged in dyeing jeans. The water had turned blue. This shocking story got the attention of the Delhi High Court. The acting chief justice took suo moto notice of the matter and the case is ongoing.

The issues of enquiry are as follows. First, who is responsible for allowing this industry in a colony, where this use is strictly banned? The Central Bureau of Investigation has been asked by the court to examine witnesses and to establish culpability of the officials who allowed this to happen. Second, what can be done to provide healthcare to the victims. The Delhi State Legal Services Authority has been asked to work with agencies to ensure this. Third, what can be done to clean the contaminated groundwater on the site? I have been asked by the court to assist in finding solutions on this issue.

Before we can suggest solutions, we have tougher questions: What is the state of pollution and how bad is the contamination? Only after knowing this answer can there be a plan for remediation. For this, under the Water Act 1974, only authorised agencies can collect samples and only authorised laboratories can test the samples to check for contamination. In this case, the Delhi Pollution Control Committee (DPCC) appointed a third-party agency authorised by it to collect and analyse water. The test report showed that there was virtually no contamination in the area. The results of the 42 samples tested showed that pollution was negligible and contaminants were “not-detected”. I then asked for the chromatograms of the tests to understand more. By the time this article has gone to press, the chromatograms have been sent; these show impurities but it is still difficult to conclude anything. I have asked for more information. As I said, this story is in progress. I will update you as I gather something from these reports.

But this is the nub of the issue—in many such cases we know where pollution exists, we can see it but we cannot prove it. The problem can be the sampling procedure; the problem can be the testing method; or the problem can simply be that the tests were not done with adequate precision or care. The problem is also that laboratories that can do such tests are few. But without good quality and rigorous forensic science there can be no proof and hence no conviction. This is the pollution story of not just Shiv Vihar, but of the many Shiv Vihars that exist in the country.

Then there is the question of why this massive contamination in Shiv Vihar occurred in the first place? What is the institutional and regulatory failure that has led to this situation? The fact is Shiv Vihar under the Master Plan of Delhi 2021 (MPD ) is under the category of unauthorised/regularised unauthorised colony. In other words, it is an unplanned area. But its land-use is residential. Therefore, industrial activities are not allowed here, except for those that are classified as permissible “household” industry.

In 2004, the Supreme Court directed that all non-permissible industrial activities in such non-conforming areas would be shut down. It gave detailed directions that water and electricity would be disconnected and if this “illegal” activity continued it would be sealed. Textile dyeing industry was a not-permissible activity. It should have been shut down.

This direction was reiterated in MPD 2021, which was first issued in 2007 and amended in 2008 and 2009. It also provides a list of household industries that are permitted in “residential” areas. But this list also does not include textile dyeing.

The catch is that nobody knows (or rather, nobody wants to say) who will regulate the “permissible” and ensure that what is not permissible does not flourish. Also, in DPCC’s view, industrial activity is only permitted in authorised and designated areas and so, if it is operating outside, it is illegal, irrespective of the fact that it is polluting or not. So, it is the task of the land owning agency, in this case the municipality, to shut it down. Then, even if the municipality shuts it down because of “misuse”, the penalty in court is a mere R5,000. So, pay and get away. In this way, there is absolutely no regulation on the pollution caused by these industries.

The reason this becomes such a serious enquiry is that if the illegal is allowed to happen, indeed flourish and expand, then all the actions to mitigate and manage pollution in the legal areas come to naught. This one case of Shiv Vihar opens up important questions with huge ramifications. So, will there be No-More-Shiv Vihars? Or will the pollution business continue as usual. The outcome of this case will tell us and I will keep you informed.