The Illimala 'thodu' originating from the Pamba river at Moozhikkal. Photo: Alex George

One of the main reasons for the 2018 floods in these areas was the blockage in flow of water from the Pamba river through the thodukal (canals) in the area. These canals have been nature’s own drainage system for draining rain water from the land into the rivers and in between rivers.

In several meetings with people’s representatives in the three-tier panchayat system, the legislator of Chengannur and the people of Pandanad, everyone pointed out that the rejuvenation of these canals, once used for transport and irrigation, was the only way to prevent or at least mitigate the impact of major floods.

People at Kodiyattukara near Moozhikkal, where the Illimala canal originates, said that even kettuvallangal (cargo boats) carrying farm produce from the area used to navigate through the canal into the Pamba river, all the way to Alappuzha town to sell.

Siltation of canals and drains, particularly post-flood, and disposal of solid waste into rivers affecting their carrying capacity, thereby increasing the likelihood of floods, has been highlighted by the state government’s policy document on the Rebuild Kerala Initiative.

Several schemes announced in Kerala's 2019-20 Budget such as the new Kuttanad package, which includes desilting and cleaning of backwaters and rivers in the region and the scheme for rejuvenating 24 rivers on the lines of the Varattar address the above concerns.

Varattar was a dead river flowing through the area. Once revived, it could absorb a good amount of water from the Pamba during the 2018 floods, partly limiting its impact.

One of the longest canals in Chengannur and its neighbouring areas is the Illimala - Moozhikkal thodu, otherwise known as Illimala canal, which stretches up to 12 kilometres.

In meetings with Chengannur legislator Saji Cherian and the officials of the minor irrigation department, we came to know that the state government has allotted funds to initiate the rejuvenation of the Illimala canal.

The people of Pandanad, through which the Illimala canal passes, were of the firm view that the encroachment and reclamation of various canals and rivulets for habitational and commercial purposes and for construction of roads and pathways did affect the natural flow of water from the rivers during the floods. 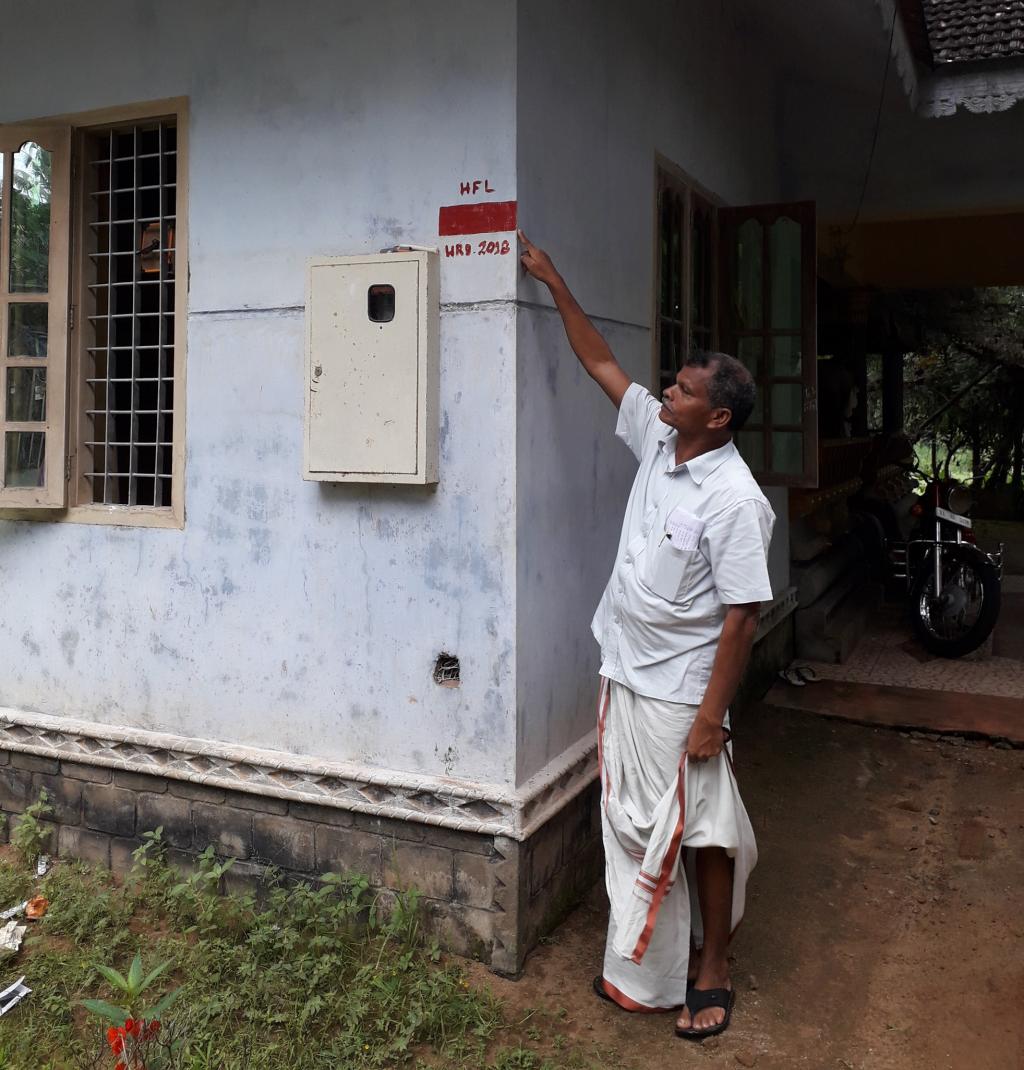 They also mentioned that sand mining, that used to be rampant in the Pamba, also affected the natural flow of water. They pointed out that trees like Attuvanchi and bamboo, which used to be plenty on the riverbanks and could hold the land and withstand floods are not used that much nowadays.

These are being replaced by stonewalls, which are not as effective in holding land. They also expressed concern that in the summer that followed the floods, many wells in Pandanad had dried up. Water in the few wells that had water was not drinkable and was causing various infections including urinary infection among women.

A report on sand auditing in the Pamba, commissioned by the state government (C-Graf 2014) points out: “Almost all canals (brooks) converging on to the Pamba carry with them, huge quantities of household waste”.

It says: “In low-lying areas of the river (Pamba) as well as where the flow is very less, one can see huge amounts of waste piling up” and that this is “predominant in areas near Parumala and the boundary areas of Pandanad and Thiruvanvandoor”, in and close to the flow route of Illimala canal.

This report highlights that large-scale land encroachment in all canals for increasing landholdings or expanding pathways, have resulted in the reduction of their width. It also mentions about the absence of retention walls in some areas.

Another government-supported study report, on Integrated Watershed Management Programme for Chengannur Block (GITPAC), notices the broken state of canals and bunds in Chengannur block and silt deposition affecting the natural flow of water.

The report suggested side protection of canals, cleaning and deepening them as well as desilting.

The rejuvenation of Illimala canal is likely to start now, as the Northeast monsoon has ended and the summer has set in early, keeping the rains distant till the onset of the Southwest monsoon by early June.

The canal originates from Moozhikkal in Chengannur municipality, flows to Puliyoor panchayat, then to Budhanoor panchayat and then on to Illimala, with Budhanoor on one side and Pandanad panchayat on the other side and joins a tributary of the Pamba. Flowing further from there for about 100 metres, it finally reaches the Achancovil river.

The natural flow of water in the canal is from the Pamba to the Achancovil, but the flow is influenced by the water level in the two rivers at different times of the year.

In addition to channelising the flow of water between the two rivers, rejuvenating the thodu is also expected to improve the quality of drinking water by raising the water table across a vast area on both sides of its 12-km route and facilitating natural filtration of water.

Rejuvenation will also support paddy cultivation in many padashekharams (a collection of paddy fields with a common outer bund) in the area, which is not possible right now as the choked canal is unusable for draining out water from Punja fields or irrigation. Punja paddy fields follow the Holland model of cultivation, where water is drained out of the fields before beginning a season’s cultivation and is let in from the rivers after cultivation

But the exercise needs to be planned, managed and monitored by and with people. This can be done by involving farmers’ organisations, residents’ associations, co-operative societies, Kudumbasree, MGNREGA workers organisations, students of colleges in the area and similar groups in discussions about rejuvenation.

A wide network of support is necessary not only for making the exercise people-centric, but also for its sustenance, as it can ensure preserving the work done through necessary behavioural changes in the society to which they belong.

Awareness programmes should be launched to prevent waste deposits in the canal, to promote household composting and to prevent encroachments and sand mining. Door-to-door campaigns by college students, outdoor publicity, promoting media campaigns by media-persons are some of the means that could be adopted.

Future encroachment of the canal or its banks should be strictly prevented by law-enforcement agencies. Existing encroachments should be dealt with in a phased manner in the later phases of rejuvenation and sensitive to the poor who may have resorted to it for their dwellings.

As suggested by the people of Pandanad, planting bamboo and Attuvanchi on the banks of the canal would help in preventing erosion.

Undertaking a walk along the banks of the canal with the participation of various organisations and groups of people mentioned above will help in identifying the type of rejuvenation work required at various points of the canal such as desilting, de-weeding, waste clearance etc.

The author is a researcher and writer based out of Adoor, Kerala. He wishes to acknowledge the support of ActionAid, ASK Nair and PM Sathyan. Views expressed are the author’s